An Epic Return to the Cholas

Kalki’s novel has impacted Tamil culture over the past 70 years. It created ‘Tamil pride’ in the all-conquering Cholas who conquered the north by land and Southeast Asia by sea. It has become a point of reference for the perfect novel, illustrated and interspersed with history, yet fascinating as a romance 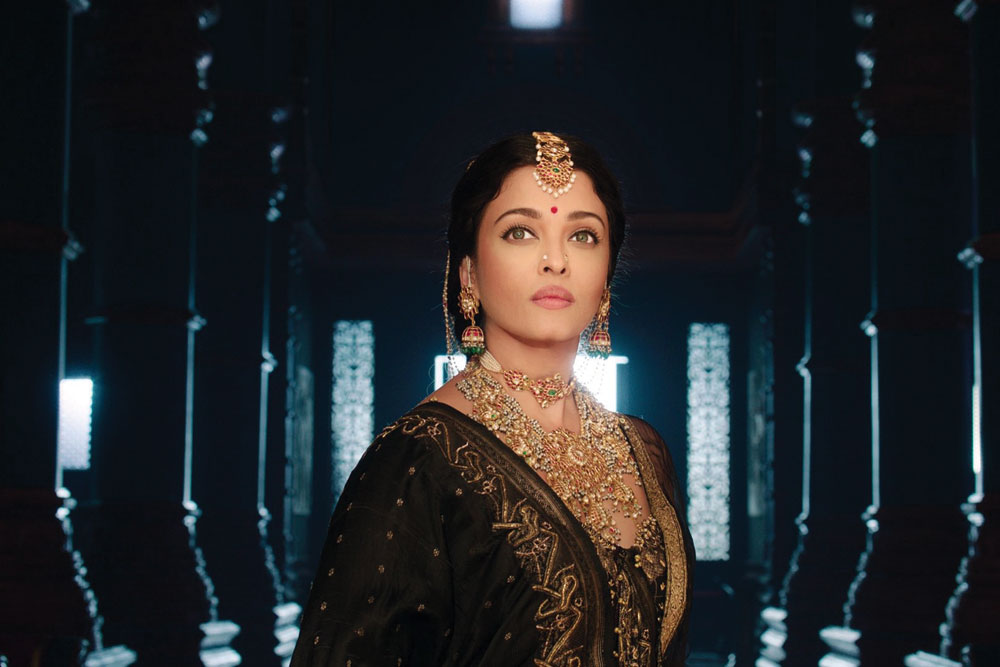 
I WAS INTRODUCED TO Kalki R Krishnamurthy’s Pon­niyin Selvan (“The Son of Ponni”) when its English transla­tion by my uncle CV Karthik Narayanan was published in 1999. Kalki, as he was popularly known, published the story of Emperor Rajaraja Chola (Ponniyin Selvan) as a serial in the Tamil magazine Kalki between 1950 and 1954. It was later published as a five-volume epic. It is probably the greatest novel ever written in the history of Tamil literature. Mani Ratnam has now made the story into a two-part epic movie called Ponniyin Selvan: Part 1.

Ponniyin Selvan: Part 1 belongs to the time when the Cholas, under Sundara Chola, ruled south India. His sons, Aditha Kari­kalan and Arulmozhi Varman (Ponniyin Selvan, later Rajaraja Chola), successfully conquer Kanchi, Lanka and some lands of the Rashtrakutas (753-982 CE). To avenge the death of the Pan­dya king Veera Pandiyan who was killed in battle by Aditha Kari­kalan, a group of Pandyan soldiers scheme against Adithan. The main antagonist of the story is Nandini, who grew up in a priest’s family along with the royal children in Pazhayarai, the ancient capital of the Cholas. She is a creation of Kalki’s imagination, and is described as the foster sister of Azhwarkadiyan Nambi, a Veera Vaishnava spy who works for the Cholas. Nandini and Aditha Karikalan loved each other in their childhood, goes the story, but as the association was disliked by the Queen Mother Sembiyan Mahadevi, Nandini fled Pazhayarai and lived in Madurai with Veera Pandiyan. After Adithan beheads the injured Veera Pandiyan, Nandini joins the Pandya conspira­tors, vows to take revenge on Adithan and destroy the Chola dynasty. She marries the elderly Periya Pazhuvet­taraiyar, Chola treasurer and minister of finance, in order to destroy the Cholas from within. Meanwhile, some Chola chieftains are trying to prevent Aditha Karikalan from ascending the throne and support Sundara Chola’s foster son Madurantakan, who had been raised to become an ascetic. The Chola princes have to out-manoeuvre the Pandyas and Periya Pazhuvettaraiyar. The chief protagonist is Vallavarayan Vandiyathevan, prince of the Vanaras, through whose adventures the story unfolds. He is a bodyguard and close friend of Aditha Karikalan, who sends him to his father Sundara Chola in Thanjavur, to invite him to the newly built golden palace in Kanchi. Although the events are male-centric, three powerful women dominate the story: Nandini, who is plotting the fall of the Cholas; Kundavai, sister of Aditha and Arulmozhi, who is trying to establish peace in a war-torn land; and Sembiyan Mahadevi, who functions as the decision-maker from the bedside of her sick husband.

Mani Ratnam has created a beautiful visual landscape in the movie. It is wonderful to see the flowing River Ponni (Kaveri), from whose waters the child Arulmozhi Varman was rescued by a deaf-mute boatwoman, a mysterious nymph. The forests are thick and green and the land is fresh and unspoilt. He has filmed the story in the forts of Gwalior and Orchha, which may not resemble the Chola forts (now destroyed), but are essen­tial to the story. The palaces are created sets. It is a vast canvas with drama and treachery, manipulative women and fierce warriors, everything that goes to form an epic. The sky-high buildings appear to be a figment of the director’s imagination, until one remembers the descriptions of six-storeyed buildings in Tamil Sangam literature and multiple storeys recreated in Pallava architecture. It is a film filled with exotica.

Kalki’s Ponniyin Selvan was ac­companied by illustrations by the artist Manian, which served as a guide to what the characters should look like. The best example of Mani Ratnam’s attention to detail lies in the elaborate hairstyles of Princess Kun­davai, played by Trisha Krishnan, and Nandini, played by Aishwarya Rai Bachchan. Both the characters resemble Manian’s originals, down to the last detail. All the characters wear the same jewellery and accessories as in the original illustrations. The detailing has extended to the armour, weaponry and even armbands of the male characters. Both Adithan and the Arulmozhi wear ar­mour and jewellery as worn by Kalki’s characters, and even the hilt of Adithan’s sword has been recreated with the same detail. The similarities extend to secondary characters as well. Nambi, played by Jayaram, is a relatively smaller character who has been adapted to the screen by Mani Ratnam in full faithfulness to Kalki’s description of a Veera Vaishnava wearing a naamam (Vaishnava caste mark), paunch, and a unique hairstyle.

The film is a combination of fact and fiction, as created by the writer. Several characters, who are not present in history or are a mere byline, play an important role in the story and movie. Apart from the principal characters, Arulmozhi Varman, his siblings Kundavai and Aditha Karikalan, parents Sundara Chola and Sembiyan Mahadevi and a few others, the rest were a product of Kalki’s imagination. Mani Ratnam has brought them alive in this magnum opus. He has woven in cameos of humour in the scenes between Nambi and Vandiyathevan in what could otherwise have been a heavy tale of war and violence. Karthi does an excel­lent job in the role of Vandiyathevan with a smiling cherubic face, willing to face fresh adventures, even as he tries to establish a role for himself in the vast Chola machinery. Aishwarya looks beauti­ful, but Trisha is the heroine, whose expressive face lights up the story. The loud scenes of devaralan attam, a tradition among some warrior castes, are avoidable, while the live elephants and horses could have been substituted by graphics. The film ends suddenly and dramatically, with the promise of tying up loose ends in Part 2!

Kalki’s novel has impacted Tamil culture over the past 70 years. It created “Tamil pride” in the all-conquering Cholas who conquered the north by land and Southeast Asia by sea. It has become a point of reference for the perfect novel, illustrated and interspersed with history, yet fascinating as a romance. Kalki called it, appropriately, a “historical fiction”. Mani Ratnam has successfully recreated on film what Kalki did with words.

The best scenes in the movie are those of naval warfare. The huge galleons or sailing ships, used for war and trade, with square-rigged masts and huge holds which carried horses, ply through the choppy waters, through storms and gales, ending with a vicious battle on a ship. The Cholas were at their peak in the ninth and 10th centuries and their kingdom included all the area from south of River Tungabhadra to Sri Lanka, annexed by Rajaraja. Later, his son Rajendra defeated the Palas of Bengal and Bihar, conquered Southeast Asia and expanded trade with Srivijaya, Sumatra, Kedah, Cambodia and China. The Cholas were the only seafaring empire of India and their navy is legend­ary. Speaking to Mani Ratnam on the naval scene, he said it was created by the multiplication of the graphics of one ship built in the studio at Hyderabad! That’s technology!

The film made `230 crore worldwide in the first three days and will probably be one of the highest-grossing Tamil films of all time. The second, concluding part is set to release next year. The excitement it has invoked is both cultural—the combination of the greatest Tamil empire and the greatest Tamil writer makes for great Tamil pride—and entertaining— a tale of swashbuckling heroes, beautiful scheming women, vengeance, philanthropy and a throwback to a lost past. It has all the ingredients to make it a great success.