A man of unwavering integrity, KM Chandrasekhar’s instinct was to help people and back the right causes while navigating the pulls and pressures of a coalition government 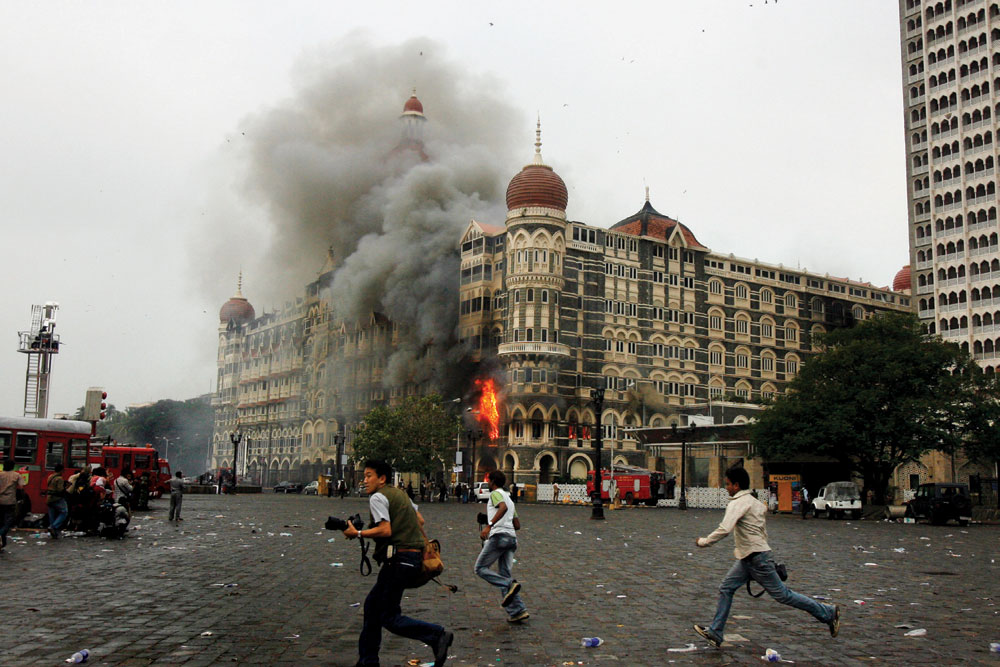 
LATE ON THE EVENING of November 26, 2008, initial theories that the unfolding violence in Mumbai might be serial bombings like Delhi had witnessed some time earlier were given up. The news reaching the highest echelons of government in Delhi suggested that the shootings seemed more like gang warfare. As the night wore on, the Central government concluded that it was time to deploy the National Security Guard (NSG) who finally, four days later, rid Mumbai of the 10 Lashkar-e-Toiba (LeT) terrorists who had held the city, and indeed India, in their deadly thrall.

The tragedy and trauma of the 26/11 Mumbai attacks might have faded but the terrorist assault left scars that remain unhealed. In his book, As Good as My Word (HarperCollins) former Cabinet Secretary KM Chandrasekhar provides a detailed account of the Mumbai attacks and points to the serious weaknesses of a security establishment that answered to different masters, preventing a coherent response. “The 26/11 attacks also exposed weakness at the highest level in decision-making in a grave emergency,” Chandrasekhar notes. While the creation of the post of National Security Advisor (NSA) was a step in the right direction, responsibilities and power were distributed between the NSA and the Cabinet Secretariat. There was also the Union Ministry of Home Affairs dealing with internal security (including the Intelligence Bureau) while the finance ministry looked at enforcement in financial areas. The Cabinet Secretariat was concerned with the administrative matters of the Research and Analysis Wing (RAW) but no operational details were shared with India’s top civil servant.


Similarly, the Special Protection Group, looking after the security of select VVIPs, nominally reported to the Cabinet Secretariat and besides all these organisations there was military intelligence which, according to Chandrasekhar, was more or less an independent outfit. “There was no real coordination mechanism in place,” he writes. The mandate of the National Crisis Management Committee was limited to natural calamities. A committee of secretaries set up after the Kandahar hijack was limited to such events. “When a real crisis blew on 26/11, therefore, there was no real clarity on who was to do what at the central level… I waded into the crisis and its handling as is my wont but I had no background intelligence, no intelligence inputs, not even full knowledge of what was actually happening in Mumbai until late in the night. I had no knowledge about the dimensions of the crisis and the capacity of the state government to handle the crisis on its own either, as normally happens in all such events,” Chandrasekhar has written, plainly detailing a dire situation.

In a long and distinguished career, Chandrasekhar was Cabinet Secretary for four years before he retired from the Central government in 2011. In this capacity and other senior positions he held prior to becoming Cabinet Secretary, Chandrasekhar offers an insider’s view of the United Progressive Alliance (UPA) government headed by Manmohan Singh. While he defends the government on scams like 2G and ‘coalgate’, his account of the terror strike on Mumbai is most revealing. Though the complete sense of surprise achieved by the attackers and the confusion that followed have been written about, Chandrasekhar’s account—and, importantly, post-facto analysis—carries weight given that he was in the thick of the action. He notes that after the crisis ended, a senior minister told him that he would need to conduct an inquiry into what went wrong and who was responsible. This never happened. Shivraj Patil, who was Union home minister at the time, and who made news for his sartorial makeovers during a visit to terror-hit Mumbai, was the only one to pay the price and was replaced by P Chidambaram. NSA MK Narayanan, an appointment backed by Congress leader Sonia Gandhi, continued in office before he was eventually appointed governor of West Bengal.

Chandrasekhar also deals with reports that information about a possible terror attack was ignored. There were claims of RAW intercepting an LeT conversation about an attack on a sea-front hotel in India. Taj Gateway, Taj Lands End, Marriott and Sea Rock were mentioned as likely targets. He writes that the authenticity of the information could not be vouched for as it was never conveyed to him before or after the event. In any case, no inquiry was held to evaluate if there was failure to act on time on available information. While much of this is speculation, there is some certainty about a RAW alert about a small ship or dhow in the Arabian Sea headed for Mumbai with a deadly cargo on board. Chandrasekhar mentions this and the input, more than other more fanciful accounts, might have been the nearest thing to a real-time warning for Indian agencies.

KM Chandrasekhar offers an insider’s view of the UPA government headed by Manmohan Singh. He recalls that various bits of information were not put together on time and this pointed to serious gaps in intelligence systems. He notes that later revelations about David Headley show how porous India’s security was

Chandrasekhar recalls that various bits of information were not put together on time and this pointed to serious gaps in intelligence systems. He correctly notes that later revelations about David Headley, a Pakistani-American, making several visits to Mumbai between 2002 and 2009 to scope the targets, show how porous India’s security was. To cap it all, Headley was not just working for Pakistan’s Inter-Services Intelligence (ISI); he was also a double agent for the US Drug Enforcement Administration (DEA). When Indian agencies finally gained access to Headley in a US jail, he shared copious information about the plot and later testified through video before a Mumbai special court. He told the court that LeT chief Hafiz Saeed and 26/11 “operations commander” Zakiur Rehman Lakhvi were certain they would face only perfunctory action for the attack. Given the role of ISI in the terror attack, this was hardly a surprise.

Chandrasekhar dwells briefly on why the Manmohan Singh government did not opt for a military retaliation against Pakistan. He says then Foreign Secretary and later NSA Shivshankar Menon met him and spoke of such a course of action. As has been reported earlier, then Air Force Chief Fali Major was ready to carry out strikes on Pakistan. Menon himself has later written that not using armed force was the right decision at the time. Chandrasekhar readily confesses that such decisions were above his pay grade but concurs that restraint was the better option even as India launched a major diplomatic offensive against Pakistan. The UPA government’s decision will continue to be debated and the military resources, particularly as regards the Army, available at the time are important considerations. But officials who worked with Manmohan Singh point out that he was never inclined to consider such action. During his prime ministership, Singh found grappling with security and defence matters not quite his cup of tea. His key miscalculation in engaging with Pakistan was to believe that shared economic interests and people-to-people contacts would dilute hostility between the two nations. He failed to recognise the essential DNA of the Pakistani military and state.

His early experience as a young administrator in Kerala helped Chandrasekhar learn how to deal with politics and decision-making. He showed the acumen to lead government-owned businesses and even turn a profit. In his office in the Rashtrapati Bhavan complex, Chandrasekhar came across as an affable version of the permanent secretary (later, Cabinet Secretary) in the popular BBC series Yes Minister. A man of unwavering integrity, his instinct was to help people and back the right causes while navigating the pulls and pressures of a coalition government.