When a culture fails to see things in their true colours 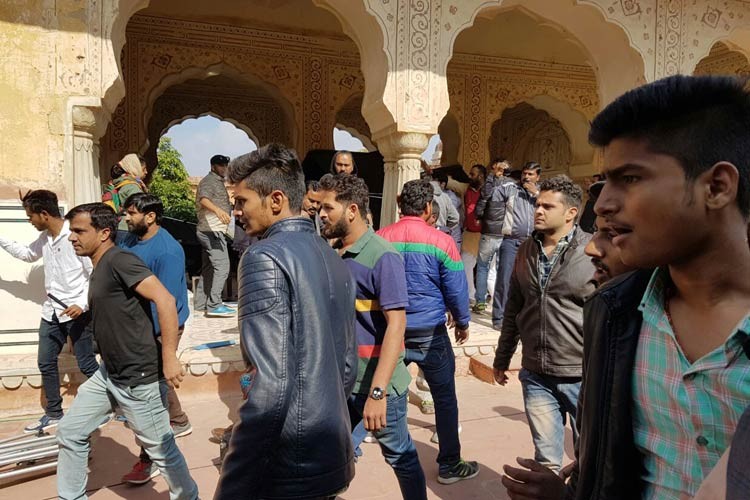 Why is India so intolerant? Is it because most Indians see many issues in the absolutes of black and white? And, as black and white are not colours, don’t they miss the wonderful spectrum of all the shades in between? As black and white oppose each other, it makes people intolerant and intolerance leads to anger and violence.

There is probably no country in the world that is so deeply immersed in its mythology. Not only the Mahabharata and the Ramayana, the myths about hundreds of events or personages are deeply imprinted on the minds of most Indians. Illiterate or not, they all revere a huge assortment of mythical events or people. A film being made about the Rajput queen Padmavati that’s thought not to conform with a popular myth has led to riots and violent destruction. Indians are also offended if Rama or Buddha’s treatment of their wives does not conform to modern social ideals because everything about them is considered to be above criticism.

The problem with a mythological conditioning is that personages quickly become more than mortal humans with mortal frailties, and are quickly branded as being either very good or very bad: as gods or demons. The good are exalted to near divine status while the bad are considered ugly, loathsome, polluting and fit to be ruthlessly exterminated. Like the good Rama battling the bad Ravana, vivid extremes of black and white come to dominate popular perceptions. In the Ramayana, Rama was not all good and Ravana was not all bad, but Ravana had to be killed while Rama was glorified. There would consequently be anger if anyone were to call Rama bad or Ravana good, as many do in Sri Lanka or in some parts of South India. Passions often lead to violent protests. It is a sin to condemn Rama but no sin to kill and burn a Ravana. Everything is either good or bad, and tolerance is not possible, without which there’s no check on anger and violence. As Brahmins have traditionally been the main creators and guardians of India’s mythology, all things approved by them—like yoga, ayurveda, castes and Sanskrit—have become sacred, while many things are condemned. The examples of righteous anger in the myths about Parshuram and other legendary heroes have also become role models for people to emulate.

This mythological conditioning has affected historic personages too. So, Aurangzeb was bad while Shivaji was good, even though, in actuality, neither were perfectly bad or good. In more recent times, Jinnah is considered bad and Gandhi good. For many Hindus, Muslims are bad and vice versa. Except for ardent leftists, China is bad and America is good, while England is considered good despite the many bad things done by the British during the Raj. Some popular film stars are so deified that people are sympathetic even if they are arrested for breaking anti-terrorism laws or for killing wildlife.

Even languages have been tainted. So, Sanskrit is sacred while the Arabic or Persian foreign tongues are undesirable. This, however, is an inconvenient fit because Persian had been India’s link language for so many centuries that almost all the records of medieval India—including the early history of Shivaji—were written in this language. The national language Hindi is a relatively recent tongue that evolved from Awadhi and Brajbhasha and carries many expressive Persian loan words. Many scholars are trying to replace Persian with Sanskrit words but because Sanskrit had for long been forbidden to women, it had never been a mother tongue. It has therefore had a limited vocabulary for household matters and cannot fully convey the romantic themes of many Indian films, which tend to use Hindustani with many Persian words and expressions. Today Indian policymakers condemn the growing use of English, even though they make sure their children go to English-medium schools to further their careers.

This extreme polarisation also applies to dietary habits and it is assumed that it is horrific to eat meat and virtuous to be a vegetarian, even if neither custom makes the slightest difference to the spiritual or moral state of the consumers. In early records, Shivaji was a worshipper of Shivai, a goddess who needed blood sacrifices, but the narrative became vegetarian in the later accounts written by his Brahmin biographers. Today some scholars are attempting to rewrite India’s history to suit popular legends, like China attempted to do in its Cultural Revolution. But, as water eventually washes away oil, truth does ultimately prevail, and China’s history is now being restored.

There is probably a historical core to all myths because mythology is to people what dreams are to individuals—a means to fantasise their joys and sorrows. Most myths were the creation of storytellers and their art was to exaggerate. Thus, the princesses became more beautiful, the heroes more magnificent, the armies more huge and the enemies more ferocious with every telling. Small ancient tribal battles would over time become gigantic wars. When Heinrich Schliemann discovered the ruins of Troy in 1868, he thought it was too small to be the great city of Homer’s Iliad. This great epic had, however, been written some 600 years after the Trojan War, so the size of the battlements had increased with every retelling. It was only after the 16th century that Gutenberg’s printing press made scrolls and books widely available, so the oral tradition had continued for many centuries.

With everything painted in black and white, it’s impossible to see things in their true colours, so the words of heroes and villains in flattering speech, poetry or prose is full of vivid exaggeration, and India has become a land of sycophants and flatterers who so easily persuade their masters to believe that they’re infallible. 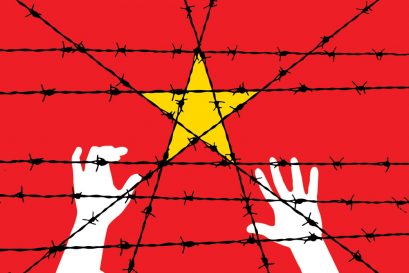