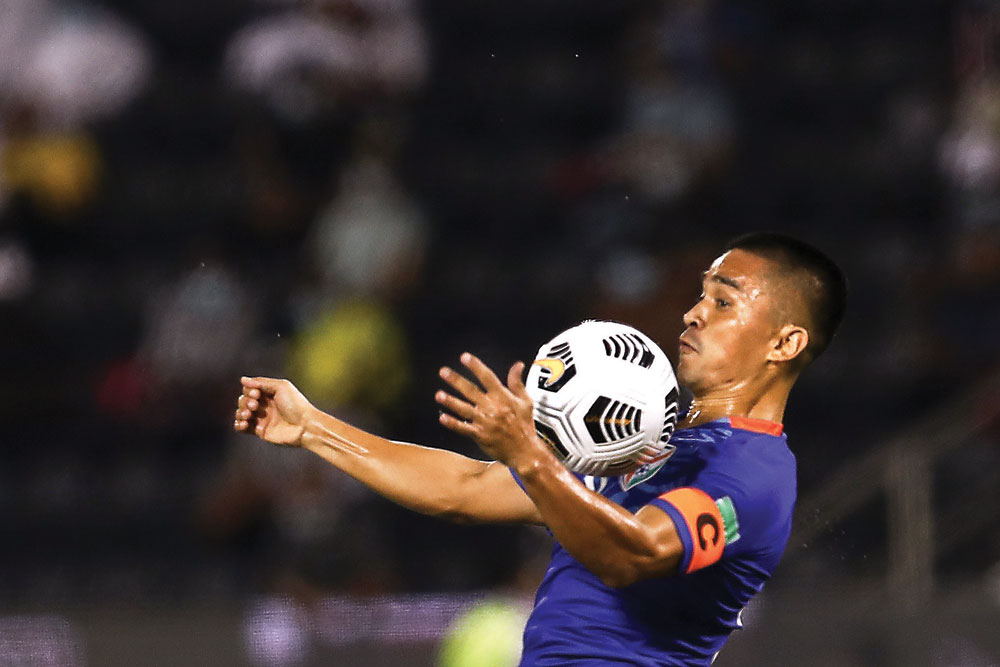 
THE BRITISH INTRODUCED FOOTBALL TO INDIA just as they did to the eventual South American giants Ar­gentina (first recorded match: 1867), Uruguay (first recorded match: 1881) and Brazil (first recorded match: 1894). The Du­rand Cup, the third oldest football competition in the world after the FA Cup and the Scottish Cup, began in 1888. That puts the ‘birth’ of Indian football somewhere between Argentina’s and Brazil’s. Of course, back in its early Indian days, football was an army game just as the English and the Scottish communities in South America played it for their own pleasure till the ‘natives’ took over and did better. Calcutta FC, arguably the first football club on Indian soil, was set up in 1872 and several other clubs and spent careers later, Mohun Bagan Athletic Club would be founded in 1889. In 1911, Mohun Bagan would beat the East Yorkshire Regiment 2:1 to lift the IFA Shield, becoming the first Indian team to do so. That it all began in Calcutta was perhaps an accident of history since it was the colonial capital when football arrived. But football did find fecund soil there.

The political undertow of Indian football was actually a tidal wave that soon found its target in those who had introduced the sport—the colonial masters. When Bagan won the IFA Shield in 1911, the Manchester Guardian was rather fair in its judgment: “A team of Bengalis won the IFA Shield in India after defeating a crack British regimental team. There is no reason…to be surprised. Victory in association football goes to the side with the greatest physical fitness, quickest eye and the keenest intellect.” But it was more than “physical fitness” and the “quickest eye”. It was the culmination of anger at a long history of discrimination. This was already the second decade of the 20th century and Indian nationalism was no longer nascent.


The “golden age” of Indian football, however, could naturally come only after the British had left and the 1950s and 1960s saw the national team’s best performances and its last successes in the big arena. In retrospect, the decline had set in just as soon as the golden age began—with the failure to participate in the 1950 World Cup in Brazil for which India had qualified by default after the other Asian teams withdrew.

A lot has been made of the fact that a barefoot Indian team had to pull out since FIFA regulations, in place after the 1948 Olympics, would not have allowed them to play. But then Sailen Manna, et al went on record later to say the ‘barefoot excuse’ was just a pretext that the All India Football Federation (AIFF) had sold the nation to absolve itself. And while it’s true that the trip to Brazil would have needed resources hard to come by, AIFF hadn’t really grasped the significance of not participating in a World Cup. India would never get there again.

FIFA’s barefoot ban was shown up at the Asian Games the next year (1951) when a still barefoot India beat an Iran with studs 1:0 to win its first Asian Games gold. Five years later would come India’s best result ever: finishing fourth at the 1956 Melbourne Olympics, a few days after which India achieved their biggest-ever win, beat­ing Australia 7:1 in Sydney. In 1962, India won a second Asiad gold which proved to be the last triumph on that scale. India finished runners-up in the Asian Cup in 1964 and that was it. Indians did win the AFC Challenge Cup in 2008 but that wasn’t the same thing at all.

By far the most dazzling decade of Indian football was the 11 years between 1951 and 1962 when Chuni Goswami (the 1962 Asiad captain), PK Banerjee and the brilliant Tulsidas Balaram were at their peak, guided by the greatest football coach the Indian national side has ever had: Syed Abdul Rahim (the coach through Melbourne 1956 and the two Asiad golds). Rahim was a football thinker when thought and football weren’t exactly seen to go together by one and all. Rahim’s death in 1963 and the departures of Chuni and Balaram dealt a triple blow to Indian football that AIFF was clueless to bring the national team out of. There would be great players coming of age for decades after the golden age and they would come from Kerala, Goa and Punjab among other regions, with Bengal’s near-monopoly on the sport broken. As recently as the 1990s, coaches of visiting European and South American sides were still asking why, with a player like Krishanu Dey, the “Indian Maradona”, India didn’t play in the World Cup. This was when Krishanu’s career was already nearing its end, IM Vijayan had established himself as the biggest draw, and Bhaichung Bhutia had just been unleashed on the pitch.

The ‘golden age’ of Indian football could naturally come only after the British had left. The 1950s and 1960s saw the national team’s best performances and its last successes in the big arena

But a World Cup would not happen, the closest being almost qualifying for the final round of the 2002 qualifiers. That said, there are things to be satisfied about with what’s being done for Indian football, the FIFA-demolished much-needed reform of AIFF not­withstanding. The sport has been invested in, academies have come up, and sponsors have woken up to the existence of football and its prospects. The establishment of the Indian Super League on top of the I-League has helped with exposure and traffic in players and coaches. Hosting the U-17 FIFA World Cup in 2017 was one of the bravest calls AIFF ever took. And, very importantly, the women’s team too has been getting attention. They have dropped to 61 from 58 in the latest FIFA rankings, having reached a best of 49 almost a decade ago. The men, unfortunately, have never returned to their best-ever 94th rank in 1996, four years after the rankings were in­troduced. But at the current 106, dropping from 104, they are still well above the abyss of the 173 they had plummeted to in 2015. None of this, however, is anywhere close to good enough. In 2018, Sunil Chhetri, who, like Baichung, deserved at least one big suc­cess in national colours, had appealed to fans on social media to abuse the Indian team but to go and watch them play. India’s most-capped player and top goal-scorer—who, at the time of writing, was still tied with Ferenc Puskás with 84 international goals, the fifth highest, behind Cristiano Ronaldo and Lionel Messi—was merely emphasising what matters most to a footballer on the pitch in a high-stakes game: the presence of fans in the stands. Fortunately, viewership of football in India, especially of the World Cup and Eu­ropean Championship, has steadily increased, helped by the advent of satellite television in the 1990s and the broadcast of the European leagues. In the age of streaming, and even watching matches on-the-go on one’s phone, football fandom in India has long ceased to be a matter of regional taste although there are still degrees of separa­tion. The gamechanger, evidently, was Doordarshan’s ‘inspired’ decision to broadcast the Mexico 1986 World Cup in its entirety.

There was no mockery intended when India used to be called the Brazil of Asia. True, the pace of the game was slower back then but that also meant Indians were as fast as the South Americans and their feet often boasted skills that still eluded most Europe­an players. Krishanu may have been one of his kind and the last naturally gifted talent in dribbling, dodging, curls and scoring from tight angles, but those skills used to be more common once. Indians had grace and style and tactical nous which were turned into the rudiments of a strategic edifice by a coach like Rahim.

Football being the only universal sport, we can keep dream­ing. As long as we also keep doing. We don’t know if and when India will be good enough (and lucky enough) to qualify for a World Cup. Neither logic nor faith would provide a satisfactory answer. But we would certainly like to be there. The ghost of Gostha Pal is still waiting.