Vision for a Mission

The proof of responsible fiscal behaviour 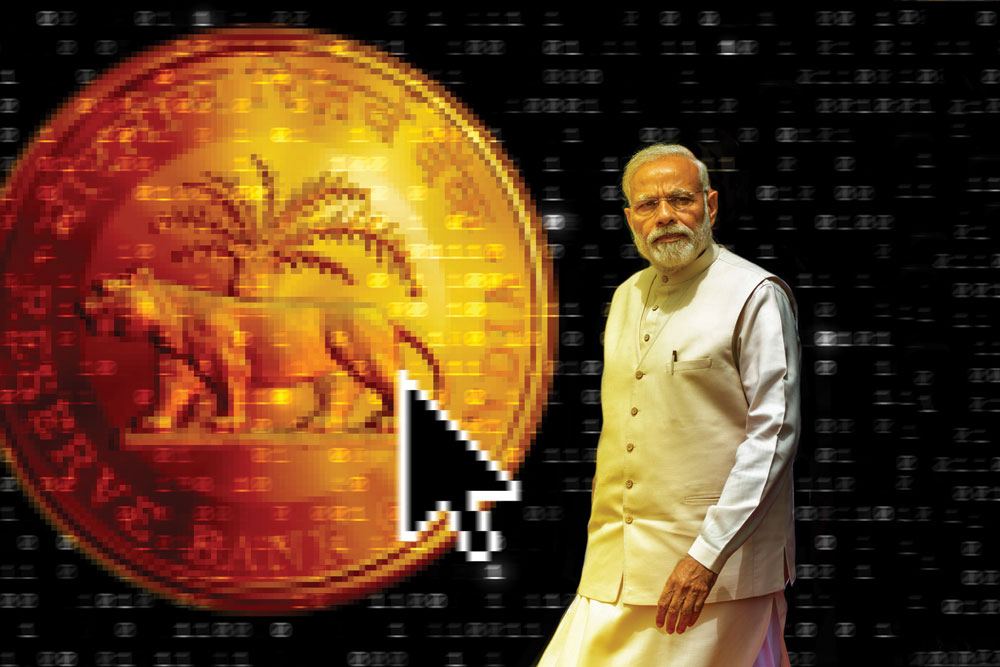 
IN THE MAKING of any Budget, including this year’s, there are invariably a number of trade-offs that any government will have to make. One of them this time is making sure that the economy, particularly economic recovery, is well-supported even as the focus remains on fiscal consolidation when the time is ripe. Although we see a 9.2 per cent GDP growth in this financial year, our view is that the economy still needs succour, especially in generating jobs, addressing health requirements, and so on.

True, fiscal consolidation has to be done based on the revenue stream that we will get. And from that perspective, we have taken what we think is a very doable—perhaps even a conservative—view of nominal GDP growth and revenue growth in the Union Budget 2022-23. Then there is the issue of targeting. First, we visualised the overall scenario and then zoomed in on specifics. After all, there are segments in the economy that need precise forms of support. There were a bunch of such announcements in the Budget, including extension of the Emergency Credit Line Guarantee Scheme (ECLGS) for the hospitality sector to March 2023, and the related additional allocation of  ₹ 50,000 crore exclusively for the hotel and hospitality businesses to tide over the stresses faced by the sector due to the Covid-19 pandemic. The extension of several other targeted schemes to promote investments was also done keeping that in mind.

Ours is a fiscally responsible regime and Budget assumptions are transparent. While we had to expand fiscal support to the economy during the ongoing pandemic, we have handled successive Budgets in a responsible manner, not merely this one alone. Whenever we had to provide support to the health sector during the pandemic, we have responded. And now, when growth needs to be supported, we have done it with capital spending on infrastructure. This targeted and responsible approach is exactly why our macroeconomic indicators are in good shape. We have maintained this fiscal restraint even when there are state elections or other pressures.

Our capital expenditure is high this year, more than 35 per cent higher than last year’s, and we are going to maintain our emphasis on infrastructure for some years as this is an important part of modernising India.

Now, I have a word for those who aver that the Government was right in its intent but short on action as regards clean energy initiatives. The Budget did place tremendous emphasis on energy transition and climate action. We have announced a massive infrastructure push that will target this particular area as part of our climate and economic resilience. We have also announced green bonds as a new source of funding. Therefore, one can state that the Government is walking the talk.

Again, we are thinking ahead as far as tackling other new challenges. For instance, even as countries around the world grapple with how to regulate cryptocurrencies, our Government has done what it needed to do. The Budget has proposed a 30 per cent tax on all capital gains from digital assets, and also added that a 1 per cent TDS will be charged on every transaction. What we have imposed on gains on any asset sales and windfalls is reasonable. When you buy and sell other assets, you have to pay capital gains tax. There is no particular reason why you shouldn’t be doing this for this particular asset. This does not endow any legitimacy to such crypto assets. It doesn’t in any way regulate or regularise this space. It just says what is obvious: if you make capital gains from other assets and pay tax, there is nothing exclusive about those who make a profit from crypto assets. Moreover, the current laissez-faire regulatory system cannot be sustained. Globally, the whole discussion on regulating crypto assets is taking place at the level of G-20 because it cannot be handled by any single country. Meanwhile, the Reserve Bank of India is going to create a digital currency. Be very clear that this is still going to be a regular rupee—just that it will be on blockchain. It is only the mode of how it is being issued that will change, meaning we will now have a distributed ledger compatible format of the rupee.

The preparation of the Economic Survey this year did face special challenges due to the pandemic. We got hit by Omicron which meant that out of the three advisors, two were down with Covid, especially in the last one month when the heavy lifting towards the completion of the report is done. Several other members of the team were down themselves or were taking care of unwell family members. Regular face-to-face meetings were often impossible. Many of the chapters of the Survey were written by people working from home while on tablets to reduce fever. Still, I am pleased to say, the team pulled together to produce a document that has drawn a lot of praise.

To sum up, I must stress that the Budget has been absolutely sensitive to the needs of the poor and the demands of the private sector. Towards helping people at the bottom of the pyramid, you see amazing expansion happening, especially in housing and tapped water schemes. All these activities will increasingly create jobs. Again, while there are programmes to promote startups, there are also similar ones to help existing companies to scale up, such as production-linked incentives. For the first time in many years, our banking system is clean enough—gross NPAs have declined sharply—and so as and when the private sector demand returns, our financial sector will be ready to fund that expansion. Both the IMF and World Bank expect India to be the fastest growing economy in the world in 2022-23. Even our relatively conservative GDP growth forecast of 8.0-8.5 per cent will make us the fastest growing economy. There is scope for cheer.

(As told to Ullekh NP)