Tax And Be Rich

India as a work in progress 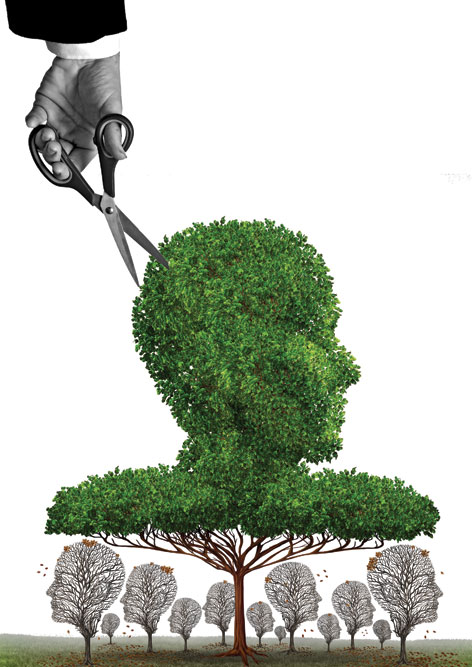 ON THE BACK OF A HUGE MANDATE COMING FROM the highest voter turnout, it was expected that India’s first woman Finance Minister Nirmala Sitharaman would come up with a reformist Budget, which at best is now being viewed as an incremental Budget by various experts. Budget 2019 has focused on boosting the Make in India policy, securing borders, reducing dependency on imports, promoting clean energy and consolidating the fiscal deficit, with an eye on a $5 trillion economy in the next five years. So it becomes pertinent to outline key tax proposals announced in the Budget to figure out if they are in line with the overarching $5 trillion target.

While the super-rich turned melancholic on account of this move, the Government clarified after the Budget that the overall liability on those earning over Rs 2 crore a year is lower than in several countries across the world, such as Canada, France and the US. Though the proposal is labelled as a socialist call-out to the super-rich for helping out their fellow citizens, it is interesting to note that comparing the super-rich tax in India with other countries may not be reasonable.

Countries having higher rate of taxes for the super-rich also offer quality education, healthcare and social-security benefits which are not offered by the Government in India. The move clearly reflects the Government’s reliance on the super-rich for emancipation and development of the poor and medium- income earners.

With an impetus to the housing sector, this year’s Budget extended an additional deduction to home-buyers in the affordable housing category. To purchase a house valued up to Rs 45 lakh, first-time buyers will be entitled to an enhanced deduction on account of interest on loan of Rs 3.5 lakh (the deduction was Rs 2 lakh previously). However given the fact that it is nearly impossible to find properties in metro cities at such rates, the move will only lower income borrowers in Tier 2 and Tier 3 cities.

The Budget also deployed a support structure to initiate an immaculate investment cycle by reduction in corporate tax to 25 per cent for 99.3 per cent of the companies.

It has been proposed to offer a lower rate of 25 per cent corporate tax to all companies with annual turnover up to Rs 400 crore. However, 0.7 per cent of the big companies still fall outside this lower-tax ambit. In the 2015-16 Budget, the Government had lowered the rate for business with an annual turnover of up to Rs 50 crore. The limit was subsequently raised to Rs 250 crore, which has now been hiked further to leave aside merely 0.7 per cent of the big companies outside the lower-tax ambit.

While the concession has been welcomed with open arms, it is also believed that the industry was expecting this year to be the end of the four-year roadmap of corporate tax cut. Notably, the 0.7 per cent of the companies with turnover more than Rs 400 crore contribute around 30 per cent of the tax revenue. Hence leaving them outside the reduced tax rate benefit may not be prudent.

Another noticeable mention in the maiden Budget of Modi 2.0 was the focus on start-ups. Start-ups and their investors who file requisite declarations and provide information in their returns will not be subjected to any kind of scrutiny in respect of valuations of share premiums. Further, the taxman will no longer be empowered to scrutinise the source of funds raised by start-ups. The norms for start-ups to carry forward losses from previous years, to offset tax liabilities once the start-up begins to make profits, have also been relaxed.

THE BUDGET ALSO saw a hike in excise duty on petrol and diesel prices. Such rise in price is reminiscent of a strategy the Modi Government followed during its first term in order to raise money for big-ticket social welfare schemes. Further, the Government has also increased Customs duty on various products, which is in line with the ‘Make in India’ initiative. The key products on which Customs duty has been increased are electronic items (such as CCTVs, loudspeakers, cathode ray tubes, etcetera), tiles, mountings for furniture, fibre cables, books, etcetera. Primarily, Customs duty has been rationalised with the objective of incentivising domestic value addition—bolstering the ‘Make in India’ initiative and providing a level-playing field to domestic industry. Further, Customs duty rates have been proposed to be reduced on raw materials and capital goods, to spur the local manufacturing of specified electronics in India. This includes exemption on specified defence equipment and their parts imported by the Ministry of Defence.


Some of the proposed incentives include reduction in GST rates on electric vehicles from 12 per cent to 5 per cent, reduction of import duty on parts of electrical vehicles, additional interest deduction of Rs 1.5 lakh on loans taken for purchase of EVs

Coming to electric vehicles (EVs), the Government is pushing ahead with its goal to have more of them to curb rampant pollution afflicting major cities and trim costly oil imports, the Government has unveiled a host of incentives for EVs in the Budget. With this, India joins the like of China and Europe, which have been prominently backing the development of nascent EV industry in recent times. Some of the proposed incentives include reduction in GST rates on electric vehicles from 12 per cent to 5 per cent, reduction of import duty on parts for electrical vehicles, additional interest deduction of Rs 1.5 lakh on loans taken for purchase of EVs.

From a compliance perspective, this Budget sets the stage for the new era of compliance framework in India. From an indirect tax perspective, the Finance Minister reiterated the recent recommendations of the GST Council meeting, highlighting the upcoming changes in GST, including simplified return structure, automated refund mechanism, E-invoicing, which would obviate the need for a separate E-way bill from January 2020.

The new compliance framework focuses on continuous uploading and matching of invoices by taxpayers with the objective to promote a pre-filled return filing system. Further, the proposal to introduce E-invoicing, alongside a new compliance framework, would bring about a radical shift, leading to global conformity in respect to compliance, with India following the leads of European and Latin American countries. Once fully implemented, taxpayers would be able to generate invoices from the government portal and view real-time, pre- filled returns.

In terms of administrative reforms in taxation, the Government has announced faceless income-tax assessments, that is, the assessments would be made electronic in such a manner that they are conducted without any physical interaction between the assessee and the tax officer. The Budget also proposed that taxpayers would be provided with pre-filled income-tax returns encompassing their income from known sources. This reflects the intention of the Government to make the compliance framework, both direct and indirect taxes, automatic and interactive in the times to come. This is definitely a move in the right direction to curb graft money transactions and instill confidence among taxpayers.

The Government has also increased the base of people required to furnish returns of income. High spenders now would have to mandatorily file their income-tax returns, even if their taxable income is below the threshold exemption limit of Rs 5 lakh, in case the person has deposited an amount exceeding Rs 1 crore in bank; has incurred expenditure more than Rs 2 lakh for himself or any other person for travel to a foreign country; or has incurred expenditure of an amount or aggregate of the amounts exceeding Rs 1 lakh towards consumption of electricity.

This was a logical move since India cannot progress on the path to a $5 trillion economy without improving its tax-GDP ratio, which can be improved only by an increase in the tax base. Another step in this direction was allowing interchangeability of PAN and Aadhar card and allowing those who do not have PAN to file income-tax returns by simply quoting their Aadhar number.

In addition, this Budget also highlights the Government’s intention to clear the backlog of litigation and further improve the ease of doing business. Although it has been two years since the introduction of GST, the pending number of litigation cases prior to the introduction of GST has not gone down. It is estimated that more than Rs 3.75 lakh crore is blocked in litigations in service tax and excise. As a result, a new amnesty scheme was introduced in the Budget to resolve excise and service tax disputes. With the introduction of GST, advance rulings have emerged as preferred options for taxpayers to seek a ruling on ambiguous GST issues. Though the advance rulings are majorly pro-revenue, the pain area for the taxpayers was the contradictory rulings being pronounced by advance ruling authorities of different states.

For instance, the solar industry was left in a vexed situation when the Maharashtra Authority for Advance Ruling (AAR) said that 18 per cent GST rate would be levied for installation works, but the Karnataka bench of AAR passed an order levying 5 per cent GST on the same. Similarly, AARs in Tamil Nadu and Gujarat had passed divergent orders on applicability of GST on catering services in an industrial/office unit, which was later clarified by the Central Board of Indirect Taxes and Customs. In order to resolve this, the Government has proposed to establish the National Appellate Authority for Advance Ruling (NAAAR), for hearing appeals against conflicting advance rulings pronounced on the same question by the appellate authorities of two or more states or union territories. Setting up of a national bench of AAAR would help bring certainty in the GST era as divergent rulings by AARs leave the industry flummoxed about the tax implication of a particular business decision.

Overall, with personal tax rates being increased on the super- rich, one may not be incorrect in speculating that this move may encourage some bit of tax evasion in the guise of tax optimisation. Having more cows to milk than repeatedly milking the same cows appears to be more sensible. One would hope that the Government has intelligently forecast the consequence of increasing the tax burden on the super-rich and has a ready plan for phasing out this proposal in the long run.

Given the high rate of taxation for the super-rich, global comparisons are bound to happen. The Government would need to complement carrot (social benefits) with sticks (high tax rate) by increasing the social benefits such as health, education, etcetera, in case it wishes to continue having higher taxation slabs.

A majority of the budget initiatives were announced with an intention to further catalyse the founding initiatives of the NDA Government, such as ‘Make in India’ and ‘Ease of Doing Business’. As regards corporate tax, lowering the peak rate of taxation to all companies with an annual turnover up to Rs 400 crore would provide the necessary thrust in shaping India as an attractive destination for foreign investments. Further, the tax proposals in the Budget aim to stimulate growth, incentivise affordable housing and encourage start-ups—another feather in the cap of India’s growth story.