No Roads For Old Cars 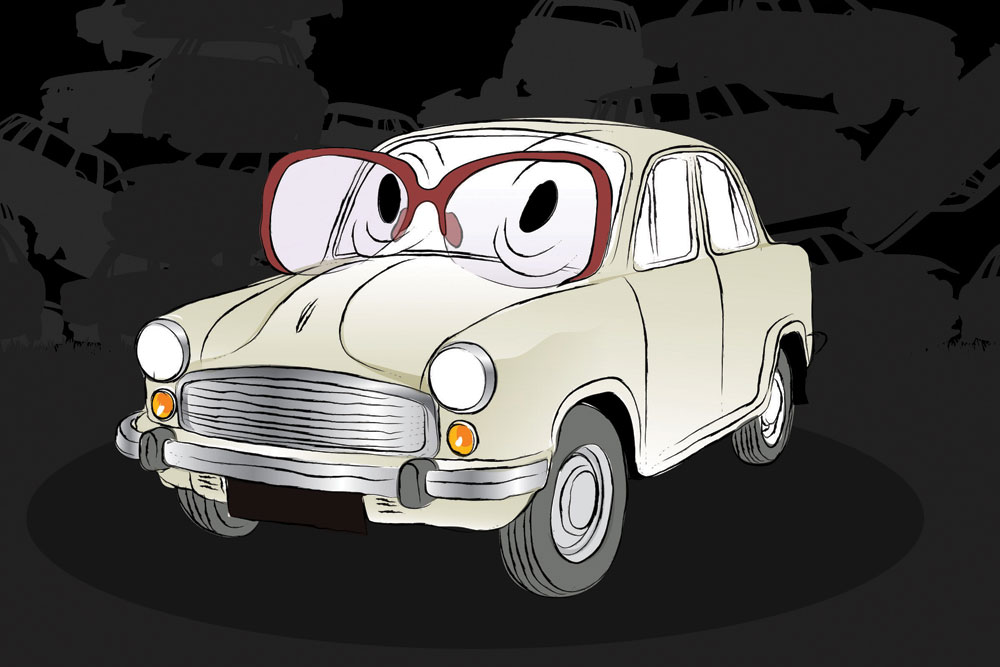 
BY THE TIME Finance Minister Nirmala Sitharaman had finished reading out the Union Budget 2021-2022, it confirmed what Akshay Somwanshi had feared for over a year. When asked for his views the following day, he replied, incensed, “How can they do this?”

What had riled Somwanshi, a 25-year-old event management professional in Pune, so much wasn’t the Government’s privatisation push or the large fiscal deficit or some of the Budget’s other talking points. It came from a place far more personal.

The Government had come between—what some like Somwanshi believe—an individual and their beloved old car. In Somwanshi’s case, his Premier Padmini.

Sitharaman had announced, as expected, a voluntary vehicle scrapping policy. According to it, any commercial vehicle that is 15 years or older and a personal vehicle that is 20 years or older will have to undergo a fitness check at ‘automated testing centres’. Those that fail will presumably be forced to the scrapyard. Although the policy terms it ‘voluntary’, a series of incentives and disincentives will compel an owner to dump their old car. According to some media reports, such incentives could come in the form of a certificate that could be used to get a 5 per cent discount on a new vehicle or vehicle loans on easier terms. The disincentives could mean exorbitant re-registration fees. The details are still being worked out but are expected to be made public two weeks later.

The benefits of such a policy are easily understood. There are an estimated 1 crore such vehicles, many of them sputtering and choking our airs. The environment will be cleaner without them on the road. There will be more fuel efficiency on the road. And the automobile sector will get a boost as people will look to replace their old cars with new ones. Road Transport and Highways Minister Nitin Gadkari told the media after the Budget was tabled that this policy will push India to become the biggest automobile manufacturer in the world within five years: “[It] will boost demand, create around 35,000 jobs and take the size of the automobile industry to around Rs 6 lakh crore from the current Rs 4.5 lakh crore… New vehicles are more fuel-efficient, which in turn will [help] save on the country’s crude import bill. Besides, older vehicles pollute 10-12 times more than new vehicles. So this is a win-win policy.”

But in India, the car, even an old one, holds a special place. In the hierarchy of possessions, it usually slots itself right after the house. And there are few old cars in India that evoke as much passion as the two that were for a very long time the only ones available: the Ambassador and the Premier Padmini.

And for many who constitute the small but infinitely passionate fan base of Ambassador and Padmini cars, the voluntary scrapping policy will sound the death knell for their favourite possession, already tottering on its last legs.


As Padminis and Ambassadors gradually disappear from our streets, the small community of its passionate lovers have come closer. There are WhatsApp and Facebook groups where they help each other source parts and share tips since mechanics have now become increasingly unfamiliar with these cars

The owner of two Premier Padminis, Somwanshi fears it is part of a push that will eventually lead to cars such as his being forced off the road and into the scrapyard. “Some of us may be able to keep these cars at the moment by passing these fitness tests or paying hefty fees, but through such policies people like us will be discouraged from keeping these cars. And even the few Padminis that you see around right now will one day just disappear.”

The news of the policy did not come out of the blue. Ministers such as Gadkari have been talking about such a policy for the last few years. Many owners of Padminis and Ambassadors watched with trepidation when the National Green Tribunal banned vehicles over 15 years from plying in Delhi a few years ago. The tribunal however made an exception for vintage cars, or those that are over 45 years old, which could be used for rallies and exhibitions and for maintenance. But the Padmini and the Ambassador, younger in comparison and which fall in the classic car category, got no such protection.

Online forums for Indian automobiles this year have been abuzz with conversations on the likelihood of a scrapping policy and the ways in which owners of Padminis and Ambassadors could protect their prized possessions. These ranged from getting them registered in the regional transport offices of smaller, less-vigilant towns and cities to restricting the use of the vehicle to within their house’s parking area.

Mehul Kuruwa was one such worried individual. An insurance professional based in Tiruppur in Tamil Nadu who owns a Padmini, he worried what shape such a policy could take. But after the details of old cars that will need fitness tests were revealed in the Budget, he believes the care he has put into his car over the years will enable him to see it through. “Many of us were very anxious about what was going to happen,” he says.

Driver after driver of these two brands waxes eloquent on the efficiency of these cars and their excellent engineering, compact design and sturdiness on India’s terrible roads. Although Kuruwa uses a Nissan sedan for daily use in the city, every time he needs to go on a long drive, he takes out his Padmini, painted white with red borders. He likes to hear the thrum of the engine on long drives, he says, and to gaze at the fishtail design of its lights.

What makes these vehicles special are the stories of the people using them; their attachment to these vehicles, very often the first one they sat in or their families purchased. These aren’t vehicles that merely carried them from one point to another. These were cars they lived with.

Kuruwa’s affection for the Padmini began when he was gifted a scale model of the car as a child. After he graduated from college in 2003, although he wasn’t very familiar with the Padmini’s engineering and several cars were available in the market by then, the first car he purchased was a 1986 standard Padmini. The car would break down frequently. And he remembers standing by the road with his family once, sticking his finger out for a lift, with a beat-down Padmini which had broken down once again behind him, with people laughing as they drove away. “That day I promised I was going to make my car so good that no one was ever going to laugh at me,” he says.

Kuruwa purchased another Padmini; having become so involved in the nitty-gritty of its engineering over the years, he has ensured his car remains as good as new. He also runs a website dedicated to the brand through which owners of such cars connect with one another.

IN PUNE, SOMWANSHI—one of his two Padminis was passed down from his grandfather to his father to him—declares he will never allow someone to take his cars away from him. “It’s part of [India’s] living heritage. We should be looking at ways for preserving it,” he says. To Somwanshi, it isn’t just that he is displeased with the new announcement. He thinks the policy will be difficult to enforce. “Tracking cars that are old won’t be easy. People will just start plying them where monitoring is less strict,” he says.

Over the years, as Padminis and Ambassadors have gradually disappeared from our streets—with even its taxi variants being pushed off the road through court orders and more vehicle brands becoming available to drivers—the small community of its passionate lovers have come closer. There are WhatsApp and Facebook groups where they help each other source parts, pass on tips since mechanics have now become increasingly unfamiliar with these cars and share their individual stories about their cars.

“Retiring old cars isn’t going to solve the problem of air pollution,” says Joy Chavakkad, a Thrissur-based official in Kerala’s revenue department. “It’s the extensive use of vehicles, not necessarily old ones, that is contributing to increasingly poor air quality. Retiring old cars will probably just have a small impact on air pollution.”

Chavakkad, who owns three Ambassadors, is a member of several Ambassador fan clubs in India. He organises rallies and exhibitions and considers his three vehicles as part of his family. The first of the cars he acquired from his father, who had used it to ply a taxi. He is so attached to this car and the fact that the vehicle helped his father earn a livelihood that he has even acquired a mobile number similar to the vehicle’s number plate. He acquired the other two over the years.

“People think these old cars have little value and should be junked,” he says. “But for some of us, our lives are connected to them.”