How coffee became an Indian drink 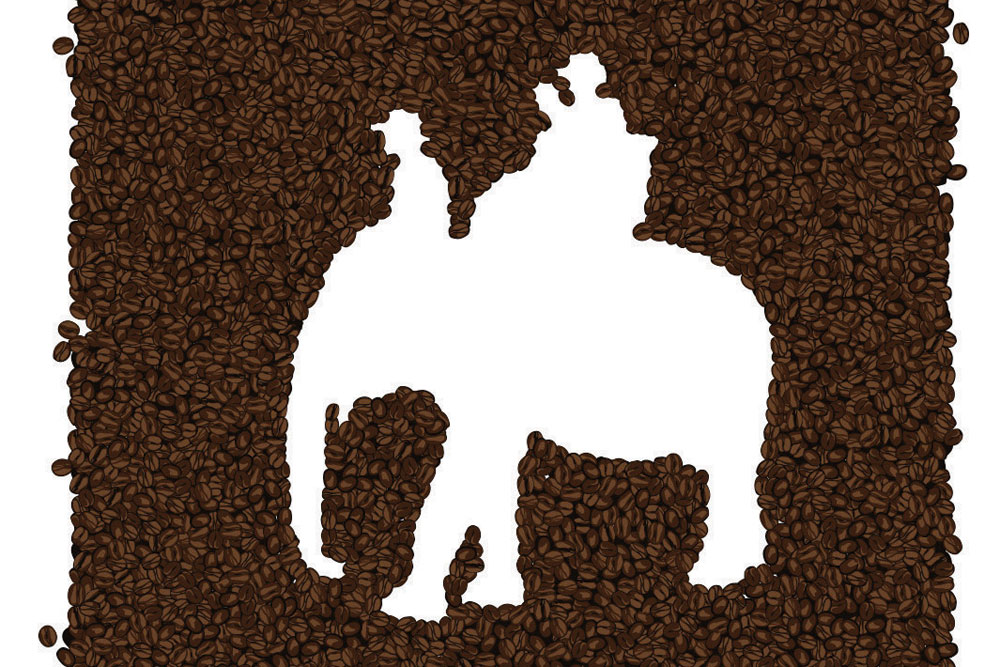 
AS A COFFEE drinker who brews coffee in a Moka pot every morning, I found the book Cherry Red, Cherry Black (Bloomsbury) by Kavery Nambisan to be a gem of a book that tells us the story of coffee in India. The history of the coffee industry here is a tale of smuggled beginnings, trial and error methods, a trial by fire (pests), endurance in the face of hardships, and eventual success for the plantation owners, but not for the plantation workers whose lot continues to be wretched.

You learn that in early 17th century, a farmer named Hazrat Shah Magatabi AKA Baba Budan set out from his village of Kadur (now Chikmagalur) on a Hajj to Mecca. The voyage was perilous, and during a particularly stormy interlude, the cap­tain rustled up some passengers to take turns staying awake. A dark and bitter concoction made from roasted and ground seeds, sweetened with date syrup, was offered to them each night. “Drink this,” the captain said. “It will kick open your eyes and your senses and keep your ears sharp in the dark… overcome sleep and make your blood run faster.” Hazrat Shah was so enamoured of the magic drink that he smuggled back a handful of coffee seeds — seven to be precise — and planted them in his garden. Smuggled because the Yemenis controlled the growing of beans and only allowed the sale in the roasted form. After months, green berries appeared, and as the weather heated up, they turned red, and these he plucked and dried until they turned black. He roasted, powdered and boiled them into a concoction — and that’s the story of the first cup of coffee grown and made in India.

Vignettes like these abound in this slim volume. You learn that this bitter concoction became popular enough for other farmers to plant saplings in the hilly terrain of Chandragiri where rice couldn’t be grown. The coffee plants thrived in the moist, warm, tropical clime, reaching heights of 20 feet, and this rugged variety later came to be known as Robusta. This variety was traded with the Arab merchants who sold it in Europe as Mocha coffee (Mocha being a place in Yemen). The profits attracted the attention and patronage of the Mysore king who offered land to the peasantry for coffee cultivation.

You learn that the reason why much of India’s coffee (India being the sixth largest producer) comes from a few terrains like the Western Ghats in Karnataka, Tamil Nadu and Kerala (Coorg, Chikmagalur, Chandragiri hills) is because of its ideal climactic conditions for the crop. Coffee, it seems needs warm, humid conditions, an annual rainfall of 150-250 cm and tem­peratures ranging between 15-28 Celsius. The plants cannot withstand frost, snowfall or prolonged drought. Hilly terrains between 600-1600 feet above sea level on mildly sloping land and adequate shade produces a fine crop. 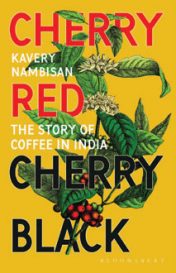 But coffee was frowned upon by the locals and drunk mainly by the British. Though Nambisan doesn’t delve into the reasons, another book that does is In Those Days There Was No Coffee: Writing on Cultural History by AR Venkatacha­lapathy. He argues that coffee drinking became entrenched among the middle class and Brahmins in late colonial Tamil society as a way of creating a barrier with lower classes and castes. He says that earlier, everyone in the south drank neeragaram (made by adding water and salt to fermenting water drained after cooking rice). When coffee emerged in the late 19th century, there was much opposition from puritans in the middle-class intelligentsia who tended to be Brahmins. “Filter coffee is more addictive than even beer and arrack,” huffed one. “In the last few years, some obnoxious stuff has emerged as eatables: coffee, tea, cocoa and liquor,” said an­other. More dire was coffee’s transgression into the habits of womenfolk. A correspondent wrote to Mahatma Gandhi that the greatest obstacle to the success of the Non-Cooperation Movement in Madras “are our women. Some of them are very reactionary and a very large number of the high-class Brahman ladies have become addicted to many of the Western vices.” He rued the fact that these women drank coffee not less than three times a day!

The reaction to coffee changed dramatically in early 20th century. Venkatachalapathy argues that notions of what con­stituted Tamil identity came to be articulated through coffee, or ‘kaapi’. Why this occurred and who the authors were, is a very difficult question to answer. In many cases, these traditions were partly invented, and partly evolved in private groups or informally over a period of time.

The attributes of good coffee, also referred to as ‘degree coffee’ included no chicory, cow’s milk (not buffalo milk, which was seen as a sign of cultural and moral degeneration), and was to be savoured at frequent intervals in small tumblers (not large ones), at a temperature that could be gulped down without burning the tongue.

Though Nambisan doesn’t mention it, an interesting titbit that struck me was how the concept of balance that infuses tra­ditional Indian cooking also influences coffee. For instance, the use of chicory plant (from the dandelion family) is advocated in Ayurvedic texts as a heart, digestive, stomach, and liver tonic, as well as a diuretic and anti-inflammatory agent. Our filter coffee today includes the roots of the plant, roasted and ground, to reduce the acidity and the imbalance.

An aspect Nambisan highlights brilliantly is the way coffee production has impacted climate change. Coffee plants grown with more sunlight will yield more coffee but require large amounts of pesticides and fertilisers. With coffee becoming a lucrative cash crop, though, thousands of dense forests were felled in India and elsewhere, destroying the biodiversity that balanced the environment. The white borer disease destroyed acres of coffee plants, and triggered the use of pesticides and fertilisers. This practice has denuded the soil, stripping it of nutrients so much so, in many parts of the world including India and Brazil, these lands couldn’t be used for agriculture.

Organic coffee could be an answer, but is more expensive: the coffee crop is entirely rain fed, the beans ripen at different times depending on the rainfall, and these have to be harvested several times a year leading to a time-consuming and labour intensive process, Nambisan points out.

Though most coffee drinkers focus on the flavour of the bean, Nambisan’s book does a stellar job in highlighting the wretched conditions of the berry pickers — low wages (one anna per day for a man and half an anna for a woman in the late 19th century), dismal living conditions and an indentured status. Only with the rise of unions in the early 20th century, their lot began to improve, though not quickly or well enough. Today 10 lakh work in coffee plantations in India, the largest group of privately employed labour, but they continue to dwell in harsh conditions.

In any industry, it is individuals who have shown bravery and foresight who drive change and pluck fortune. One of the strengths of Nambisan’s book is the profiles of the stalwarts of coffee production in India. One such story is of Ivor Bull, the saviour of the red cherry, who worked in the Coorg plantations from 1929 to 1954. The son of a British mother and a Norwegian father, Bull designed the ‘pooling system’ during World War II whereby all planters pooled their coffee together and marketed it as a cooperative. This saved planters on the verge of ruin and remained in play till the mid-1990s. Others include key figures at the Tata Group such as K Seshan, Prakash Shankar and Sunil D’Souza.

Another interesting chapter is on the doyenne of coffee tast­ers, Sunalini Menon. When Menon applied for a job as a coffee taster at the Coffee Board of India in 1972, she was called for the interview but despite being qualified, the interviewers felt she would marry and become immersed in family obligations. She argued her case and they decided to try her out for six months. Today she is among the foremost coffee tasters, trained in the art and science of cupping and quality evaluation.

I am one of the growing numbers who drinks speciality coffees, and one of my favourites is Monsoon Malabar. To my delight, Nambisan tells the origin story of this flavour that owes more to chance than design. During the British Raj, coffee beans were transported by sea, and the humidity and winds ripened the beans and reduced their acidity. When brewed, these beans yielded a smooth-tasting, earthy flavoured and less acidic coffee. Today, a similar method is mimicked in coastal Karnataka by putting hulled cherry coffee beans in a large shed open on the sides for the warm, humid sea air. After a fortnight, they are transferred to sacks and put in another windy shed for three months. Here again, I was struck by how a biodiverse nature enhanced the taste of the bean.

If you also want to find out how to brew a perfect cup of coffee (use the traditional stainless steel filter), the exact grind of the bean (fine but not superfine, which will yield a bitter taste), the interesting flavours to explore (the Arabica varieties and single blends), Cherry Red, Cherry Black is the book for you.