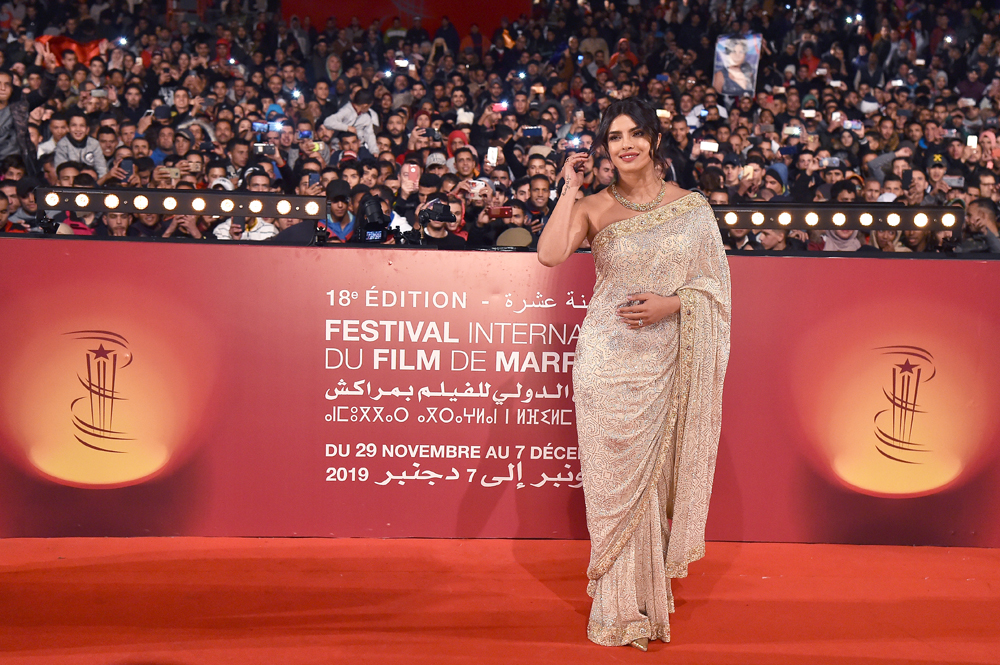 
AT THE SPRAWLING Jamaâ El Fna square, the beating heart of Marrakech lined by souks and packed with people, a loudspeaker blares a Bollywood song. Bystanders break into impromptu dance moves, following every beat of the song in a language they don’t understand. For melodrama-loving Moroccans, Hindi cinema sparks a whirlwind of emotions. “I like the dance and songs of Bollywood movies,” says Yassine Salfi, who is waiting for the start of Krrish 3, which was screened at the Jamaâ El Fna square for the public as part of the 18th edition of the Marrakech International Film Festival held in December 2019. “I like the charisma of the Bollywood actors,” says Salfi, a second-year mathematics undergraduate student. “My favourite actor is Shah Rukh Khan and favourite film, Happy New Year (2014),” Salf adds reeling off a list of SRK movies he has watched.

Morocco has embraced Hindi cinema like no other country in Africa. The addiction of Moroccans to Bollywood is even greater than their loyalty to Egypt, the continent’s oldest centre for film, which allowed itself to be invaded by Indian cinema in the ’30s. While the number of Hindi movies on Egyptian screens has come down following laws to protect the domestic film industry, Morocco continues to screen a variety of Hindi movies.

The arrival of Indian cinema in Morocco, the land of the Sahara desert and Atlas mountains, was not by design. Moroccan film industry veterans believe Hindi films were first screened in Moroccan cities like Casablanca, Marrakech and Tangier in the late ’40s. Egyptian cinema had already arrived in the country in the late ’30s. “The first Indian films came to Morocco with the Egyptians,” says Marrakech film festival’s executive vice-president Mohamed Sarim El Haq Fassi Fihri, adding, “Indian films arrived even before television.”

When Moroccan theatre owners signed contracts for Egyptian movies, the distributors in Egypt added  a few popular Hindi films for good measure. Not intended for the Moroccan market, Hindi films soon caught the imagination of the Arabic-speaking African country. “You never know how something comes on the market. It is interesting because there were no cultural references between Morocco and India,” says Fassi Fihri, who is also the Director General of the Moroccan Film Commission, which promotes domestic productions.

It is impossible to ignore Indian cinema in Morocco, a former French colony that gained independence almost a decade after India. Fassi Fihri says, “As a kid and a teenager in those times I couldn’t avoid Indian cinema because it was everywhere. You could find 15 theatres in the same city showing the same Hindi films.” Some cinemas, like Riff and Sada in Marrakech’s old quarters, screened only Indian movies.

It is curious how films in Hindi, a language the Moroccans didn’t understand, became hits, long before the age of subtitles. “When I came to this universe of cinema, I didn’t know how the people of my country understood Hindi films,” says Mounia Layadi, who owns the single-screen Cinema Colisee in Marrakech. “They cried, laughed and cheered every time.”

Layadi, who grew up in Casablanca—a stronghold of Hindi cinema and Indian-origin cloth merchants—believes Moroccans see themselves on the screen when they watch a Hindi movie. Ali Hajji, Marrakech film festival’s general coordinator of programming agrees. “The Moroccan people are very sentimental. They love drama, song and dances. There is a lot of joy in Hindi cinema,” he says.

Mumbai-based director-producer Soumitra Ranade, who represented Gitanjali Rao’s Bombay Rose at the Marrakech festival this year says, “People would ask me in the streets if I were from India and start singing Hindi songs.”  “When I told them I was a filmmaker, they asked me why do Indian filmmakers only go to Europe to shoot films. Come and shoot here, they offered,” adds Ranade.

No national cinema, including Hollywood, has been able to break the bond of Morocco and Hindi cinema. “Indian stars are more famous here than American stars,” says Fihri. “I am not sure if Michael Jackson would have got the same audience here as Shah Rukh Khan.”

When the Marrakech festival paid tribute to Shah Rukh Khan in 2012, people came from all over the country to witness the moment. So moved was SRK by the occasion he is reported to have said, “I feel at home with the love of Moroccan people.” Prince Moulay Rachid also presented Shah Rukh Khan with the prestigious Medal of Honour of Morocco. That year the festival paid tribute to 100 years of Hindi cinema, and a bevy of Bollywood stars, including Amitabh Bachchan, Sridevi and Shah Rukh were among its guest list.

A story popular with Moroccans is how Amitabh Bachchan, who lost his bags once on a flight to Marrakech went straight to the Medina, bought a gandora and appeared before the public wearing the traditional Moroccan shoulder-to-ankle tunic. The next time he faced the Moroccan public, a suit-wearing Big B apologised for his bags not getting lost.

Last year, Priyanka Chopra Jonas arrived at the Jamaâ El Fna square wearing an embroidered saree to wild cheers from a huge crowd. “Assalamumalaikum (May peace be upon you),” said Chopra, who commandeered Hollywood star John Travolta to the same stage a few years ago for a Bhangra dance number. “Every time I have come here, there has been so much love and affection,” said Chopra, who became the first actor ever to receive the Marrakech festival’s tribute at the iconic Jamaâ El Fna square.

A day before, Chopra told her Moroccan fans during an ‘In Conversation With’ to dream big and build perseverance. “Change happens only when somebody decides to do something different,” she said as a huge screen flashed images of her success in a two-decade career spanning Bollywood and Hollywood. “Bravo, Priyanka!” shouted young Moroccan girls in the audience.

For a country with a fledgling film industry, young Moroccan filmmakers are beginning to make a mark in world cinema. At the 2019 Marrakech International Film Festival, debutante Moroccan director Maryam Touzani was given a standing ovation at the screening of her feature film, Adam, which had its world premiere at the Cannes festival in May 2019. Set in Casablanca, Adam tells the story of an unwed mother given refuge by a widow.

Many cinema-loving Moroccans would consider both Chopra’s cry for courage and Touzani’s aesthetically powerful movie as inspiring moments for their country. Morocco still hasn’t recovered from the closure of cinemas witnessed across the world in the ’90s due to the invasion of television and OTT platforms. In downtown Marrakech, Layadi’s nearly seven decades-old Cinema Colisee, an architectural wonder with a rare sliding roof, is the only remaining movie hall. Many more single screens in Casablanca and Tangier, the hangout of Moroccans for Bollywood entertainment, remain closed even after two decades. The colourful posters of Bollywood movies adorning the walls of Cinema Mabrouka (including Tiger Zinda Hai and Fanney Khan) in Marrakech’s millennium-old Medina could be heralding the future. 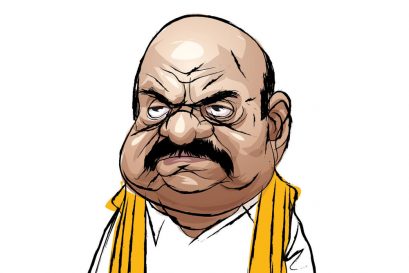 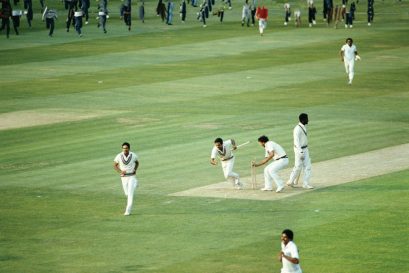