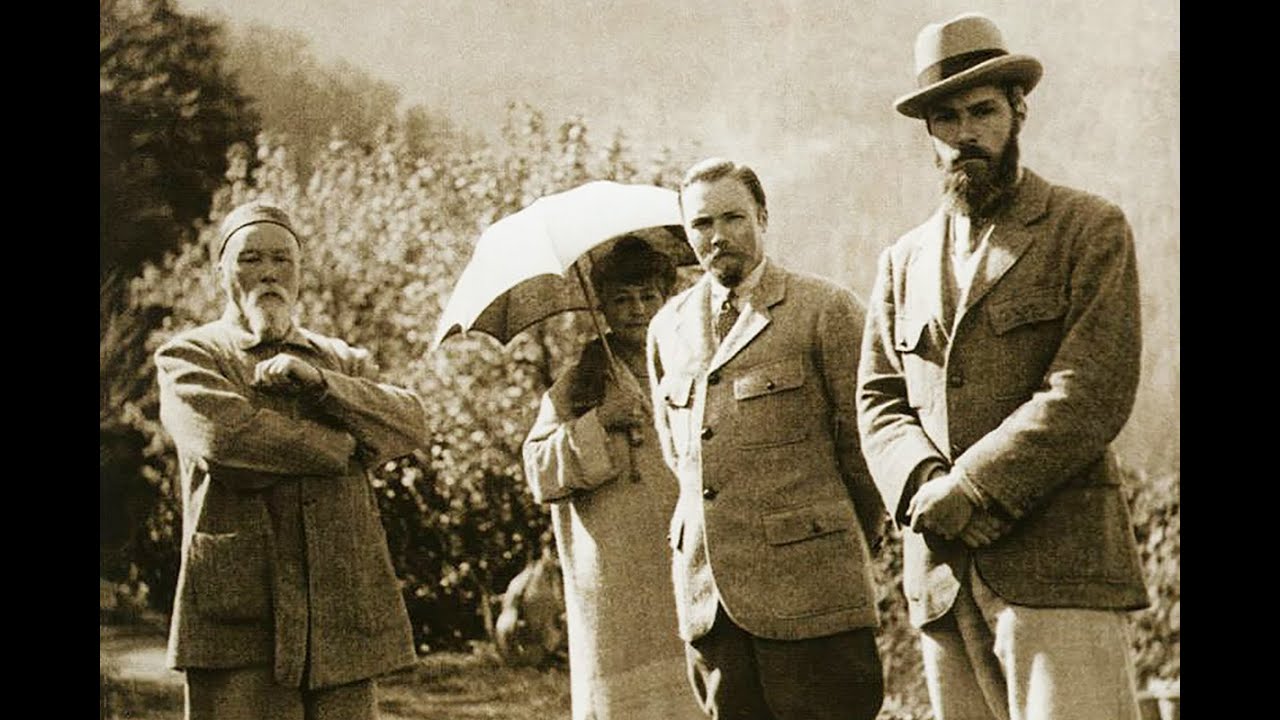 
No artist has depicted the splendour and majesty of the Himalayas the way Russian artist, writer and philosopher Nicholas Roerich did in the first half of the 20th century. His first set of Himalayan paintings became a reality thanks to an expedition that the Roerich family undertook through the heart of Asia. Well versed with Hindu and Buddhist texts, Nicholas, his wife Helena and their elder son Yuri (also known as George) travelled across the Himalayas into Turkestan, and China and onwards to Mongolia and Russia’s Altai region and Siberia (with a Moscow detour) before going back to Mongolia, the Gobi Desert, China, Tibet and India. The four-year expedition (1925-29) began in Sikkim, and the family travelled from there to Kashmir via eastern India and Punjab.

The Roerichs saw this expedition as a means of spiritual fulfilment. “The majestic grandeur of the Himalayas has furnished a mine of precious lore for all the nations, “Nicholas Roerich wrote in his book Sacred Land. “Every country speaks of them in its own way, as the Sacred Land or the Abode of Wisdom. And India, which is the motherland of the Blessed One, knows that the ancient Rishis strengthened their spirit amid these marvellous regions.” British intelligence officers in India felt the mystical family could be spies and suspected their motives. This led to bureaucratic obstacles when it came to obtaining travel permits, as well as the use of covert British intelligence tactics to hinder their travel.

The Roerichs arrived in Kashmir in the spring of 1925. The ancient caravan route that linked India and Central Asia passed through the Kashmir Valley, which was a major transit point. “Traces left by the interaction of cultures in stone, costume and spiritual culture made Kashmir especially interesting for research,” Natalia Stepanova wrote in an article published by the Nicholas Roerich Heritage Trust, Moscow.

The Roerichs settled in Srinagar and were enamoured by the beauty of the Vale of Kashmir. “Everything went through Kashmir. Here are the ancient routes of Asia. And each caravan flashes like a link of combinations of the great body of the East,” Nicholas Roerich wrote. “There are sandy deserts on the way to Peshawar; and the blue peaks of Sonamarg; and the white slopes of Soji-la. And in the flight of eagles the same tireless spirit; and in the fast horses the same inexorable movement. And the world of Kashmiri roses and shawls is not like the forgotten and hidden world of Kashmiri blades.”

Srinagar was the last major stop where the family could finish all their preparations and stock up on provisions before a difficult and long journey along the mountain paths of the Himalayas and through the deserts of the heart of Asia.


Nicholas Roerich wrote in vivid detail about his visits to historic and religious monuments in Kashmir: “Here are both Martand and Avantipur associated with the flourishing of Avantiswami’s activities. There are many ruins of temples of the sixth, seventh, eighth centuries, in which parts of the architecture are striking in their resemblance to the details of Romanesque. Of the Buddhist monuments, almost nothing has survived in Kashmir, although such pillars of old Buddhism as Nagarjuna, Asvagosha, Rakhshita and many others lived here … Here is the throne of Solomon, and on the same summit the temple, the foundation of which was laid by the son of King Ashoka.”

The family moved on to Gulmarg for their final preparations, and formed a caravan for the epic journey across the Himalayas. British intelligence warned the British residents in Kashmir and Sikkim as well as the consulate in, Kashgar about the Roerich family and tried to hinder the expedition.  “The dark thoughts and unseemly deeds of Major Gillian, the British Consul General in Kashgar and Colonel Bailey, the British Resident in Sikkim would interfere with the caravan along the entire route,” Stepanova said.

“Issuance of permission to leave was delayed, and both the English resident and the attorney of the Maharaja of Kashmir were very evasive when approached for clarity,” according to Stepanova. “Finally, with great difficulty, permission was obtained, and on August 8, 1925, the expedition prepared to move to Ladakh.”

In Tangmarg a local gang attacked the Roerich caravan.  “Seven members of the team were injured and Nicholas and Yuri Roerich spent the whole night on their feet with revolvers in hand,” Stepanova added.  The British resident’s chauffeur was seen among the attackers.

The Roerich family, dealing with a series of hindrances, then crossed over into Ladakh. The expedition arrived in Leh on August 26, 1925. The small city stood at the intersection of two ancient caravan routes and was a transit point to both Lhasa and Kashgar.

The descendants of the former rulers of Ladakh, the Namgyal family invited the Roerichs to stay in Stok Palace, which was the summer palace of the dynasty, before they were deposed by the Dogras in the mid-19th century. The Russian family stayed in the top floor of the palace and painted several beautiful works of the panorama from the terrace.

In their late-summer stay in Ladakh, the Roerich family visited several monasteries, which Nicholas Roerich referred to as “eagle’s nests.” He was impressed with how the mountaintop monasteries were mini-cities in themselves.  Among the monasteries that created the greatest impressions on the family were the Lamayuru, with its ancient frescoes, Saspol and Spituk. Nicholas Roerich was particularly awed by a huge rock-carved figure of Maitreya (the next Buddha) in Mulbekh. “Two hands to the sky, as a call to the distant worlds. Two hands down like a blessing to the earth. They know Maitreya is coming,” he wrote.

In his travelogue Altai-Himalaya, Roerich was generous in his praise for the monasteries: “It was necessary to have both a sense of beauty and courageous dedication to strengthen oneself at such heights.”

Roerich’s most famous painting from Ladakh, which is now housed at the new Roerich Museum in Moscow’s VDNkH exhibition centre, is titled The Crossroads of the Paths of Christ and Buddha. The painting depicts the Shey Monastery, which has a stupa dedicated to the spot where, according to local legend, the Buddha met Jesus Christ. According to the legend, after their meeting the Buddha went to the mythical kingdom of Shambala, while Christ went to Altai.

Crossing the Karakorum Pass and beyond

After spending close to a month in Leh, the expedition prepared to make the arduous journey to what was then known as Turkestan and is now the Xinjiang province of the People’s Republic of China. As they moved away from Leh, the travellers could see the snowy mass of the Karakorum Ridge, “a difficult, harsh, deserted route – the highest caravan road in the world,” as Stepanova put it.

Their journey to and across the Karakorum Pass threw up challenges such as icy steep cliffs, snowstorms, frost and even the death of some of their animals. “It is impossible to describe the beauty of this multi-day snow kingdom,” Nicholas Roerich wrote about the Karakorum Pass and the areas surrounding it in Ladakh and Turkestan. “Such diversity, such expressiveness of outlines, such fantastic cities, such multi-coloured streams and streams and such memorable purple and moonlit rocks…At the same time, the striking sonorous silence of the desert. And people stop quarrelling with each other, and all differences are erased, and everyone, without exception, absorbs the beauty of the mountain desolation.”

The Himalayas, the natural border of India, end beyond the Karakorum. This is where the Taklamakan desert begins. After crossing over from Ladakh, the caravan traversed the Great Silk Road and continued to face harassment at the hands of the local authorities, who were instigated by the British. The team’s immediate aim was to reach the Khotan oasis. As a part of their research, the Roerich family looked to find traces of great migrations, remnants of antiquities and collect legends from the place that was one of the great centres of Indian Buddhist culture in the Middle Ages.

Despite immense hardships, the Roerich family managed to complete the Asian expedition by 1929. Given the tensions between India and China in 2020 by the Line of Actual Control, it’s hard to imagine any traveller following in the footsteps of the Roerich family and undertaking an overland expedition from the Himalayas to Altai in the foreseeable future.

The Roerich family returned to India in 1935 and established an estate and research institute in Naggar in the Kullu Valley. By then they had already formed deep friendships with some of India’s leading luminaries such as Mahatma Gandhi, Jawaharlal Nehru and Rabindranath Tagore.

Nicholas Roerich passed away in the autumn of 1947 in Naggar, after which Yuri and Helena moved to Kalimpong. After Helana’s death in 1955, Yuri moved back to Russia and would promote the family legacy. His younger brother, artist Svetoslav Roerich married Hindi film actress Devika Rani and settled down in Bangalore after becoming a naturalised Indian citizen.

Almost a century after they arrived in India, the Roerich family legacy remains an important cultural bridge between Russia and India.