The Problem with Indian Vegetarianism 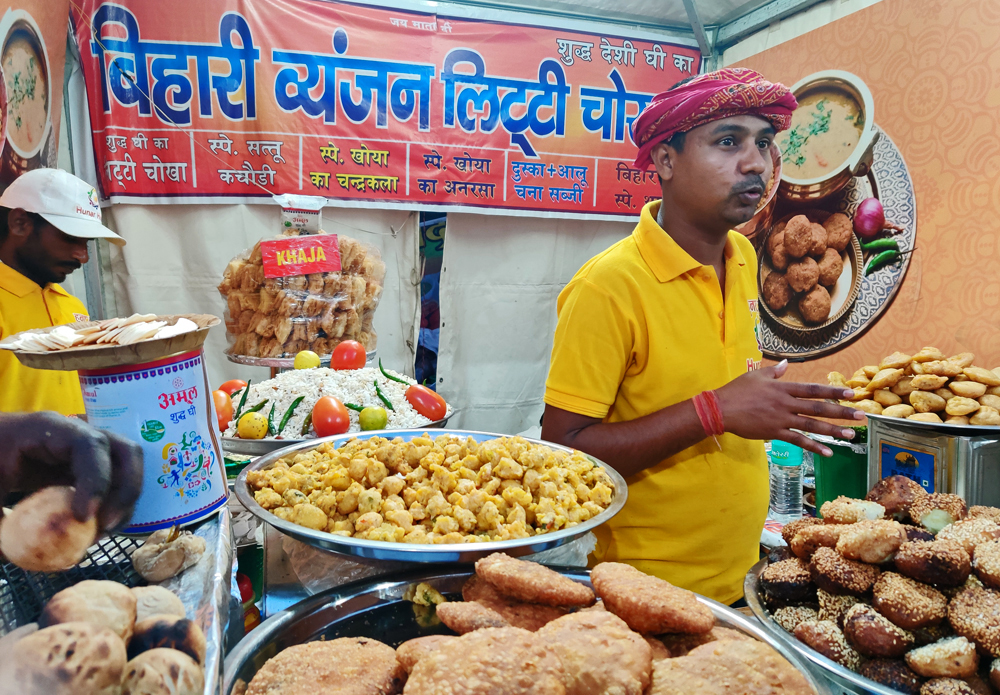 
BASED ENTIRELY ON archaeological evidence, we have some idea of what people ate in the Indus Valley Civilisation—millets, pulses, eggplant, mangoes, dates, wheat, barley all make appearances in traces remaining of that culture. They were certainly non-vegetarian too with, among other things, the presence of animal bones that appear cooked. And so when the National Museum in Delhi organised an exhibition, ‘Historical Gastronomica: The Harappan Dining Experience’ to give people a taste of what was eaten in those times, it was but natural non-vegetarian dishes should feature. And it did. In the menu put up there were ‘Fish in Turmeric Stew’, ‘Guinea Fowl/Country Chicken Stew’ and ‘Offal’s Pot’. You could debate whether the Harappans did have these precise dishes because there is really no way to be certain but the ingredients in them did exist. However, by the time the exhibition opened, these three dishes had been dropped. Not in service of historical accuracy but by the long Indian tradition of forced obeisance to vegetarianism.

India is not a vegetarian country by a long shot. Two years ago, the website Indiaspend analysed data from the National Family Health Survey, 2015-16, and showed that ‘around 80% of Indian men and 70% of women consume eggs, fish, chicken or meat occasionally, if not weekly’. And yet, the popular perception remains otherwise because non-vegetarian food was effaced from public places by a dominant minority. These were mainly upper castes who had control over literacy and education, and wealthy communities that made up for Indian business in earlier times. If they couldn’t turn the whole of India vegetarian, what they did do was to force it away from their eyes. When the National Museum had non-vegetarian in that exhibition, it was reflecting accurately both history and the majority. By reneging on it, it capitulated to the bullying of vegetarians, and clumsily. Take the justification given to The Indian Express by National Museum additional director general Subrata Nath. ‘…This museum has so many idols of gods and goddesses, and a relic of Lord Buddha. International dignitaries visit this museum. We have to consider these sensitivities here.’ Buddha, it might help him to know, was a non-vegetarian.

One could even have some respect for such ‘sensitivities’ if it was coming from a place of virtue. Numerous non-vegetarians arrive at vegetarianism by an ethical route, holding that animal life has sanctity and they do not exist only to function as food for human beings. That is not what vegetarianism in India is about. It is a corollary of the caste system, bolstering the idea of a purity that marks them out. It is no coincidence that the top-most in the caste system, the brahmins, are vegetarians, and the ones at the bottom, scheduled castes and tribes, are overwhelmingly non-vegetarians.

For Indian vegetarians, the danger in eating meat is a personal corruption that reduces their odds in the afterlife. Their vegetarianism emanates from self-interest and religious profit. That is why they are so vicious about enforcing it on others.