With Mission Shakti, women’s empowerment comes of age in Odisha 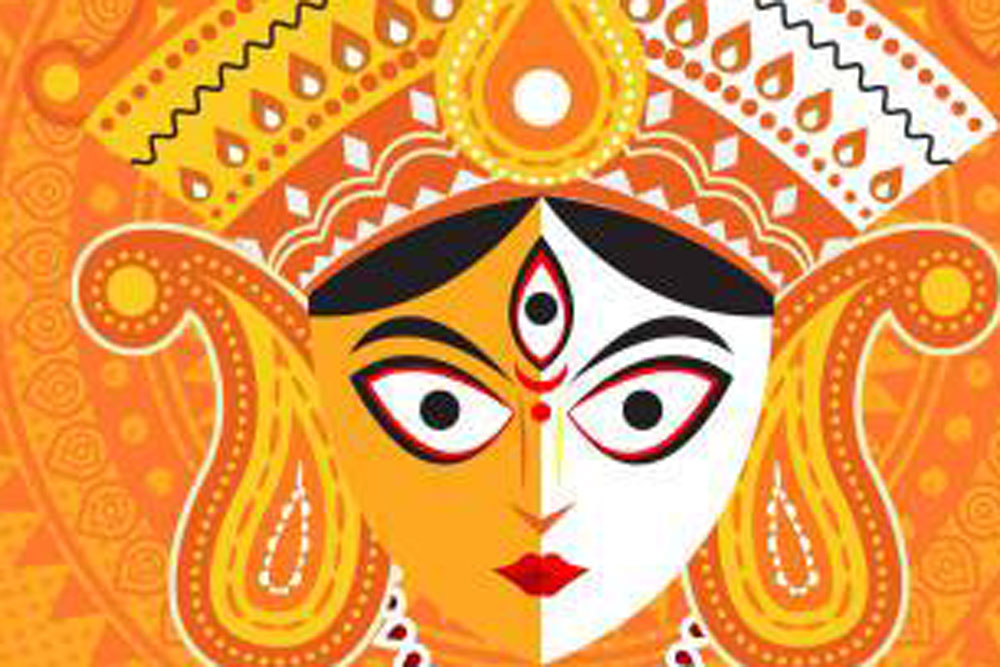 Women. Mother, wife, sister, daughter, and more—a farmhand tending to the fields, a fisherman’s better half waiting for him to arrive with the day’s catch, a vendor selling fresh greens, a teacher preparing humankind’s future for the life ahead, a doctor/nurse nursing back the sick to health, an engineer building bridges, a lawyer arguing a complicated case. Women play many roles and have myriad responsibilities, and many chores—from daybreak to dusk and beyond, from cradle to pyre. Then she is a warrior like Kaurwaki, or a poet’s muse like Kalidas’ Shakuntala, or an Odissi danseuse bringing alive the finesse of traditional dance form with her comely poses and moves. Then she is Shakti, a goddess.

She is worshipped, loved, and respected—so much so that even the great gods and warriors are known after their mothers—Kaushalya’s son Ram, Devaki’s son Krishna, or Kunti’s son Arjun. And yet, the more you know of her, the more you don’t. Shakti remained tethered to edificial shibboleths. A strictly patriarchal society seldom allowed her to manoeuvre outside the codes set for her. She must confine herself within those rules. Nari Shakti, the power waiting for millennia, or maybe more, was never harnessed fully. A change must come, and it has in Odisha.

What can be called an idée fixe of Chief Minister Naveen Patnaik, the eastern state of Odisha has recorded many firsts in empowering women economically and socially. And to begin with, the chief minister launched the Mission Shakti programme in 2001, the year after he took office. His vision was straightforward: to alleviate poverty, the state must build from the ground up, from every home, through the empowerment of homemakers. Mission Shakti gathered the state’s women into clusters of self-help groups—platforms that allowed them to grow independently. Women’s self-help groups existed in Odisha since the 1990s, but these never got the attention and institutional support they deserved to transform it into what is now being called a “silent revolution” until the chief minister launched Mission Shakti and made it his government’s top-priority area.

Today, it has taken the shape of a silent revolution across the state, covering all habitations—rural and urban. The Mission Shakti women are assembled under six lakh groups and the total number of members has crossed 70 lakh, and growing. The chief minister rightly pointed out the uniqueness of Mission Shakti, how over the past two decades several self-help groups (SHGs) have been able to achieve “an investment profile and turnover in lakhs”, though almost all of them started small—“many of them saving handfuls of grains for their monthly contribution to the group”. They now have access to the formal financial system and have market linkages. They have scaled up their business portfolios. Entrepreneurship and economic independence aside, Mission Shakti has touched the grassroots and transformed the lives of ordinary women and their local communities, building a cadre of women leaders standing tall and playing decisive public roles. These groups have now emerged as symbols of economic empowerment. Many of the women SHGs have earned names for themselves, emerging as leaders in different fields. The SHGs created to augment their income has opened up avenues to prove their mettle. Many of the women members have emerged as confident leaders and represented people in the highest decision-making forums in the country.

Odisha has been a pioneer in many spheres—women’s empowerment, sport, disaster management, and progressive education, among others. Mission Shakti fits into this scheme of things—about how an idea can flourish into a successful programme, nursed by diligent planning and a can-do attitude inculcated by continually prodding leadership. Mission Shakti Café, run by women SHGs, are testimonies of women’s entrepreneurship and empowerment. These cafés, however, just one of the many fine examples of a seed sown by Chief Minister Patnaik, have grown into a big banyan tree that provides shade and comfort to everyone under it. And each leaf of this tree is a success story.

In order to further empower women, the Odisha government has announced the provision of Rs 5,000 crore worth of business in five years to these SHGs in the state through Mission Shakti so as to enhance their economic power and strengthen their sources of livelihood. The Odisha annual budget for 2021-22 has set aside Rs 316 crore for financial assistance and other support to the women’s SHGs and federations under the Mission Shakti programme, and an additional Rs 100 crore for building the Mission Shakti buildings. For its part, Mission Shakti has provided business worth Rs 2,800 crore in two years to women’s groups in convergence with different departments. This has helped in boosting the income of millions of women.

The groups are now involved both in service delivery and as implementing partners in a range of urban development programmes—from solid and liquid waste management, and water supply to subsidised meal programmes and livelihood generation. Community engagement in urban services delivery through Mission Shakti is now a non-negotiable agenda. More than 13,500 Mission Shakti groups are engaged as implementing partners and agencies in executing the urban employment generation scheme Mukhyamantri Karma Tatpar Abhiyaan (MUKTA) that takes up projects such as city beautification and open space development. These groups are also instrumental in creating thousands of social infrastructure in urban areas, including rainwater harvesting structures across the state.

In another significant step, it was announced that all unused government properties such as houses, shopping complexes, and community ponds in panchayats would be given to women’s SHGs under Mission Shakti. These properties would be used and managed by the groups to generate income for women and their families. Apart from providing them easy credit facilities, women SHGs are being provided training to enhance their skills. Expanding the opportunities further, the Odisha government has announced that a new building, Mission Shakti Bhawan, will be set up in Bhubaneswar where the members can showcase and sell their products.

In order to enlarge the scope of enhancing the income base of these groups, Mission Shakti, in association with the State Urban Development Authority under the housing and urban development department, has set up three state-of-the-art pickle manufacturing units at Baripada, Berhampur, and Dhenkanal to cater to the needs of Aahaar low-cost eateries across Odisha. Hot, cooked meals—rice and dalma—are served at Rs 5 to the urban poor under the Aahaar programme. These are managed by women’s SHGs across the state.

And like in all programmes, the government supports the groups with scientific planning, skill-based training, providing market and credit linkages, and helping in the production, promotion, and marketing of products. Thenceforth, the women take over and run the business—successfully, most of the time. Any lag is addressed through what can be called booster shots from the government—identifying the gaps, and reorienting the model.

The self-help groups under Mission Shakti are linked with a bank credit system. Sustainable practices such as regular meetings, credit and thrift, internal lending, timely and regular repayment, and regular book-keeping are reinforced for efficient management. Mission Shakti has also been actively involved in the analysis of government policies and recommending suitable action for mainstreaming women in livelihoods, finance, and development initiatives. Issues around gender discrimination and social evils are also taken up by Mission Shakti for public discussion. It has brought political empowerment to women and provided opportunities to speak out and actively engage in gender issues.

Recently, Mission Shakti and the United Nations Capital Development Fund (UNCDF) signed an agreement to launch the Mission Shakti Living Lab—an initiative to empower women economically and drive gender equality. “The socio-economic impact of Covid-19 on women can only be lessened if we purposefully target and invest in women,” says Henri Dommel, director of Inclusive Digital Economies Practice at UNCDF. In fact, women and their SHGs played a significant role during the pandemic—from providing food to migrant labourers to creating awareness and Covid-appropriate protocols such as personal hygiene, social distancing, etc.

The ambit of empowerment is not just growing, the area of their operation is also expanding fast. The Odisha government is further expanding the opportunities for them as more departments are being roped in to give them business and services. It will further improve their livelihood and empower more women. With improvement in livelihood and income, it will give them an independent identity—not just play the role of someone’s daughter, wife, woman, or mother.

Women are powerhouses—they are energy, shakti. No one understands it better than Odisha. The state has unleashed the immense potential of women’s power. Shakti has indeed found a place she can be proud of. And that is Odisha.

Manoj Kumar MIshra
The author is electronics & IT secretary, Government of Odisha