Gandhi, the Dalai Lama and the limits of non-violence 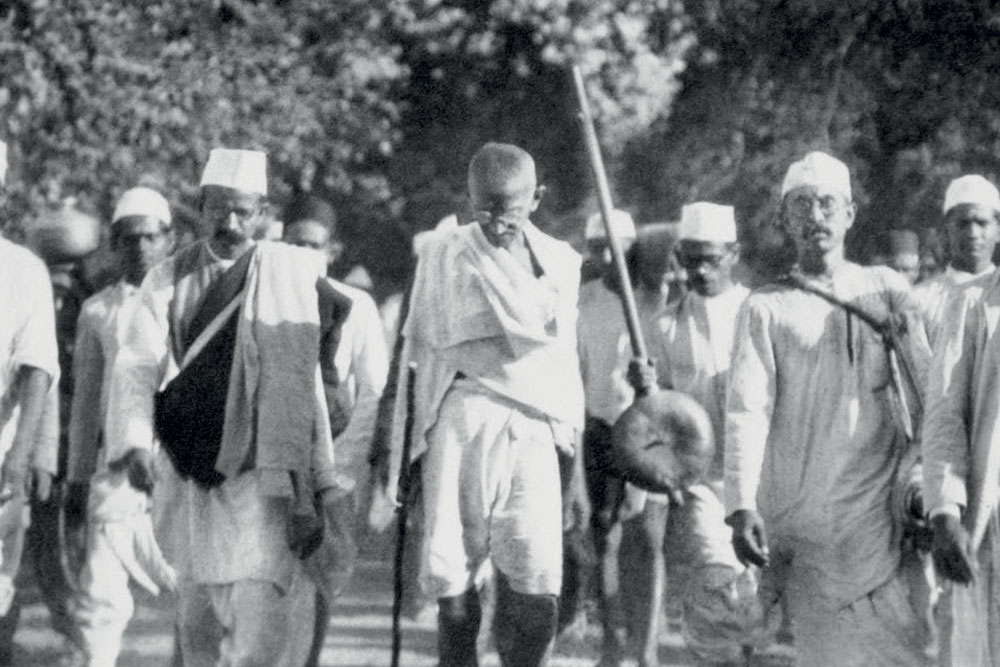 MAHATMA GANDHI WAS the most famous representative of Hinduism in his own times, as the Dalai Lama is of Buddhism in our times. The comparison does not end there. Both of them have emphasised the role of non-violence and compassion in human relations. However, the point of convergence I would like to pursue further is the fact that both of them are considered national as well as global leaders.

I discovered, while in the US, that Americans revered Gandhi more for devising effective techniques of non-violent protest than for leading India to independence from British rule, which was my reason for the way I revered him. Gandhi was for me a national leader, but on the global arena he was revered for his non-violence.

A similar duality can also be identified in the case of the Dalai Lama. When the Dalai Lama sought shelter in India in 1959 it was as a leader of the Tibetans who had managed to escape the Chinese occupation of Tibet.

Gradually, however, the Dalai Lama also emerged as a global leader in advocating only non-violent resistance to Chinese rule and in championing the non-violent resolution of international conflicts.

There is, however, a tension in the case of both of them between their national and global roles. This became apparent at the time of India’s Partition when in the rioting which followed the arrival of Independence on the subcontinent, Gandhi advised Hindus to allow themselves to be killed by rioting Muslims because that would set “an imperishable example”. Hindus rejected the advice by and large for reasons best articulated by Golda Meir: “I will not allow Israel to be destroyed so that the world may speak well of it.” Perhaps sections of the Tibetans oppose the Dalai Lama’s insistence on unconditional non-violence in dealing with the Chinese for similar reasons.


What is really going on here? It seems that their national and global roles are coming into conflict. And it is this point that I wish to pursue further. It is not that moral greatness has not been achieved by their insistence on the use of non-violence. Gandhi famously advised the Hindu whose son had been killed in Hindu-Muslim riots to bring up an orphaned Muslim boy both as a Muslim and as his own son, to heal himself and Hindu-Muslim relations. Similarly, when the Dalai Lama asked another Lama, who had finally been released by the Chinese, whether his life was ever in danger, the Lama replied: “Once or twice. I thought I would really begin to hate the Chinese.” Such moral loftiness cannot disguise the fact that there is a real issue at stake here. In order to identify that, however, a digression is required which may appear initially irrelevant.

Mahatma Gandhi and the Dalai Lama may be idealists, but they are not naïve. They know that bloodshed is likely to be involved when one challenges deeprooted vested interests. Non-violence does not always mean that no blood will be shed

Let us suppose that we are sitting in our home and an intruder barges in and shoots our family dead. He is, however, subdued after a struggle. What will we do next? We will probably call the police and hand him over to them. Why would we not kill him on the spot, when it is quite clear to us that he is the murderer? We will not act in this way because we have been socialised not to do so as humanity has learnt from bitter experience that it is better to live in a society characterised by the rule of law rather than in a society characterised by the chaos of private revenge-seeking, despite the temptation to dispense justice immediately. At this point we need to think of the first generation which was being persuaded not to dispense justice on one’s own but to let the courts do it. One can only imagine how difficult it must have been to persuade the very first generation to refrain from taking the law into their own hands. But this step was the beginning of civilisation.

Humanity has learnt this lesson at an individual level but is yet to learn it at the group level—especially at the level of whole societies and entire nations.

Mahatma Gandhi and the Dalai Lama may be idealists, but they are not naïve. They know that bloodshed is likely to be involved when one challenges deeprooted vested interests. Non-violence does not always mean that no blood will be shed. Non-violence also invites one to ask the question: whose blood is it going to be? As a votary of non-violence one is then compelled to ask: Should it rather not be mine?

An Opportunity in the Gyanvapi Dispute