In a League of Its Own 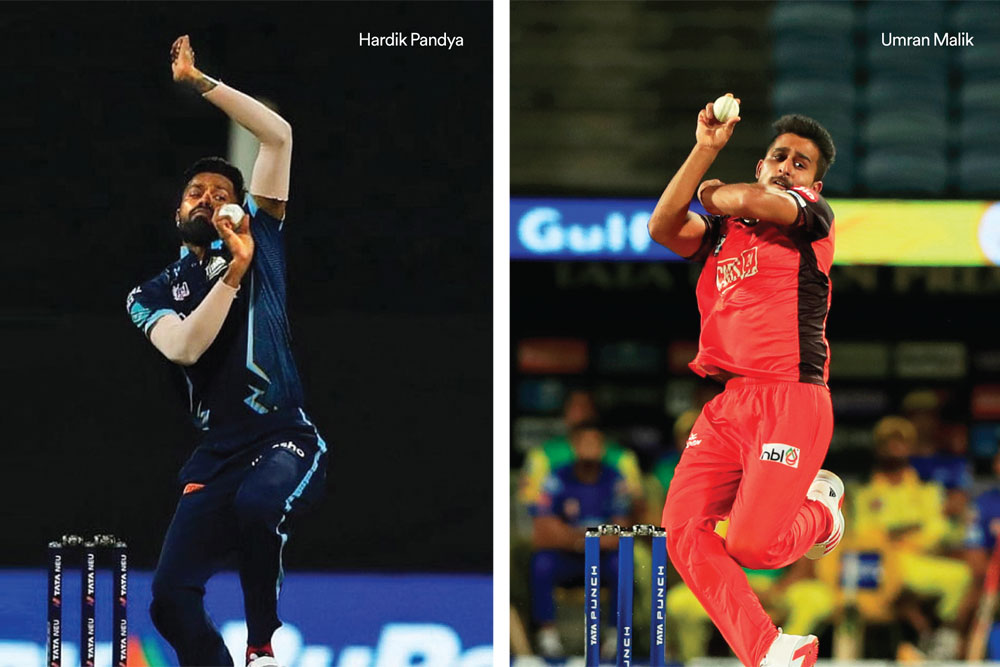 
IT WAS THE World T20 in Dubai and there was a lot of speculation whether Hardik Pandya would bowl. In the lead-up to the tournament, the chairman of selec­tors, Chetan Sharma, had announced that indeed he would and that was one of the reasons why he was picked for the team. However, when it came to the tournament proper, Hardik did not, and had to face stinging criticism for failing to do so. It later transpired that Pandya had in­formed the selection committee of his inability well ahead of the competition and had been picked purely as a batter. What happened in Dubai did not augur well for Pandya. He copped a lot of flak for India’s failure to go past the group stage and on his return to India took an indefinite break from the sport. At one point speculation was rife if Hardik would bowl again. In the absence of any clarification from Pandya, the rumour gathered steam and was fuelled further by his withdrawal from all domestic competitions lead­ing up to the Indian Premier League (IPL). Pandya, howev­er, was unperturbed. He knew what he had to do and what his mission was. He knew his body needed strength and to be able to bowl again there were certain adjustments he had to make. Without saying much, he just went about his business leading into IPL. Even when he was appointed cap­tain of the Gujarat Titans, there was no clarity whether he would bowl. Just days before IPL started, Pandya went to the National Cricket Academy (NCA) to clear a fitness test and it was the first time he bowled in months. While it was indeed good news, there was no clarity on what pace he was bowl­ing at, whether he was in rhythm or whether he would be able to bowl his full quota of four overs in most games.

All speculation has now been put to rest. In the final it was all Pandya against a very good Rajasthan batting line-up. The Royals were off to a good start and at the time when Pandya came to bowl, the Titans were desperately in need of a breakthrough. In a four-over spell, he changed it all. The wickets of Sanju Samson, Jos Butler and Shimron Hetmyer meant Gujarat had a foot on the IPL title half­way into the match. The pace at which he bowled and the lengths he managed to execute must have pleased the Indian management no end. It was largely because of his spell that Gujarat Titans won IPL on debut, making it three wins out of three against Rajasthan Royals. Rarely has a captain had this kind of impact in an IPL final and in doing so Hardik has staked a very strong claim to vice captaincy of the Indian white-ball team. The selectors need to groom Rohit Sharma’s deputy going forward and Hardik is indeed a very good option for the job. A fully fit Pandya is one of the first names in India’s T20 side and a leadership role can only go on to further inspire him to peak in the World Cup.

If Pandya was a stand-out, the crowds at the Eden Gardens and the Narendra Modi Stadium in Ahmedabad were a telling comment on the tournament’s populari­ty. Sixty-five thousand spectators in Kolkata and a packed 100,000 in Ahmedabad resulted in the perfect climax of sorts and masked what had been a rather underwhelm­ing run-up to the final. Halfway into IPL, the interest lev­els had dipped considerably and the ratings, too, had plum­meted to an all-time low. What this was suggestive of was startling. IPL, except the playoffs, needs the home-and-away format to be successful. A Kolkata Knight Riders (KKR) game in Mumbai, for example, will never have the same currency that it will have in Kolkata and it was one of the reasons why the flavour was missing for a peri­od in April and May. If we go back in time, one of the rea­sons why IPL succeeded and the Indian Cricket League (ICL, which had preceded IPL in 2008) had failed was be­cause the latter did not have the home-and-away option built into it. Going forward, this is something the Board of Control for Cricket in India (BCCI) has to keep in mind if it has to have a tournament of sustained interest.


The pace at which Pandya bowled and the lengths he managed to execute must have pleased the Indian management. It was largely because of his spell that Gujarat Titans won IPL on debut. And for Malik it was a habit rather than an aberration. He would inevitably touch the 150 kmph mark in all games and that’s something the Indian cricket fraternity needs to nurture

From an Indian cricket standpoint, there are three ma­jor takeaways from the tournament. The first has to be the emergence of Umran Malik. For an Indian fast bowler to clock 157 kmph was simply unheard of. And for Malik it was a habit rather than an aberration. He would inev­itably touch the 150 kmph mark in all games and that’s something the Indian cricket fraternity needs to nur­ture. The yorker with which he got Shreyas Iyer in the match against KKR could easily be described as the ball of the tournament. It reminded many of Shoaib Akhtar at his peak and going forward Malik could be an asset for the Indian white-ball set-up. Second was the resur­gence of Dinesh Karthik (DK). Not many would have giv­en DK a chance going into the competition. He had al­ready made a name for himself as a commentator and a poor season with the Knight Riders meant he wasn’t re­tained by the franchise leading into the auction. His going into the Royal Challengers Bangalore (RCB) set-up did not make much noise either. His bat, however, did from the very start of the tournament. It was largely because of DK that RCB managed to close out some really tough games and it is now to be seen if DK can translate his IPL heroics at the international level for India. Between Pandya and DK, India should have enough ammunition in Australia in the World T20 beginning in October. Finally, and most im­portantly perhaps, there is the concern about the form of Virat Kohli. India needs Virat at his best if we have to nego­tiate an in-form Shaheen Afridi and if IPL is any yardstick, India’s talisman is way off the mark at the moment. As an Indian fan, Virat is a major concern going forward. Rohit and Rahul Dravid would be desperately hoping Virat gets back in rhythm in the next two months for, without him, the batting does look a little thin heading into the World Cup. Maybe the break he has been given from the series against South Africa will help Virat get back in rhythm.

In all, IPL has done enough to stay resilient as a brand and with Covid on the wane, BCCI should be pleased with what it has been able to accomplish. The stage is now set for a major media rights war, which will consolidate the tournament’s position as global cricket’s leading brand.