Meryl Streep: ‘You can’t let the bastards get you down’ 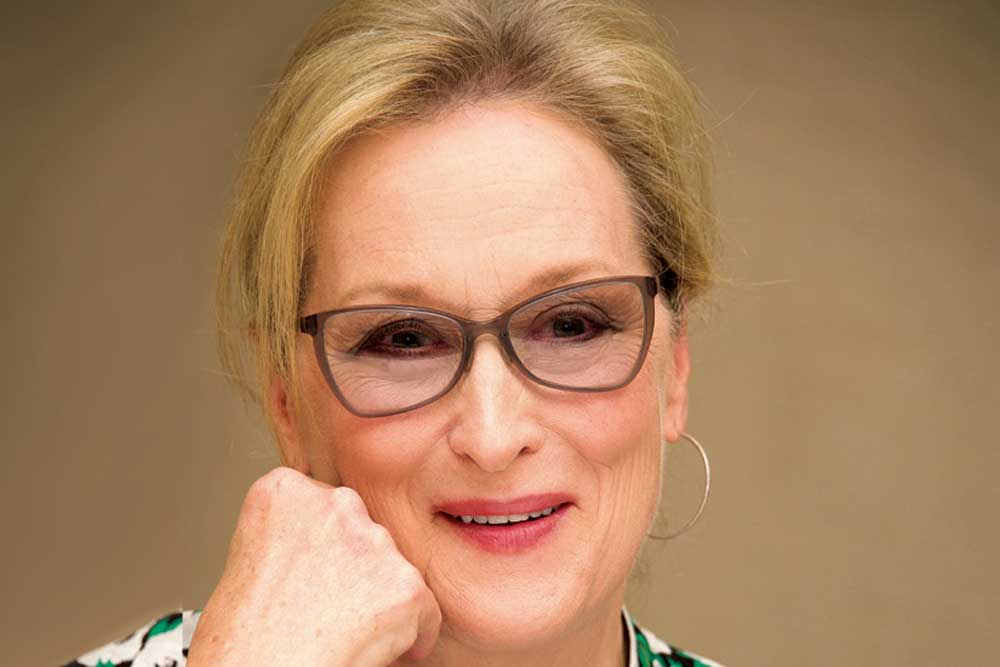 STEVEN SPIELBERG’S The Post has rightly been hailed as one of the biggest movies of the year. Meryl Streep plays Katharine Graham, publisher and editor of The Washington Post, a paper that was struggling to rise. In the summer of 1971, The New York Times and The Washington Post published extensive excerpts from the Pentagon Papers pertaining to the top-secret government history of the Vietnam War. Graham had to make a decision: should she publish the papers and risk losing everything?

Why is Katharine Graham relevant today?

Well, she took a very brave and costly stand and she did it at a time when she was uncertain even about her legitimacy in the position that she held. She should not have been self-conscious or intimidated or insecure, but she was, and that was by virtue of the times she lived in, because clearly her life proved over time that she had the capacity of the most brilliant leaders. But she didn’t know that and she didn’t have the confidence in it. She writes about that very eloquently in her book, and for every woman who feels maybe less confident about their own position in the world and who wonders… you know, the imposter syndrome, people believing that they don’t deserve to be where they are. This is the thing that holds so many brilliant women back. It’s not men, it’s in their own head. It’s the story you tell yourself and that was a discovery that she made over time and she realised how she was undermining herself and her legitimacy.

You have portrayed many exceptional women on screen. What makes a woman extraordinary? Anyone you look up to?

I have met some amazing women. Just last week I met a journalist named Patricia Mayorga. She’s Mexican and she is so unbelievably brave, exposing corruption in Mexico and the nexus between the cartels and the politicians and her life is threatened endlessly. But the thing that she shares with other courageous people is her optimism. It’s shocking that she who sits on the frontline of all these issues has her and her family’s life threatened every day. But she remains hopeful and I guess that quality is really important in people who are going to move history forward. You can’t let the bastards get you down. And that is the one thing I have noticed that all these women have.

I see the same qualities in the characters you choose—the optimism and curiosity.

I don’t even feel remotely in the same league as these people, many of whom I’ve portrayed, who were so brave, going all the way back to Karen Silkwood. But I am curious to find out why they are the way that they are, coming from really different backgrounds. I have made films on many of them, characters who have confronted really difficult decisions, choices, fears and terrors. I am just curious, and I guess I got that from my mother. You could say I’m nosy too. That’s a different word for it, but I’m interested.

Will the current conversation on sexual harassment change Hollywood now or in the future?

Well, I would hope it would affect not just Hollywood right now. I think it is not going to go away. It will go right through every enterprise in America and around the world. It already did; it’s happening in the UK, it’s igniting a kind of bravery on the part of people who have just had it with silence and being polite and keeping the status quo. The best outcome of all this will be in the structures of studios, the agencies and funding entities and the boardrooms of the larger holding parent companies of these studios. And when that is broken open, when the boardroom is comprised of half men and half women, then a lot of this stuff I think will be obviated, will go away. When your boss is a woman, it’s a trickier thing, yeah.