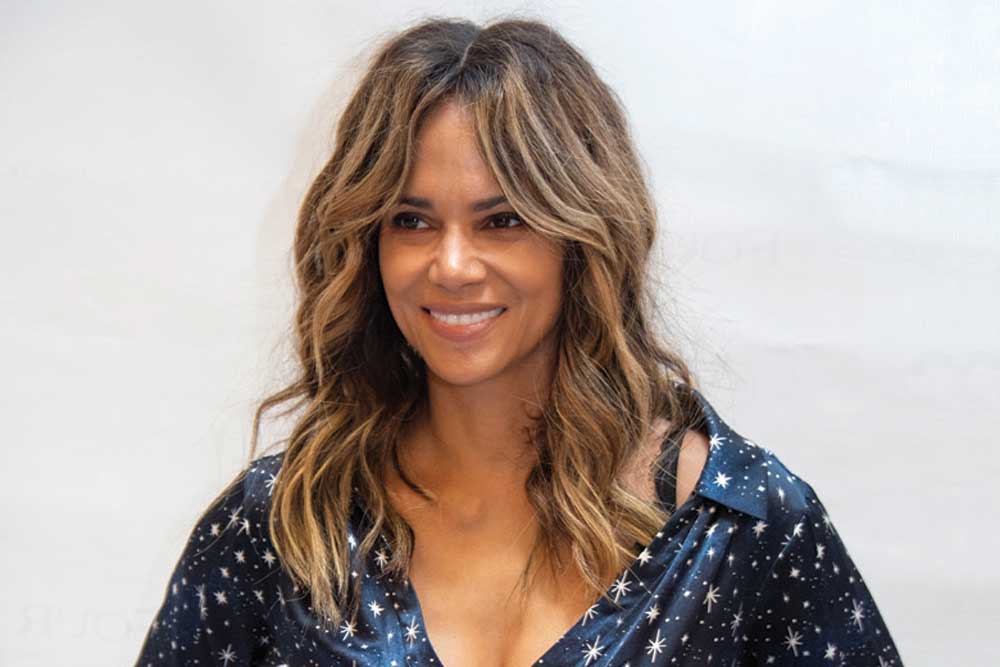 IN THE LATEST edition of the John Wick franchise, Chapter 3 Parabellum, Keanu Reeves, playing the hitman, becomes a wanted man with a $14-million bounty on his head after he kills a member of the international assassin’s guild. Halle Berry’s character is an old friend whom Wick convinces to help him stay alive. Her role is physically demanding and Berry looks in the perfect shape to fight alongside Wick.

How did you train for your role?

This was the most rigorous training process I think I have had to do for any role in my career. I worked with [director] Chad Stahelski and his [action design company] 87Eleven stunt crew. I had to learn judo, aikido, kung fu. I had to work with firearms—something I had never done before. I also had to become a dog trainer. It was like a six-month deal for me—eight hours a day of fighting, firing range and ending the day with two-three hours of dog training.

You are 52. Were you apprehensive before starting the training?

I just can’t escape this ‘52’, can I? This movie doesn’t get that number off me no matter how hard I try. I knew I was strong enough to do it, that is why I reached out to Chad and passionately expressed to him how much I really wanted to do it and how much I wanted to be in this movie. So, he had no other choice. I know I’m this certain age and I think it’s really important that as women we kick this ageism in the face. I’m so tired of being defined by that number and this was a great way for me to use my art form to sort of make that statement.

Your character in the film cries out for help. Whom do you turn to in real life?

Who has influenced you the most?

My fifth grade teacher. She took me in when I was very delicate and things were happening in my family. My father was a raging alcoholic and he had come back into my life. There was a lot of violence in my home and I was like a feral, scared cat. I didn’t know what to do. And she came along where my mother wasn’t able to pick me up at that moment because she was a victim of domestic violence. She was able to pick me up at that moment and give me worth and value, and give me an outlet to help me get out of those circumstances for a few hours a day and take me to history museums. She was a Black woman. She taught me about Black history and made me feel good about myself. I think she saved my life and put me on a path I’m on today.

What is your day outside work?

It’s like getting up at 5.30 am, making breakfast, waking up my kids, taking one of my kids to school—they go to different schools, so one day I take one and the next day the other. I have to switch since someone else takes the other to school. I work out, I train— that’s a big part of my life. I might have a meeting or two. Then there’s all their after-school activities. It’s all very boring. I cook for my kids and then go and pick them up from soccer or swimming. And then there’s their dreaded homework, but my kids are really good about doing their homework. Then it’s supper and bedtime. My little one still gets read a book at bedtime. When I am not working it’s all about being a mom, doing what has to be done for my kids.