Her Body, Her Choice

Where the hijab is not mandatory—and why 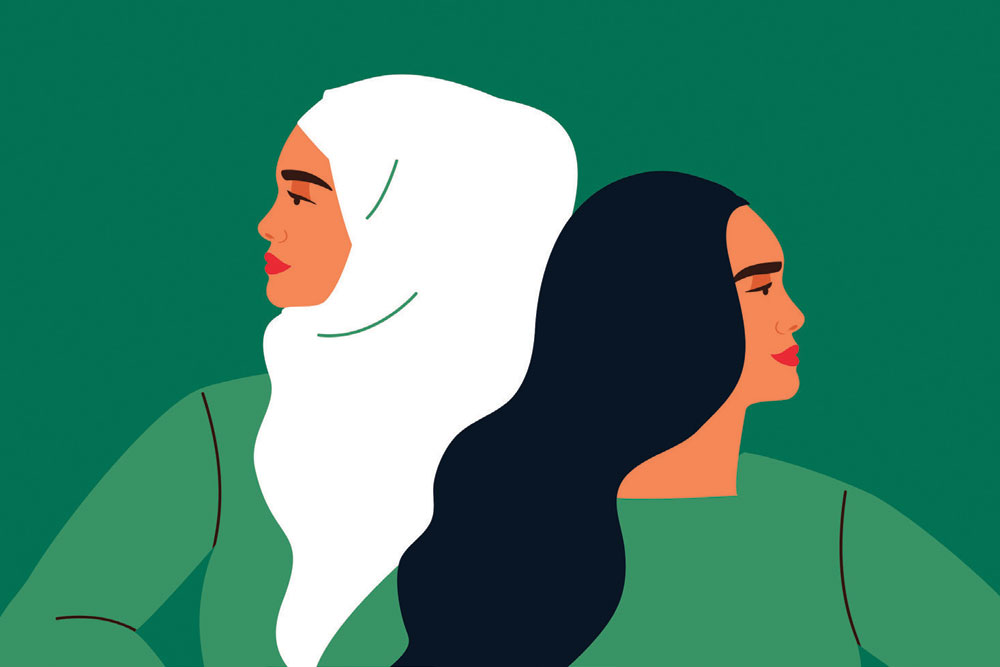 
ON FEBRUARY 19, I had the pleasure of listening to the brilliant presentations of some of Pakistan’s brightest students on my visit to the University of Lahore as a judge for the final day of its third annual National Policymaking Competition. Amid the Twitter din of a war against hijab in India’s educational institutions, there was something I noticed with much interest.

Three outstanding women in their mid-twenties and mid-thirties. The one in an abaya, a Covid-19 mask on her face, was the university’s director of Student Affairs. The other one wearing a colourful midi dress and pants, her head covered with a scarf, was the president of the university’s Young Peace and Development Corps (YPDC). The third, dressed in pants and jacket with a scarf down her neck, was YPDC’s general secretary.

The three women’s apparel exemplifies the diversity evident in the choices of dressing at one of Lahore’s leading universities. It is almost identical in almost all large and small cities of Pakistan. In the Islamic Republic of Pakistan, despite religious and cultural imperatives, no single uniform code of dressing is applicable in colleges and universities.

It is important to understand that the Quranic injunction about purdah makes it mandatory for an adult Muslim woman to cover her head and body when outside her house, or in the company of a na-mahram (a person with whom it is lawful for a Muslim woman to marry). It is also important to understand that there is no worldly punishment for not following the religious edict of purdah.

The word “hijab” is not heard outside the orthodox, religious Pakistan. Pakistani women cover their heads, in various forms, without giving it any title.

Much has changed. Much remains unaltered. It is all there, in many shades of it’s-a-man’s-world. The age-old norm of associating family honour with the ‘goodness’ of a female’s character, the unquestioned double standards of the acceptable conduct for males and females, patriarchy thinly veiled in cultural acceptability, toxic masculinity garbed in regressive societal mores sharply sliced in favour of men, and religion used as a cover for keeping women ‘in their place.’ The dress code for women is one of the most used instruments to whip a society into a ‘manageable’ mode. The covered body is the ‘honourable’ body in our part of the world where fully covered women are abused, beaten, harassed, raped, and murdered.

Throughout my life, I have seen the covering of head and body as a fundamental part of the clothing of Pakistani females, irrespective of their religious backgrounds. In my childhood and school years in the seventies and the eighties, dressing sensibilities underwent an obvious change during General Zia-ul-Haq’s abrupt ‘religionisation’ of Pakistan. Covering of head became compulsory for women appearing as newsreaders and anchors on Pakistan Television (PTV), but even then, TV and film actresses continued their work with their heads bare, and their clothing choices as per the demands of the role.

Forced to live with our paternal grandmother after my parents’ separation when I was four years old, my sister, a three-year-old then, and I went to a convent school in a very conservative town with never-questioned feudal traditions. Growing up there, a dupatta on the head was an expected phenomenon in our teens, and in our case, even more so because of our grandmother’s lifelong religiosity. On visits to our village, where my mother lived in her ancestral haveli with her mother and two younger brothers, both with part-time residence in Lahore, covered heads was as common as the freshness of rural air.

In the feudal families of Punjab and other parts of Pakistan, females dressed up—and still do—differently than the “common” people. It was and is more of a class custom than a religious practice. Centuries of entitlement and patriarchy, later perhaps combined with religious ethos, delineated rules of behaviour and clothing. Women of my immediate family and our close and distant relatives wore chaddars, thicker and larger versions of dupattas, when they visited one another or anyone else, or went for walks in the village. When in cities, although their dressing was still conservative, and included a dupatta, most women of my family, on both maternal and paternal sides, didn’t cover their heads.


In 2022, Pakistan does not have a uniform dress code or a mandatory hijab in most of its educational institutions and workplaces. No one is singled out for covering their head. And even where it is considered unpopular, women are not penalised, at least on any institutional or governmental level, for not covering their head

Kinnaird College, my all-girls alma mater in Lahore, had a Christian principal, a sizeable Christian faculty and student body, some Parsis, and a large number of Muslim students. Everyone dressed differently. Dupattas, inside the college, were neither compulsory nor common.

Decades later, things have changed while remaining entrenched in class, culture, and religious parameters. In no particular order. The Pakistani elite, as do its regional and global counterparts, exists in its own bubble, high-walled by its own rules. The middle class live their lives caught up in the eternalness of “log kya kahenge?/What will people say?” The low-income stratum is weighed down by its diurnal fight for survival, and their priorities are clear, fighting for clothing liberalism being not among them.

Most females, of all religions, from the underprivileged or low-income backgrounds, work and for the younger lot, conservative and contemporary dressing codes exist in two parallel worlds—the simple dress inside the house, and the more modern clothing at the workplace. An abaya, while commuting from home to the workplace, keeps it all simple.

In the so-called ‘Arabisation’ of Pakistan, one conspicuous aspect is the ubiquitous abaya seen on all types of women, all over Pakistan. Popular for its flowy elegance, and its opaque covering of body and clothing, it is worn as an alternative to the traditional chaddar or burqa. Scarves cover the head, and the purdah is complete. In upscale Pakistan, some females going to gym or shopping, clad in athleisure or jeans, wear abayas as a shield against the male gaze, to not look different among the average Pakistanis, or to cover their bodies when not in their zones of comfort.

The ultra-religious consider the full covering of body and head the only way to live a pious life, and females, from that background, at a young age and later, accept it with an open mind. It is not conditioning, it is the embracing of a religious injunction without attaching to it any worldly considerations. Not just the orthodox, countless regular women adopt the covering of head simply as adhering to a teaching of their religion.

In 2022, Pakistan does not have a uniform dress code or a mandatory hijab in most of its educational institutions and workplaces. No one is singled out for covering their head. And even where it is considered unpopular, women are not penalised, at least on any institutional or governmental level, for not covering their head.

What is sometimes taken as a male-imposed rule, a ‘backward’ society overmarking its toxic boundaries, as stifling of the soul, and suppression of the freedom to be, is simply a woman deciding to live the way she wants to.

Her will, her prerogative, her body, her choice. And following a religious injunction may sometimes just be the perfect answer.

Her Body, Her Choice