Why has Delhi suddenly become an interesting destination? 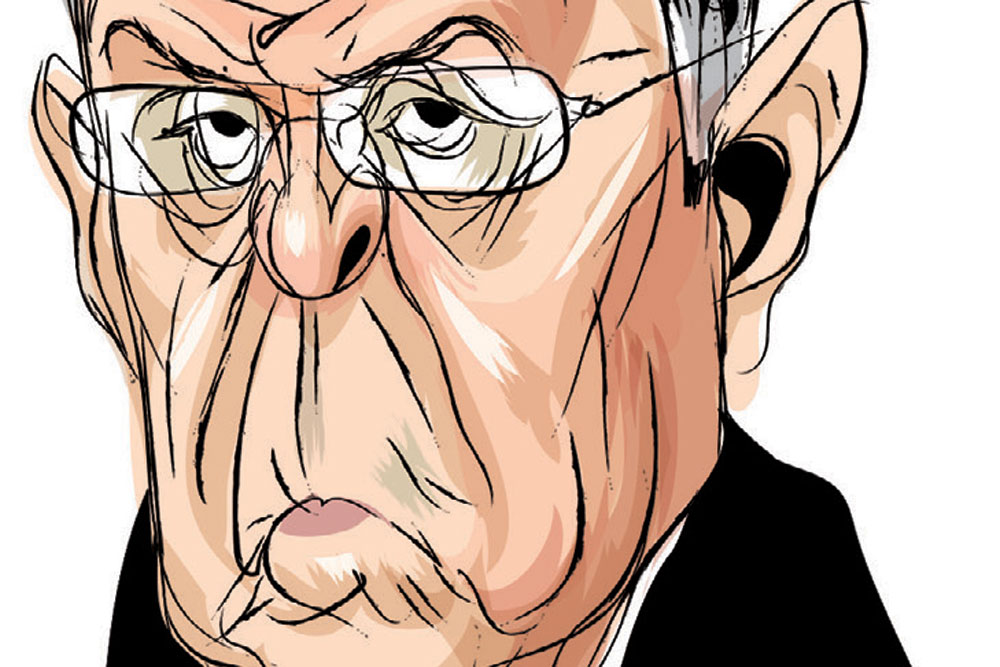 
Usually in winter top foreign dignitaries visit Delhi, and that is an old tradition. But this summer is different as the visitors make a beeline for the capital. Why has Delhi suddenly become an interesting destination? From the US under-secretary of state for political affairs to UK Foreign Secretary Liz Truss, Russian Foreign Minister Sergey Lavrov and his Chinese counterpart to the Japanese and Nepalese prime ministers, besides several ambassadors of Europe and Sri Lankan politicians, everyone seems to be eyeing India. According to sources in South Block, the Russo-Ukrainian war has only strengthened India’s position, since the country has neither aligned with NATO nor taken a pro-Russia stance. This has prompted China to plumb Prime Minister Narendra Modi’s mind as Beijing wants to invite Modi to BIMSTEC, which India is yet to confirm. On the whole, the capital is full of foreigners now and the hotels are full.

On his recent visit to Colombo, External Affairs Minister S Jaishankar saw a news item in a local newspaper that highlighted the acute medicine crisis in the country. The crisis is widespread, noted the report, citing a local hospital where the operation of patients was kept at bay for the lack of medicines. A visibly upset Jaishankar ordered India’s High Commissioner to Sri Lanka Gopal Bagle to tackle the situation, and the latter promptly swung into action by enabling the supply of medicines and logistical support from India.

Sonal Mansingh may be a great dancer but at Vice President M Venkaiah Naidu’s sprawling lawn in Delhi, in front of an audience of MPs, she chose to sing bhajans instead. If Mansingh sang Meera bhajans, BJP MP from West Bengal Rupa Ganguly rendered Tagore songs—all at a function to mark the farewell of Rajya Sabha members. Trinamool Congress trade union leader and Rajya Sabha member Dola Sen, too, sang a famous Tagore song. With such talent on display, the parliamentarians gorged on spicy Andhra food later in the day.

The foreign cell of the Bharatiya Janata Party (BJP) is out with a fresh campaign. The subject of the campaign is clear— “Know the BJP”. Many years ago, the party leaders of several countries used to come and meet the BJP party president and foreign cell leaders at the then party headquarters on Ashoka Road. But now BJP has made a new plan of action by inviting the prime ministers and high-profile ambassadors of several countries under the “Know the BJP” scheme to its party headquarters on Delhi’s Pandit Deen Dayal Upadhyaya Marg. Nepal’s prime minister recently visited BJP’s central party office and was amazed to see its sheer expanse, which took almost half-an-hour, in the presence of BJP President JP Nadda. Recently, 13 ambassadors of the European Union discussed several issues, including BIMSTEC, at the party office as well. Call it a new twist in BJP’s diplomacy—the party headquarters is massive and offers sightseeing opportunities for visiting dignitaries.

Nipped in the Bud

Population control was a pet subject of BJP’s Rajya Sabha member Rakesh Sinha, until now. Sinha hails from the Akhil Bharatiya Vidyarthi Parishad and is close to the Rashtriya Swayamsevak Sangh. For the last three years, he has been raising the issue of population control and demanding that the BJP government issue a Bill on it. He has even introduced a Private Member’s Bill in Rajya Sabha on the subject. But recently in Parliament, the health minister observed that there was no need for such legislation when all that was required was to create awareness among people through sustained campaigns. This has prompted Sinha to withdraw his Private Member’s Bill.

Samajwadi Party (SP) chief Akhilesh Yadav’s uncle Shivpal Yadav may distance himself from the former again. There are enough straws in the wind to suggest that he will be made the deputy speaker of the UP Assembly after he recently met state Chief Minister Yogi Adityanath. There is also gossip that Mulayam Singh Yadav knew of it all along
but chose to remain silent.

All eyes are on the 75-year-old Odisha Chief Minister Naveen Patnaik. By the next state Assembly election, he will turn 77. This is in the backdrop of an aggressive counterweight BJP that seems to have taken a decision to project Dharmendra Pradhan as its future chief ministerial candidate. Pradhan is close to Modi and Amit Shah and has a good track record as a Union minister. He was actively in charge of the UP election where BJP came up trumps. But Patnaik is in retirement mode, and he doesn’t have any successor. His sister is not ready to join politics, and his nephew is also not a known face in Odisha. It has set tongues wagging about Patnaik being a part of the National Democratic Alliance again, and perhaps merging his Biju Janata Dal with BJP down the line. In that case, Patnaik may bag a plum post at the Centre, says the grapevine. And Patnaik’s frequent visits to Delhi on the eve of the presidential and vice presidential elections are adding grist to the gossip mill.

Having been routed in the recently held state assembly polls, Congress is indeed in a soup. That poses serious concerns for Rahul Gandhi—if the party has lost every state, how can it be the face of the opposition? Besides, how can Congress be revived in time for the 2024 general election?

BJP national general secretary and Rajya Sabha member Arun Singh is so fond of ghazals that whenever he is on the move, he listens to these songs and downloads them on his mobile phone. He is learnt to have downloaded a collection of new ghazals when he was travelling to Karnataka, but could not listen to the songs as much as he would have liked owing to the hectic back-to-back meetings, rallies, and keeping step with Home Minister Amit Shah. On learning of Singh’s penchant for ghazals, Shah told him that he, too, was a music aficionado and requested Singh to share his collection with him.