As more and more urban dwellers gravitate towards plants, what does it say about how we experience our spaces? 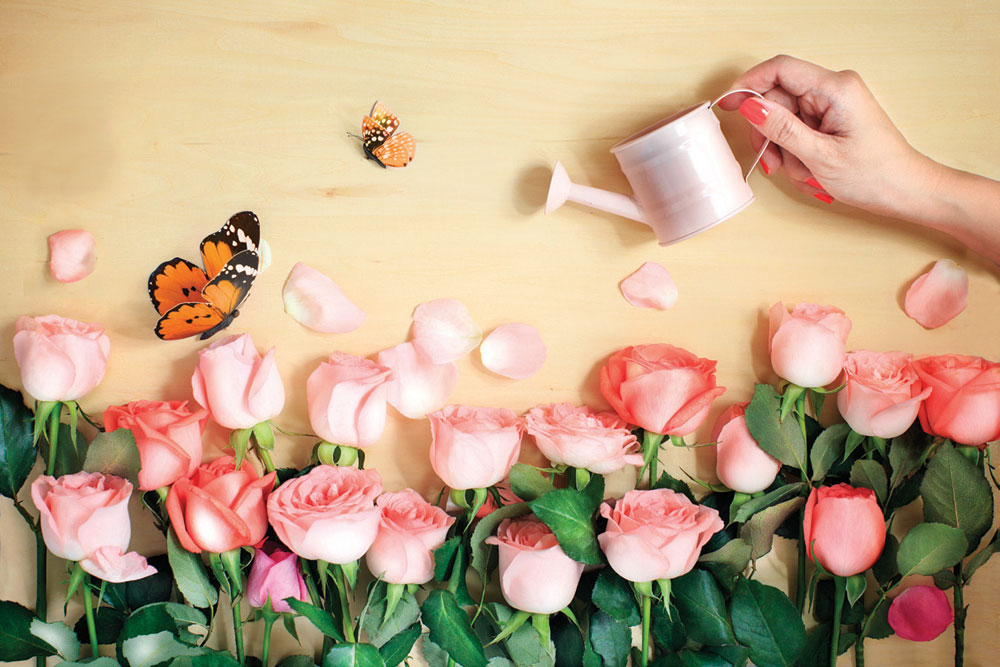 
“I HAVE NEVER owned a plant before in my entire life. But yesterday I went and bought four plants.” Kieran is here from Canada. He is a 24-year-old LSE graduate who is working for an international NGO in New Delhi for a year prior to embarking on a PhD.

Why do you think you did that, I asked.

“I wanted to reclaim some space from this city for myself. I have never lived in a city like this before where every nook and cranny is captured. I read an article somewhere recently where it said more and more young people all over the world were filling their apartments with plants. It was to push back against the urban scene.”
To which Ranjita, who was with us chimed in. “I would love to have plants but you see, we have the monkey problem.”

It transpired that battalions of monkeys roam the terraces of parts of Vasant Kunj in South-west Delhi. “Some say that they are monkeys who have been freed from the experimental labs of Jawaharlal Nehru University and of AIIMS,” she added.

But surely they are not going to inject these monkeys with the rabies virus or swine flu and release them, I said. Kieran looked like he could believe anything of India. “There is the law, and then there is the reality here,” he said.

Though our conversation meandered off to the monkey issue, the point about buying plants and filling one’s personal spaces with it stayed with me. Why are more and more urban dwellers, young and old, gravitating towards plants? What does it say about how we experience our spaces? What do we want from these spaces?

The ability to breathe freely is definitely on top of the list. Kieran pointed out that only in Delhi, the plant’s functionality was the selling point. The plant nursery owner highlighted usefulness of the palm tree—it reduces pollution. In Canada, they would talk about its ornamental value, he said.

Which brings us to the question: What exactly is the relationship between the development of aesthetic considerations by citizens and their experience of rights? Jean Jacques Rousseau said, “buildings make a city, but citizens make la cite [the urban].” Absolutely. Our citizenship in a city goes beyond residing in an urban space—it is also about creating an expressed ideal of what life we want to live, and what that life can be. Some of us dream of being country folk in a city, woodlanders surrounded by nature but with the amenities of a city at our fingertips. Alas, that will remain a dream for most of us since we cannot afford to own a farmhouse so close to a city. Or will it? Perhaps the dream can be translated into something in the urban spaces we occupy.

But more often than not, we don’t dwell on the nature of the space we occupy.

Why not? Is it because our relationship with nature is dependent on how we perceive our rights as citizens? Do we have to think of ourselves as deserving of beauty before developing an aesthetic sensibility? I think we do.

The definition of space as a spell of time suggests a mode of thinking about space and time that is less concerned with the ‘march of time’, a linear temporal movement forward. It suggests thinking about the pause in-between. As Ken Olwig points out, centuries-old terms like ‘space of time’ and ‘while’ (which means ‘a period of time’ or ‘a portion of time considered with respect to its duration’) suggest the long-standing existence of qualitatively different ways of thinking about time that depart from the metric regularity of the chronometer. If, however, seasons are thought of as being constituted by their content, for example, the springing forth of leaves and the livening up of nature, then we are dealing with phenomena that mark the threshold between qualitatively different periods of time.

What does such a conception of time mean for a garden? First, it means that we don’t stop gardening in summer—as many do in Delhi because of the heat. Second, we allow the seasons to dictate the flowers and vegetables we grow. Third, we create the content of the pause, a content filled with how we experience our selves and how we perceive the outside—the state, society, locality, neighbours, friends and family.


Most people would say roses bloom only in winter in Delhi. But the summer roses are smaller and just as gorgeous, with an aroma that is more intense in the heat

In India, we have not yet developed that sense of rights-experience. By we, I mean all strata of society. If you go to a mansion in Prithviraj Road or Vasant Vihar, in Delhi, you will find dozens of pots with chrysanthemums or dahlias or kochia grass depending on the time of the year. But these are placed in rows, like soldiers in a drill. Not stylistically arranged to evoke the sense of a beautiful garden, or as some have said, ‘the spirit of the garden’. What is this elusive spirit and how to find it? The spirit is, I think, created by the stories we choose to tell in a space, in this case a garden. When one sees these rows of pots, the story that springs to mind is colonialism or imperialism, of something that will penalise if the order is disturbed.

We Indians, who have always been either vassals, subjects or the colonised, may have become citizens after independence, but if we measure our experience of citizenship against our relationship to nature, we will find that most of us are still in the thrall of subject-hood. We order the garden into lines, into rows, as if they were our subjects rather than living creatures who have an equal right to live, and expand and grow in all sorts of ways. We don’t think about nature as curves, as asymmetry, as beautiful chaos. We don’t see seasons as pauses, as moments that can be filled with the plants that actually do bloom gloriously in the heat. Roses for instance, were prolific in high summer on my terrace. If you were to ask most people, they would say roses bloom only in winter in Delhi. But the summer roses are smaller and just as gorgeous, with an aroma that is more intense in the heat. The Texas sage, whose bright pink flowers lounge against silvery leaves in the heat and the monsoon, the gorgeous green-leaved syngonium, the mysterious green of the pine tree thrive in the monsoon and winter. Why not fill the pause, the season, with these, and surround yourself with nature’s bounty. Should be easy to do, no? Wrong, it is the most difficult thing in the world. Toil is part of how we can create such dreams. Are you willing to put your mind and hands to the problem of amending the soil, thinking of the right root strengthening liquid mixtures, imagining how you would like to see the plants arranged, and periodically checking them for pests and ailments? You may have a gardener, but it has to be your toil (mental definitely) that creates your relationship with the space. For this, we have to first hardwire our brains to think differently about gardens and the spaces we inhabit.

Community gardens are popping up in cities in the US, Europe and now in India. Gurgaon’s horticultural department says it will provide seeds and lease small portions from a 27-acre patch for a nominal sum to those interested in growing their own vegetables. Vegetable gardens do appeal to the more serf-ish ‘be productive in your activity’ element of our make-up, but think of the yummy tomatoes, sweet peas and beans you will have to cook and devour.

In any case, we have to start somewhere, and if you belong to ‘things ought to have a productive purpose’ school of thinking, then begin with a vegetable patch.

Matthew DelSesto points out in Cities, Gardening and Urban Citizenship, how community-managed gardening projects can create opportunities for creative political participation, the development of local leadership, and ultimately a resilient social infrastructure that top-down policy or business models are unlikely to achieve.

Through the process of reclaiming and transforming previously vacant land, the urban gardener can claim public space, and challenge the exclusionary biases of the nation state. He or she would be doing what sociologists James Holston and Arjun Appadurai describe formerly excluded and marginalised residents of cities as doing—asserting a new kind of citizenship as a right to difference. DelSesto points out that organisers, activists, marginalised groups, and those not adequately represented by national governments are creating a new social contract, a new mode of operating that is more politically democratic, socially just, and overall representative of the diversity of lived experiences. Organising gardening and sustainability initiatives, then, is a project of urban citizenship that could fundamentally remake urban society in a way that is more equitable and responsive to local contexts.

These sentiments resonate with the notion of a living democracy, a term used by environmentalist Vandana Shiva who says such a democracy is more empowering and effective than the conventional practice of a representative democracy. This daily contemplation and work in our gardens creates living cultures and living democracies.