Can Cheteshwar Pujara triumph against all odds just one more time? 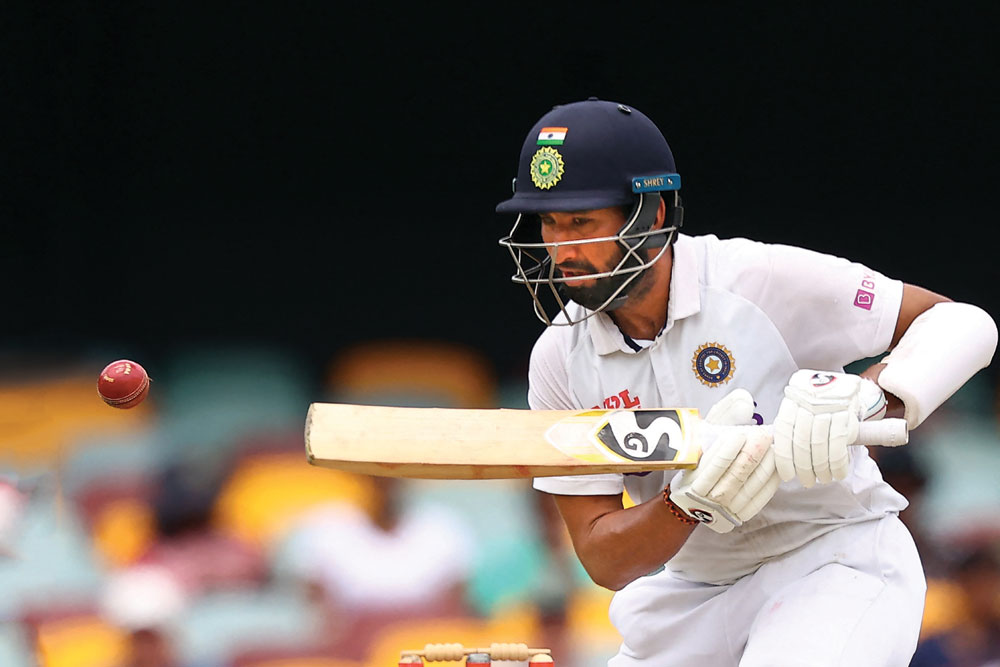 
I AM TAKING A risk by penning this piece at this time. When this edition goes to print, the third Test match between India and South Africa would have just started. And the outcome of the Test could well decide Cheteshwar Pujara’s future. Another failure would mean one between Hanuma Vihari and Shreyas Iyer replaced him for the Test series against Sri Lanka at home in February and, to be fair, it wouldn’t be a wrong call looking ahead at Indian cricket’s future. With a first innings average of under-10 for a period now, Pujara hasn’t been the one of old. Having said that, it is Cheteshwar Pujara we are talking about and that’s what prompts me to write this column. Each time he has faced the worst adversity, Cheteshwar has shown this innate ability to come back and deliver. Make it count for himself and India and it could well be that he does so yet one more time in Cape Town.

It was an inter-district match at Saurashtra’s Bhavnagar in 2006. Rajkot had lost the match. It ended by lunch time on the last day and 18-year-old Cheteshwar Pujara quickly called up his mother Reena after boarding a Rajkot-bound bus. It was sometime during the afternoon. “Mom, we have lost the match and by evening I will reach Rajkot. Tell Daddy that he should come and pick me up from the stop,” he had informed his mother.

He reached Rajkot in the evening but his father was nowhere around to pick him up.

“Those who went there to receive Cheteshwar broke the news to him. It was difficult for him to believe that the person he loved most in this world was no more. He was devastated for a few days. It was trauma of a very different kind, something he had never experienced,” there was a pause at the other end of the telephone. Arvind Pujara still finds it difficult to recollect the incident.

Reena Pujara was a breast cancer survivor and was well on her road to recovery. “She suffered a cardiac arrest. I didn’t want anyone to inform him about the tragedy when he was on his way back to Rajkot,” Pujara Sr said.

But then he won’t be Cheteshwar Pujara, India’s very own ‘Man of Steel’, if he would have allowed the tragedy to force him to enter a dark zone. He didn’t shed a single tear and that’s something that started bothering Arvind even more. And on the fifth day, he was in Mumbai for a U-19 game for Saurashtra.

“All I told the team manager was ‘keep an eye on my son’. He shouldn’t be left alone at any point when he is in his hotel room. I was myself dealing with the tragedy but my concern was Cheteshwar didn’t cry even once. He had internalised the tragedy and he was just 18,” said Arvind Pujara. It’s been 15 years since, but the scars of that tragedy still seem fresh.

He scored a zero in that game but a million more in showing the heart to deal with grief.

Late American playwright John Patrick had once said: “Pain makes man think. Thought makes man wise. Wisdom makes life endurable.” Cheteshwar Pujara’s greatest strength is knowing his limitations. It’s an attribute that goes unrecognised. But it’s a vital part of a human being’s mental make-up. Knowing what you can do and where you stand.

This was best evident when he described his approach to Nathan Lyon, someone he had trouble against in the past. “To be honest, I did have issues with Nathan Lyon when he toured India in 2017. I was finding it difficult to deal with the spin and Anil bhai had helped me plan differently for him. Don’t ask me the details for I wouldn’t be able to share them but it was Anil bhai who helped me evolve a plan for Lyon. Even after Adelaide, Anil bhai sent me a text and it helped me counter Lyon right through the series. As a team we knew that Lyon is one of their spearheads and it was important for us to neutralise him and I am glad our strategy worked and he wasn’t able to do much damage right through the series,” says Cheteshwar.


Pujara can never be Rohit Sharma for he doesn’t have Rohit’s range of strokes. But when it comes to putting in line both mind and body, the man from Rajkot is second to none. On January 19th, 2021, he knew that he had to survive the first two hours at the Gabba

Cheteshwar Pujara can never be Rohit Sharma for he doesn’t have Rohit’s range of strokes. But when it comes to putting in line both mind and body, the man from Rajkot is second to none. On January 19th, 2021, he knew that he had to survive the first two hours at the Gabba if India wanted to turn what till then looked like an improbable victory into a reality. To add to his challenges, on one side of the track there were cracks, which had been created as the match had gone on and balls had started misbehaving frequently.

“It was tough but I knew I had a job at hand. My gameplan was simple on Day 5. We didn’t want to lose wickets in the first session because if Australia had to win the Test, they needed early wickets. It’s okay to be hit for, to stay on that pitch, you needed to take those body blows. One particular end had variable bounce and the ball misbehaved if it hit the cracks. If I tried to get on top of the ball like we do in normal circumstances, it could fly off the glove or the bat handle towards slips or gully,” Pujara explained in the course of an interaction.

More than Brisbane, it was the third Test in Sydney that made the difference for Pujara. “I had started to find my groove in Sydney. In the second innings, I had started to play my shots also and the partnership with Rishabh was special. He played some outstanding shots and I hardly ever told him to curb his instincts. Except when I felt he could get out I let him be and he was simply brilliant. I got out at a very wrong time in Sydney for if I did not we could well have gone on to win the game. Vihari had a hamstring injury and that meant he couldn’t run and that constrained us more, making my dismissal that much more important. The partnership between Vihari and Ashwin was heroic and I am glad they managed to save the game for us and give us a chance going into Brisbane,” he argued.

And then he said something that left me stunned: “The choice was between taking some blows to the body and getting out. To tell you bluntly, I had to choose between being in pain and getting out. I chose pain for I needed to be out there for India and help my team either draw or win the game.”

Once Cheteshwar reached home, Arvind could hardly believe what he saw. “When he opened his T-shirt, I saw black spots everywhere. Those were blood clots and he could still manage a smile. My boy has always been a tough cookie.”

It is this tough cookie that India will want on show in Cape Town. For, if he turns up India could well win their first ever Test series in South Africa. And if he doesn’t, it could well be the end of a fantastic career. Cheteshwar Pujara, for yet one more time, finds himself faced with adversity. And for him and India, every cricket fan would want the tough cookie to come to the fore one final time.