A Tragedy in Tashkent

We cannot help our footballers by going against FIFA’s rules 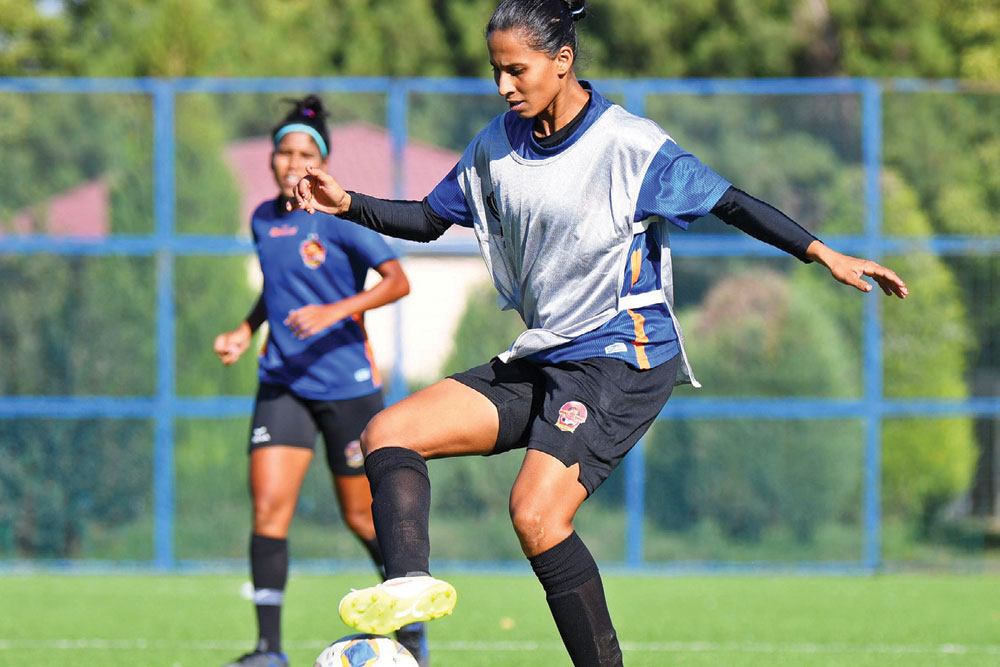 
IT WAS AN HOUR after the news had been formally communicated to the girls from Gokulam Kerala FC that they wouldn’t be allowed to participate in the AFC (Asian Football Confederation) Women’s Club Championship despite being in Tashkent and had to re­turn home at the earliest because the All India Football Federation (AIFF) was no longer recognised by FIFA. That’s when I spoke to Ashok Kumar, the CEO, who was with the team in Uzbekistan. “It is very disappointing as you can understand,” said Ashok before going on to add, “We just hope no other team has to face a similar situa­tion.” When I asked if I could speak to some of the girls, his answer was startling. “The girls are out training at the moment and I really don’t want to disturb them. I hope you will appreciate my position,” he said.

Despite knowing that their participation was no lon­ger a possibility, the girls had decided to train. Each one of them. They had decided on doing what they knew best. Playing football. And that’s where you feel for these girls. They had worked hard to get to Tashkent. In a country where women’s football isn’t big, it’s a difficult task to be a professional woman footballer. Life is full of struggle and at no point can you relax. Despite knowing the real­ities on the ground, they had managed to qualify for the AFC Women’s Club Championship. Our football bosses, who did not hold elections for years and who did not dis­charge their duties properly despite being asked to do so by the Supreme Court, let each of these players down.

Some basic facts: For 12 years there were no elec­tions conducted by AIFF. Finally, a Committee of Administrators (CoA) was appointed by the Delhi High Court on October 31, 2017, a verdict that was challenged via an SLP in the Supreme Court on November 10, 2017. Thereafter, the case was opened five years later on May 18, 2022. And the draft constitution that has now been framed includes a clause which makes room for 36 emi­nent footballers to vote in the AIFF president’s election, something that goes against the statutes of FIFA. The question is: Why was such a constitution drafted and what is it that allowed people in control at the moment to think FIFA would recognise an election premised on rules that went against its own statutes and mandates? Can such a constitution get by as the ‘law of the land’ despite being against FIFA’s rules?


Despite knowing that their participation was no longer a possibility, the girls had decided to train. They had decided on doing what they knew best. Playing football. They had worked hard to get to Tashkent. In a country where women’s football isn’t big, it’s a difficult task to be a professional woman footballer

Frankly, the law of the land argument has come up far too many times during the current controversy and de­serves a detailed deliberation. Indian football, like it is the case with football in 200 other countries, is affiliat­ed to FIFA, world football’s apex body. There is a glob­al footballing ecosystem which has its own rules and ev­ery country, which is a member of FIFA, has to follow these rules. To explain with a slightly different exam­ple, India has most recently passed an anti-doping bill in Parliament and it will soon become an act of law. India did so because we are a signatory to the UNESCO anti-doping charter. As a result, India will now abide by the global anti-doping norms prescribed by the World Anti- Doping Agency (WADA) and is a part of the global anti-doping ecosystem. Can India, despite being a signatory, say that it will recognise a particular substance banned by WADA just because it wants to? Can the law of the land argument be made in such a scenario? The simple answer is: No. India is not in a position to say it will not ban a sub­stance banned by WADA. The global norms are bind­ing on every affiliate and it is the same with FIFA. If FIFA doesn’t recognise individual voters, the only way out is to frame the AIFF constitution in sync with the global stat­utes. Anything to the contrary and the Gokulam situa­tion will continue to be repeated.

What is of real concern is that football is not the only sport going through a crisis. Hockey too is under a CoA at the moment, as is table tennis, and there were concerns that the hockey World Cup would be taken away from Odisha. However, a deep dive reveals that isn’t likely be­cause, much like the International Cricket Council (ICC) in cricket, the International Hockey Federation (FIH), the governing body for world hockey, is dependent on India’s financial strength. A World Cup on Indian soil comes with its associated riches and it will be difficult for FIH to ignore this very important ground reality. FIFA and the International Olympic Committee (IOC) are, however, different. India is not even a minor player in world football and FIFA has no real compulsions to support AIFF. Nor is it dependant on India in anyway and hence the suspension was a logical outcome after years of mis­management. The Indian Olympic Association (IOA), too, is under the scanner and if IOC came down hard on India in the next few months because elections haven’t been conducted on time, Olympic qualification for athletes could begin to be impacted. That’s where the sports min­istry needs to step up as the nodal body for sport in India. It needs to get the Sports Authority of India (SAI), federa­tions and athletes to come together and avoid any further embarrassment.

Indian sport can’t afford a repeat of the 2012 shame. If we remember, the suspension of IOA in December 2012 meant all the gains made in London 2012 were lost. Indian sport lost steam and the performance in Rio, four years lat­er, showed the damage done. After much effort, things are back on track and Tokyo was a watershed with seven med­als, including an athletics gold. We can’t afford to lose this momentum with the Paris Olympics less than two years away. The CoAs have to finish election procedures on time and hand over the reins to democratically elected bodies as mandated by the principles of good governance in sync with global sporting norms. Timelines are of critical im­portance and, so far, timelines have never been adhered to when it came to conducting elections. If Indian sport is to be cleansed, adherence to timelines is essential.

To return to the Gokulam girls. It takes courage and commitment to be able to train when you know your future is uncertain. Such commitment speaks volumes about the mental strength of these athletes and we, as a nation, need to step up to help them. We need account­ability from our sport leaders. For, only then can India realise its true sporting potential. No one is indispensable and it is time the men and women in power saw the writing on the wall.

A Barefoot Indian in Glasgow