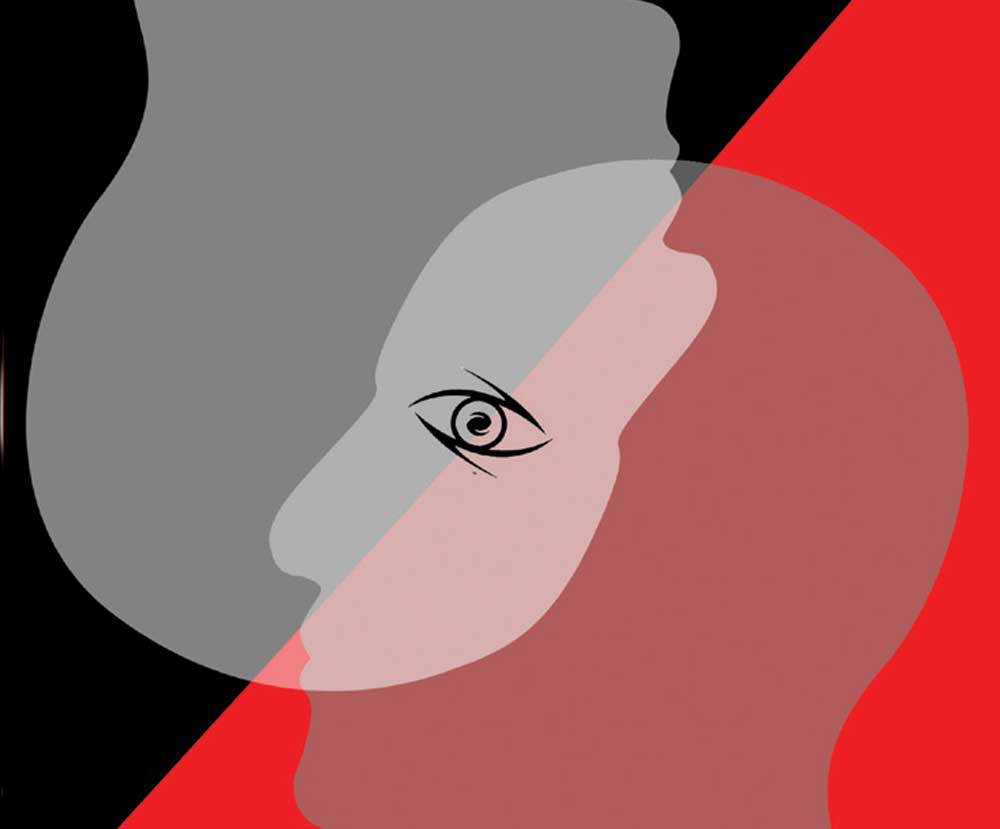 This series is called ‘A Gnostic’s Diary’.  So far, I haven’t sought to explain the expression. I constantly meet people who proudly proclaim, “I am an agnostic.” Or, “I am an atheist.” People have a right to their beliefs. But I wish they would explain what they mean. In both words, “a” is a negative. Therefore, you cannot tell me you are agnostic until you explain the gnostic you are negating. You cannot tell me you are atheist until you explain the theist you are negating. The word agnostic is derived from the Greek: a + gnosis. Gnosis means knowledge. Gnosis is cognate with the word ज्ञान (jnana), also meaning knowledge. Agnostic will be अज्ञान, ignorant. Is an agnostic saying, I wish to remain ignorant? (a) I don’t know. (b) I don’t want to know. (c) I don’t believe it can be known. Agnostic fits all three. I can empathise with (a), but certainly not with (b) or (c). Take (a). That’s typically based on lack of ‘proof’. We will consider the question of proof later. But if I base myself on an empirical argument, how can I confidently assert (c)?  Any empirical and proof-based argument can only disprove a proposition. No proposition can ever be proved. If that reminds you of Karl Popper, it should.

In the Census of 2011, there is a category called “religion not stated”. Almost 2.9 million people don’t mention their religion. However, there is also a category called “atheist” and this is what the numbers tell us. 33,304 people are atheists, 17,597 males and 15,707 females. 22,828 atheists are in rural India and 10,476 in urban India. Most atheists are in Maharashtra, followed by Meghalaya. I wish one knew whether they belong to the (a), (b) or (c) category.

Each expression has a history and an antecedent. When Thomas Huxley (the first one to coin the word in 1869) or Bertrand Russell used the term agnostic, they had something very specific in mind and did not bandy around the term in a loose sense.

Quotes will help. This is a Huxley quote from an essay written in 1893. “When I reached intellectual maturity and began to ask myself whether I was an atheist, a theist, or a pantheist; a materialist or an idealist; Christian or a freethinker; I found that the more I learned and reflected, the less ready was the answer; until, at last, I came to the conclusion that I had neither art nor part with any of these denominations, except the last. The one thing in which most of these good people were agreed was the one thing in which I differed from them. They were quite sure they had attained a certain “gnosis”–had, more or less successfully, solved the problem of existence; while I was quite sure I had not, and had a pretty strong conviction that the problem was insoluble…So I took thought, and invented what I conceived to be the appropriate title of ‘agnostic’. It came into my head as suggestively antithetic to the ‘gnostic’ of Church history, who professed to know so much about the very things of which I was ignorant.” This is a Bertrand Russell quote from an essay written in 1953. “An agnostic thinks it impossible to know the truth in matters such as God and the future life with which Christianity and other religions are concerned. Or, if not impossible, at least impossible at the present time. Are Agnostics Atheists? No. An atheist, like a Christian, holds that we can know whether or not there is a God. The Christian holds that we can know there is a God; the atheist, that we can know there is not. The Agnostic suspends judgment, saying that there are not sufficient grounds either for affirmation or for denial.” I can give similar quotes from Richard Dawkins.

Three obvious points follow. First though Bertrand Russell also mentions “other religions”, these are reactions to Christianity and religion defined as Christianity. Second, agnostic and atheist are sometimes treated as synonymous and sometimes regarded as distinct. Agnostic will be (a) and atheist will be closer to (c). An agnostic will say—I don’t know if there is a God (however defined). An atheist will say—I know there is no God (according to his/her definition). What is the word for atheist in Sanskrit and many other Indian languages? You are likely to say नास्तिक (nastika) and indeed, the word has been used in that sense. But nastika means non-believer. अस्ति means ‘is’ or ‘exists’. आस्तिक (astika) means someone who believes in that existence and nastika is its negation. The word  nastika was used for someone who denied rituals and supremacy of the Vedas. The right word for atheist (in the sense of non-existence of God) is निरीश्वरवादिन् (nirishvaravadi), an expression that is rarely used. Nastika can mean a non-believer in rituals and the Vedas, a non-believer in the atman, or a non-believer in a god who is a creator. We can’t tar everything with the same brush.

People may mention Charvaka to you. Not a single one of the Charvaka texts (authored by the school, not only by the individual Charvaka) exists. They may mention the 8th/9th century CE Tattvopaplavasimha by Jayarasi Bhatta as a later Charvaka school text. If you read it, you will find that Jayarasi Bhatta didn’t quite believe in what Charvaka is supposed to have believed in. They may also mention the 14th century CE Sarvadarhanasamgraha by Madhavacharya as yet another Charvaka school text. This text states what Charvaka is supposed to have believed in, but certainly doesn’t agree with Charvaka. People may mention Ajivikas to you. Yet again, not a single Ajivika text exists. Equated with Charvaka, or treated distinct from Charvaka, people may mention the Lokayata school to you. (Debiprasad Chattopadhyaya’s book is the best one I know of on Lokayata philosophy). The upshot of this digression into Indian philosophy is the following. When one is told there was a healthy atheist tradition (Charvaka, Ajivikas, Lokayata) in India, one must be careful. Atheist in the sense of not believing in rituals and the Vedas? Certainly. There are shlokas against rituals in the Bhagavad Gita too. Atheist in the sense of not believing in a creator God? Certainly. Atheist in the sense of not believing in the atman? We are on very unsure ground there.

Asked for an Indian term for god, many people will say देवता. A purist will demur. देवता is the feminine, the masculine isदेवत. Alternatively, देव is the masculine and देवी is the feminine. Etymologically, the words mean shining, dazzling, resplendent. That’s the reason ‘day’ is दिवा and ‘sky’ is दिव.  “When the stars threw down their spear, And water’d heaven with their tears.”  This is a quote from William Blake’s ‘The Tyger’, now usually written as ‘The Tiger’.  The symbolism of Blake’s poetry is not easy to understand. (Let’s not forget he was a painter too.)  These lines are a reference to the revolt (against God) by the rebel angels, also described in Milon’s ‘Paradise Lost’. The leader of the rebel angels, when defeated and cast out from heaven, was Satan. What was Satan’s name before he revolted? The first line of George Meredith’s poem ‘Lucifer in Starlight’ reads, ‘On a starred night Prince Lucifer uprose.’ If you are going to read the Bible in English, it is good to remember that the English version has been translated from the Hebrew. The meaning of the relevant Hebrew word is the ‘shining one, light-bearer’. Older translations of the Bible (like King James) render this as Lucifer. Modern translations opt for ‘morning star’ instead. Thus, before falling down from heaven, Saturn was the shining one.  Indeed, iconography depicts all angels to be shining.

The word अवतार (avatara) is translated as incarnation, though it is based on the word अवतरण, meaning descent, or coming down. It is a descent to earth. Shiva also had incarnations, although the common one is that of Vishnu. Sometimes, you will get a list of 24 incarnations of Vishnu, although ten is more common. The usual (sometimes Balarama replaces Krishna, as in Jayadeva’s ‘Gitagovindam’) list of ten is Matysa, Kurma, Varaha, Narasimha, Vamana, Parashurama, Rama, Krishna, Buddha and Kalki, with Kalki still to come in the future. Several people (Blavatsky, Monier-Williams, J.B.S. Haldane) have commented on the similarity with movement up the evolutionary ladder —fish, amphibious, mammal, half-man/half-lion, a dwarf man and then moving up to men. If you remember what I have written about varna earlier, and don’t accuse me of being a proponent of “caste”, let me add my additional twist, not mentioned by these three. Vamana was a dwarf. The ideal human is a ‘brahmana’. However, Parashurama, Rama, Krishna and Buddha weren’t brahmanas, they fell short. (Parashurama was born a brahmana, but he deviated and behaved like a kshatriya.) The first proper brahmana avatar will be Kalki. There is a message there for all of us. The purpose of being born is to uplift oneself and become radiant, like a god. There is divinity in all us. How can I be agnostic or atheist? 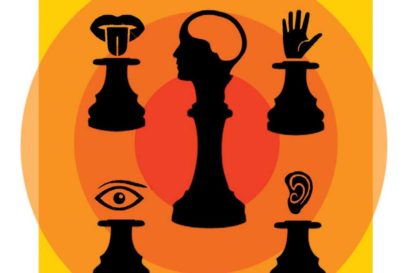 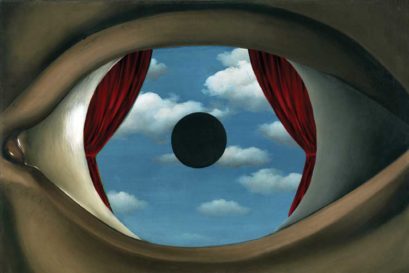 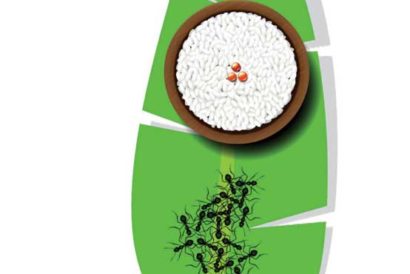