This better be turned into a Playstation game. People would have a lot more fun 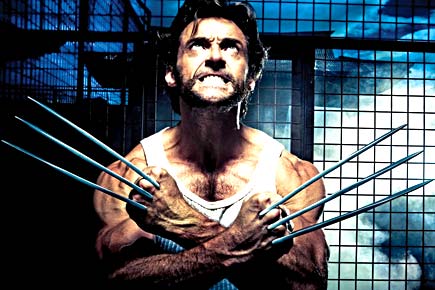 This better be turned into a Playstation game. People would have a lot more fun


Your could argue that X-Men Origins… is not a violent film at all. The artificial reality of the genre to which it belongs precludes this. The action in the movie is so divorced from human emotion, so spectacular in visual design, so much in excess of the requirement of the plot, so completely disconnected from cause and effect that cinema is turned into a giant computer game.

You could lay the conversation in the screenplay of X-Men Origins… end to end and you wouldn’t get more than 15 typed pages, most of it in abbreviated grunts. The movie is about two mutant brothers, played by Hugh Jackman and Liev Schrieber. A mutant, by the way, is what you get from evolution by unnatural selection, bypassing the great apes, the abominable snowman, our ancestors in Africa, Tutankhamun in Egypt and Woody Allen in New York.

Just as well. The Wolverine look suits Hugh Jackman. He is handsome in a wolfish sort of way with those sideburns and that great body. We are told the brothers have been indestructible over the last century or so and have fought in the American Civil War, World War II and Vietnam. However, later in the film, in his updated avatar, the Jackman character develops this remarkable set of retractable blades on his knuckles—like one of those fancy Swiss army penknives you can snap open with a click.

With his awesome equipment in full display, you would think Jackman would impress the ladies. No such thing. In any case, sex is impossible because most of the women in the movie look like Nazi nurses in concentration camps.

The director of X-Men Origins… is Gavin Hood, but in truth the man or machine that is responsible for the action in the film is the operator of the digital effects generator. Hood would have to be told about the angle, the magnification and the camera movements necessary in order for the digital effects to work. Frankly, why bother to tell the director at all. Tell the cameraman.