Ashutosh Gowariker’s latest film, on the business of buying and selling brides, is surprisingly atavistic and insensitive. 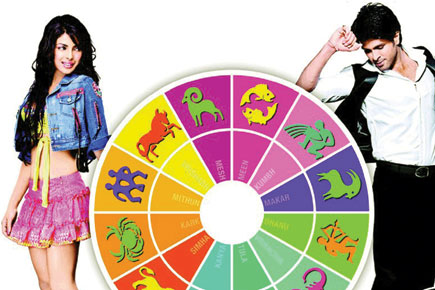 Ashutosh Gowariker’s latest film, on the business of buying and selling brides, is surprisingly atavistic and insensitive.


It is amazing that a director who has made large canvas films with a degree of competence, a director who has displayed an ideological stance on history and its documentation, can come up with such atavistic, retrogressive material. What’s Your Raashee? is about the Gujarati world of marriage and its comfortable equations with dowry.

The family of Chicago-based Yogesh Patel (Harman Baweja) summon him home to get married. They are in urgent need of a few crore because of an errant brother who has borrowed from the local ‘bhai’ and a court summons or two for non-payment of dues. In the rich Patel Gujarati system, marriage is accepted currency in business. The well brought-up lad agrees to help by selecting a bride. As for the minor matter of compatibility, he decides to interview one girl from each of the Zodiac signs.

Priyanka Chopra plays all the 12 girls and credit to make-up, costume and art direction for her many avatars. The roles fit the stereotypes of the Zodiac. Ms Libra is calculating, has a lawyer present at the dinner date and says that the moment the contract is signed, the (dowry) money will be handed over and what she wants in exchange is non-resident status in Chicago. Ms Scorpio plays the blushing bride who is actually sexy, wild and passionate inside. Ms Gemini wants to be with it and hep and also be the traditional wife…

It is the sheer vulgarity of the marriage trade show that wears you down finally. Buying and selling a woman is discussed with such open disdain for civilised conduct, with such contempt for the institution of marriage, with such homage to numbers. Of course, it is all presented as comedy, and so, not to be taken seriously as social commentary. Which is hardly fine in a pan-Indian context, where dowry is a very serious social crime. This is a film of gross insensitivity by a director who has, till this point, been appreciated for his progressive outlook.