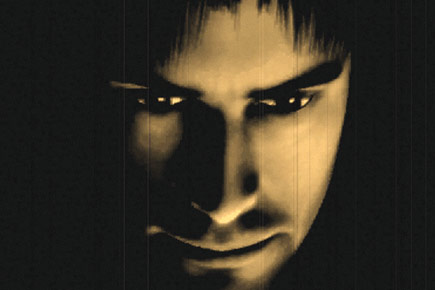 
Has Mohammad Ajmal Kasab become the new face of terrorism? Young, clean-shaven and with intensity blazing from his face, the image of Kasab’s run of terror through the streets of Mumbai on 26 November 2008 changed something about terrorism for all of us. The anonymous ‘other’ suddenly rose to become a personal story; a tragedy. Unsurprisingly, it became a great plot for a Bollywood melodrama, Total Ten (the shooting of which Open covered in its 19 June issue). And strangely, the main character in Eyes of Silence, a five-minute animation film creating a stir at international film festivals, bears an uncanny resemblance to Kasab. Strange, because the film was completed by September 2008, a full two months before the world came to know Kasab’s face so well.

In Eyes of Silence, filmmakers Avi Sidhu and Navneet Khinger take us right into the mind of the terrorist. Their first animation film—and, incidentally, India’s first animation on terrorism—they were moved by heart-wrenching images of families torn apart by terrorist attacks into making this. “We realised there is no country that hasn’t been plagued by terrorism. We wanted to portray this problem in a manner that would be relevant to all,” says Avi.

The film opens with the image of an explosives expert living in an Islamic society being summoned by the local leader of a terrorist outfit. His mission: make bombs and plant it in various locations of a Western country. Just as he places a bomb in a mall, he meets a little girl who offers him a bite of her ice cream. In her innocent eyes, he sees a reflection of his own child back home, and realises the grief he will cause to parents like himself.

Created with two computers and a minuscule budget in their small office in Chandigarh, the film has already knotched up five international awards, including the highly coveted Accolade Award of Merit in Animation 2009 and the Silver Award for Best Animation at Lake Arrowhead Film Festival, 2009.

Great going for a couple of first-time filmmakers. Actually 3-D animators by profession, they run a firm called Virtual Realms, which is essentially into architectural design, for which, too, they’ve won several awards. “Through this film, we wanted to convey a powerful message, and also show the world that quality animation can come out of India,” says Avi. After months of watching documentaries for research, the duo decided to take the plunge. Since they didn’t have any resources or expertise in filmmaking, they took on the animation medium (next is one on Maharaja Ranjit Singh).

Avi and Navneet realised the impact they had created when their film was screened at Festival de Cannes this year under Showcase for Emerging Filmmakers. “It just shows that animation need not just be about cartoon characters; it can be serious as well,” say Avi.