The Man Who Knew Infinity 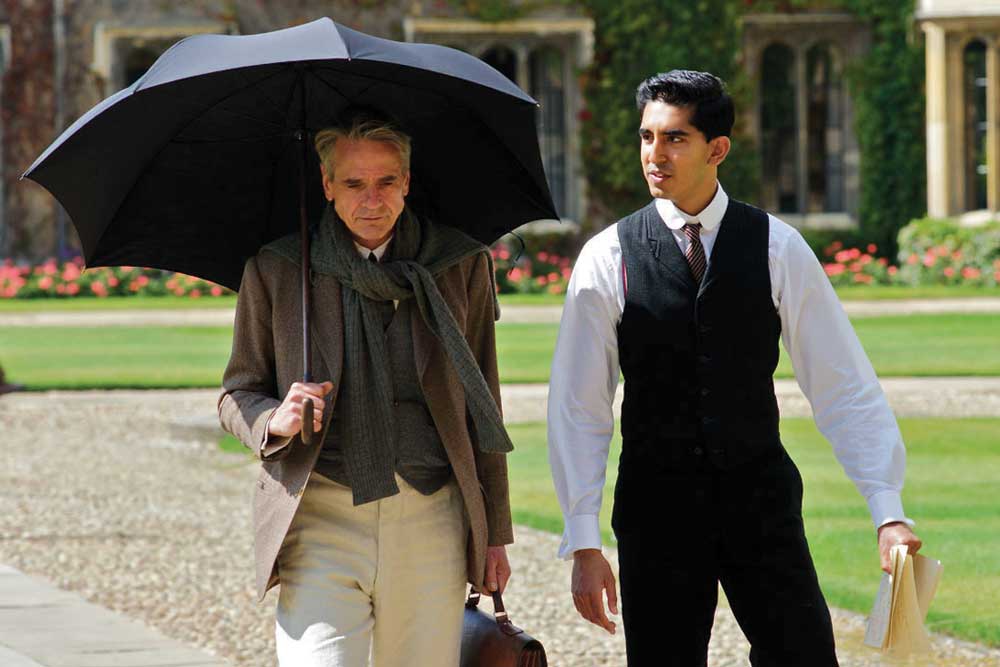 FOR A MATHEMATICIAN who used words as selectively as he did numbers, GH Hardy’s description of his friendship and collaboration with Srinivasa Ramanujan as ‘the one romantic incident in my life’ is quite evocative. But then, as Germaine Greer once declaimed on BBC with great finality, “Nobody has sex in Cambridge.” So this is a story about a short and brilliant life, told as it must be at Trinity College, with very little passion and in a textbookish manner.

Still, in a strictly mathematical sense, it remains a beautiful equation between a wry Englishman and a devoutly religious Indian genius. It is romantic in the sense of the relationship between EM Forster’s fictional characters in A Passage To India, Cyril Fielding and Dr Aziz— divided by an infinite distance in culture but connected through the infinite equations that make up the universe.

In the most thought-provoking moment of the film, Ramanujan, who has been exasperated with Hardy’s insistence of ‘proof’ for his theories, says that the ideas just come to him intuitively, through dreams and prayers. Then, confronted with Hardy’s unbelieving expression, he explains that God has already constructed all the equations in the universe, so of what earthly use is proof? The only job of the mathematician is to discover the formulae with which the world was made.

Jeremy Irons plays the liberal Englishman with a rigorous academic discipline perfectly. But Dev Patel, who has already proved himself as an actor with a limited range, is miscast. His Anglo Indian mannerisms are ill-suited to playing a Tamilian Brahmin of an earlier time, and all he does is studiously adopt the unhappy expression of a misunderstood genius.

This film is not the cinematic play of numbers that was A Beautiful Mind. Still, it is an absorbing and watchable movie in the expository style.