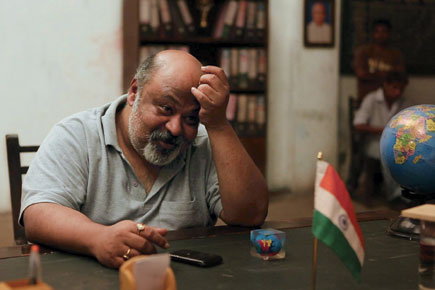 
The play-within-a-play idea of The Last Act may be a little too esoteric for a murder mystery. Touted as ‘India’s first collaborative feature film’, there is virtually no suspense in the film.  You are thrust into a dozen wild goose chases in 12 cities, on the trail of a murderer who has left 12 clues at the scene of the crime. The movie is structurally innovative, in keeping with the narrative diversity of recent Hindi cinema, but you see the experiment going awry as early as the second investigation.

However, if you alter your focal length and look at the film not as a thriller, but as 12 takes on multiculturalism, it takes on an interesting hue. Because the stories are local, what you get is a sense of the diversity of Indian cities. Language changes from Hindi to Marathi to Bengali to Tamil, and since the English sub-titling in the movie is pretty good, the inflection of language that defines a city’s culture comes through well.

Take the episode in Kolkata. The clue here is a line that refers to ‘the tail of a Mr Bose’.  The policeman tells his superior officer that it is a nonsensical clue, because, as we know, men have no tails. However, our ‘Feluda’ in uniform  knows better and visits an iconic statue of Subhas Chandra Bose seated on a horse.  He then follows the direction that the horse’s tail points to. This is so delightfully in the ‘nonsense verse’ and detective story tradition of Bengal.

Similarly, nuances of lifestyle and speech and  the ambience that architecture gives a city are nicely captured in the Lucknow episode, where the cops are so laid back and polite, they gracefully accept jalebis from suspects during questioning. It  would be rude not to; besides, the jalebis are delicious.

In this manner, The Last Act is episodically amusing, but, as an overall cinematic experience in the thriller genre, quite disappointing.