The film has moments of brutal truth, and for this it is worth watching 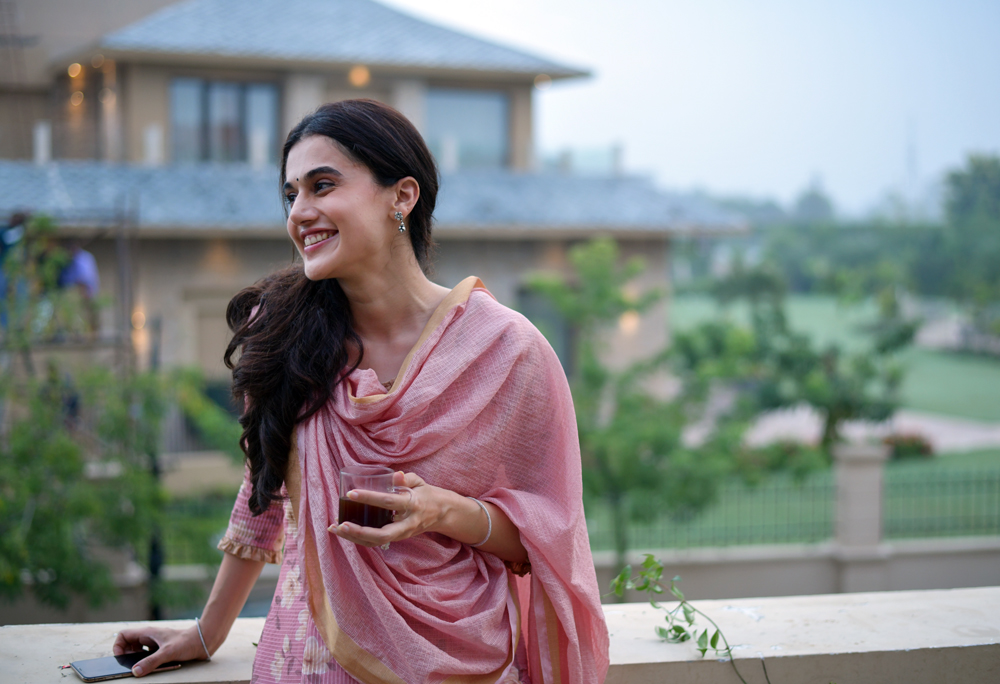 It is all a matter of perspective. In order to emphasize the ritual of a morning routine at an upper class home in Delhi, this film shows us an alarm clock going off, the newspaper man flinging the paper on the doorstep, the brewing of the morning cup of tea, and so on. This sequence is repeated half a dozen times in ‘Thappad’, with minor variations, to indicate the alteration in personal and family dynamics during the course of the film.

One could interpret this as the process of layering a movie with meaning; providing it with subtext perhaps. But, frankly, the only effect it has is of slowing the narrative down. The device ends up as predictable and boring, and while one gets the point of how it shows the progressively alienated state of mind of the protagonist, Amrita (Taapsee Pannu), as the days pass by ever more painfully for her, after the evening she is slapped by her husband at a celebration party, it is too obvious as storytelling, and too self conscious.

What also does not work in the movie are the parallel sub-plots that the script draws, to show how other women in the patriarchal set-up suffer in similar fashion. The household maid (Geetika Vidya Ohlyan) is regularly beaten up by her drunk husband, and sometimes has too many injuries to show up for work. As the help, she has witnessed the refusal of her employer to put up with a single resounding slap delivered on that fateful evening, and her confidence has grown, to the extent that she later ends up launching a counter-attack on her husband.The scene is unintentionally comic, which partially ruins the intended effect of this sub-plot.

The ‘Amrita Effect’ in ‘Thappad’ extends to her lawyer (Maya Sarao), and her married life. Her husband (Manav Kaul), purports to be proud of his wife, but he ruins it all by wanting to have sex with her. He pins her to the wall, she rebuffs his advance, and he is made to look like a creep. Fine actor that he is, Kaul seems embarrassed at trying to pull off the unconvincing scene.

But since the central character is well defined, and the gradual disintegration of her identity as an individual, a wife, and a citizen, is nicely described, and beautifully acted by Pannu, the movie works. The best scene in ‘Thappad’ is undoubtedly at the Party. Amrita’s husband, Vikram (Pavail Gulati), has an office celebration at home, to mark his promotion to the top post at his company’s branch in London. But in the middle of the party, he gets a call saying that there is a change of plan, and that he will be number two in London, and will have to work under a ‘Gora’. Furious, he turns angrily on a colleague who he feels is responsible for the decision. Ever the protective wife, Amrita, sensing trouble, holds him back, and instead of hitting the colleague, Vikram turns around and hits her. It is a swift and spontaneous switch hit.

The reverberation of the slap never stops in Amrita’s head, and the dissection of her husband’s attitude impacts slowly, and emotionally, gradually emptying out all respect and affection that she once had for him. Eventually, when there is nothing left inside, and she has herself and her parents back into her sensibility, she tells Vikram that she wants to leave because ‘I don’t love you’. It is a nicely etched denouement, and in his ritualistic pleading and legal blackmailing, Gulati plays the role of the ‘wronged’ husband well. No matter what happens with his wife, he always remembers to touch the feet of his in-laws, like a good upper caste son-in-law.,

In exactly the same manner of organized caste and religion, Amrita ritually attends the ‘Puja’ in her in-laws’ home, and also touches her in-laws’ feet. Cloistered by this tradition, the outside world of lawyers and the ‘Delhi Family Court’, are never an intrusion, as if to say that cultural conformity has nothing to do with a man-woman relationship, or the disintegration of a marriage. They are two separate things.

‘Thappad’ is a film that stays with you, not for the condemnation of patriarchy, which has been done better and with more refinement before, but for looking at how the marital relationship is so deeply embedded in a society, and how this burial is partially responsible for its inevitable decay. The subsequent extraction is extremely painful, and any attempt at a restoration of that marriage to the status of a simple man and woman relationship, is impossible. The film has moments of brutal truth, and for this it is worth watching.