The film is a surprisingly good watch 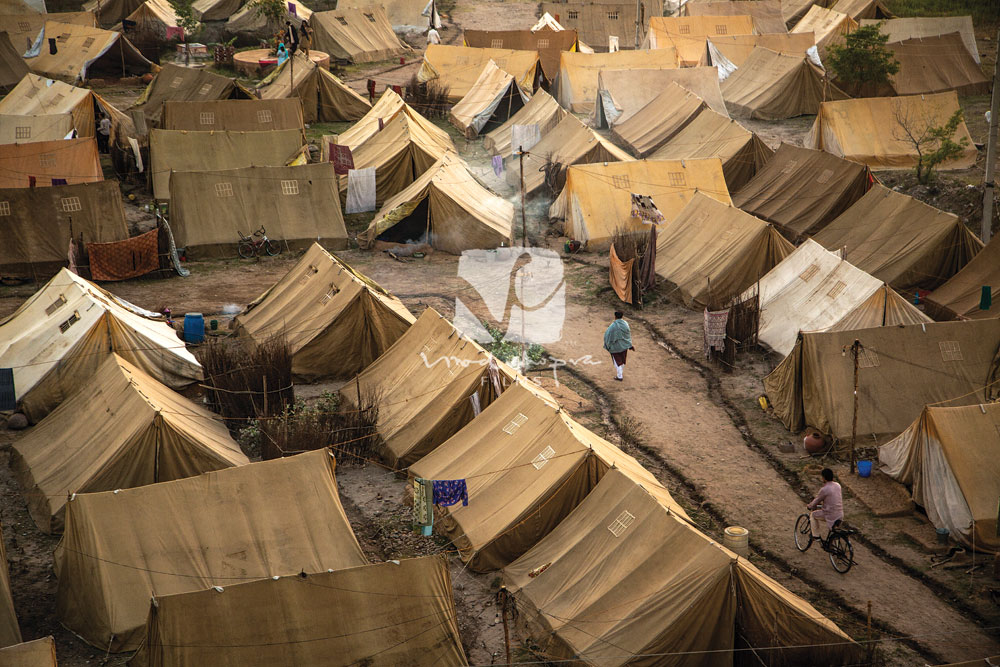 ‘Shikara’ is a story of displacement, and the persistent nature of grief that never leaves its side. The movie is, of course, about the exodus of Kashmiri Pandits from the Valley, but the emotional and psychological trauma it describes will find resonance amongst fleeing, or forcibly uprooted communities across the world.

The film begins with the undiluted happiness that extraordinarily beautiful surroundings, natural and architectural, can bring to people. A blissfully married couple, Shiv and Shanti Dhar, live in a home called ‘Shikara’. They fall in love after being cast as lovers in minor roles in a Hindi film shoot. The go-between in their further romantic involvement is Shiv’s friend, Latif (Zain Durrani), a ‘Ranji’ level cricketer, who is also looking for a pretty Kashmiri girl to marry.

Scores of movies have pictured this valley, but Cinematographer Rangarajan Ramabadran excels in capturing precisely what distinguishes the striking nature of this location; something that Salman Rushdie deconstructed when he said that “it (the beauty) has something to do with the fact that the valley is very small and the mountains are very big, so you have this miniature countryside surrounded by the Himalayas, and it’s just spectacular”. The film shows you montages, shot at different times of the day, in changing light, filtered through the mountains and mist.

It also, for a poignant perspective on the painful nature of the exodus, shows you stunning, overhead shots of the mass departure of the Pandits, with an endless convoy of trucks, busses and cars snaking down the highway to Jammu. It is perhaps the last time this community will see the beauty that nurtured their loves, their dreams and their poetry. Yet, ironically, this panoramic, wide-angled display, set against the majestic mountains and the pretty countryside, shrinks the human loss, and indicates the indifference with which nature and the wider world view this migration, executed under the shadow of the gun.

The inexorable and all consuming nature of geo-politics, turns Shiv (Aadil Khan) and Shanti (Sadia) into refugees, and Latif, the talented centurion in Ranji matches, into a militant; his cricket bat exchanged for an automatic weapon; runs for murdering, runs for being murdered. Torn asunder by politics, the memory of their friendship miraculously endures.

As do all memories in Kashmir. Though ‘Shikara’ is based on an evocative memoir by Rahul Pandita, the narrative of grief in the forced separation from a beloved homeland evokes, and reminds one, of the emotion in Khaled Hosseini’s novel, ’The Kite Runner’. This is a tale of a life of privilege in Kabul, turned upside down by the arrival of war and the Taliban, and the consequent haunted lives of those elite Afghan refugees in Pakistan, and, later, the United States. The lead character, and his father, like Shiv and Shanti, are unable to forget who, and what they left behind, for the rest of their lives. Hosseini writes: “That was a long time ago, but it’s wrong what they say about the past…..Because the past claws its way out. Looking back now, I realise I have been peeking into that deserted alley for the last twenty-six years”.

Because the politics in ‘Shikara’ is not overt, the film is able to connect well with a sense of the impermanence of existence that never leaves the new reality of refugees, and the old dreams of their natural sensibilities.

The end of the movie has some hyperbole, and, perhaps, one or two of the performances could have been toned down a little, but otherwise, the film is a surprisingly good watch.