This edition of the Star Wars franchise may not be the most glitzy, but it has identifiable political connotations configured in its stylization 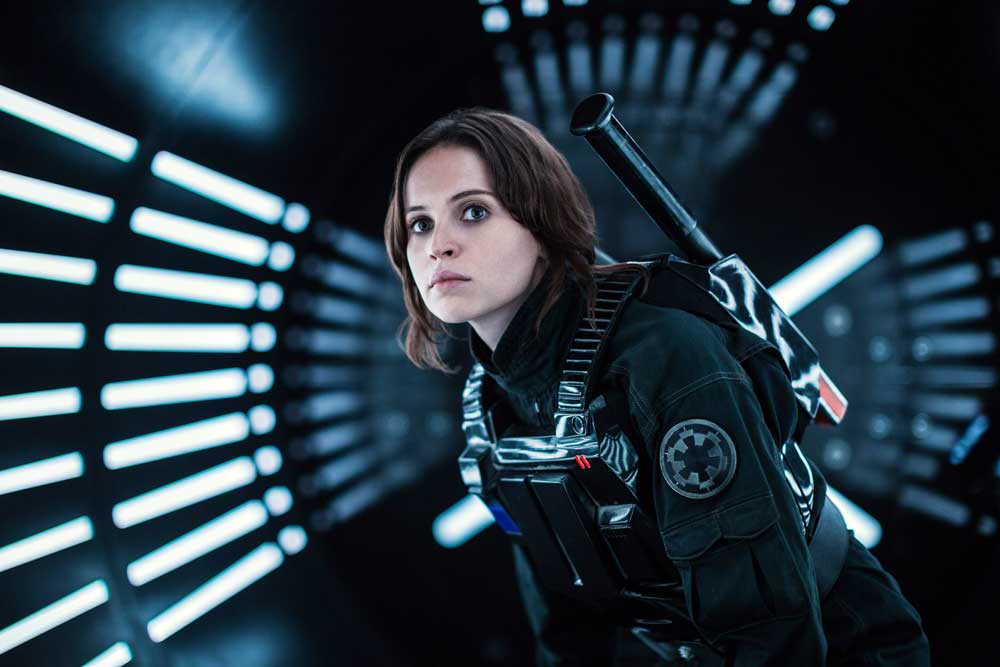 When the first Star Wars film was released in 1977, it was seen as pure science fiction, with no direct political analogy to accompany it. The story was simple. There was a Galactic Empire and it possessed a ‘Death Star’, a space station with a capability to decimate entire planets. For the Galaxy to survive as a federal structure, this apocalyptic weapon had to be destroyed. A Rebel Alliance was formed and a full blown civil war had begun.

Gradually, the iconic film, and the series that followed, acquired a political colouring. In 1983, under the administration of President Ronald Reagan, ‘The Strategic Defense Initiative’ (SDI), an anti-ballistic missile system intended to counter a possible nuclear attack, was dubbed Star Wars. The President went further and referred to the then Soviet Union as The Evil Empire, a line straight out of George Lucas’s films, and the subject of much jocularity by Johnny Carson in ’The Tonight Show’.

‘Rogue One’, nearly forty years later, is an independent prequel, first about how The Evil Empire acquired the ‘Death Star’, then about the formation of a Rebel Alliance to destroy this horrific threat to their planets, and, finally, the attempt by the Alliance to get the master plan of the weapon out of the Galactic Empire. At the beginning of the movie, it is discovered that the research scientist who was captured and forced into developing the weapon, a man called Galen Erso (Mads Mikkelsen) had encrypted what we might call a bug into the reactor, a code that could self destruct the weapon system. The data in his plans now has to be stolen and sent to the Rebel Alliance. And who better to lead the mission, than his brave daughter, Jyn Erso (Felicity Jones), the heroine of the movie?

Unusually, Rogue One does not have the 3D gimmickry of an updated, technologically advanced, new age movie about the Galactic Empire. Contrarily, it has the visual design of a present day military alliance, fighting a better equipped and financed dictatorship, and constantly being referred to as a terrorist organization by the propaganda machinery of the Empire. There is a grungy look to the film, appropriate to a vastly outgunned group of rebels making a virtually suicidal attack on a powerful opponent. The war between unequals in Vietnam, under US military control, and then Afghanistan, under Soviet occupation, come to mind. Also, the unequal battles in present day Iraq and Syria. This edition of the Star Wars franchise may not be the most glitzy, but it has a narrative which becomes stronger as we go along, and it has identifiable political connotations configured in its stylization.

As a result, the film does not end up as the most entertaining of the series. But it has serious intent, is reluctant to glamorize war in the Star Wars future of our Galaxy, and shows the personal and political costs of a rebellion against a powerful imperial force to be substantial and painful.