For some classic fights 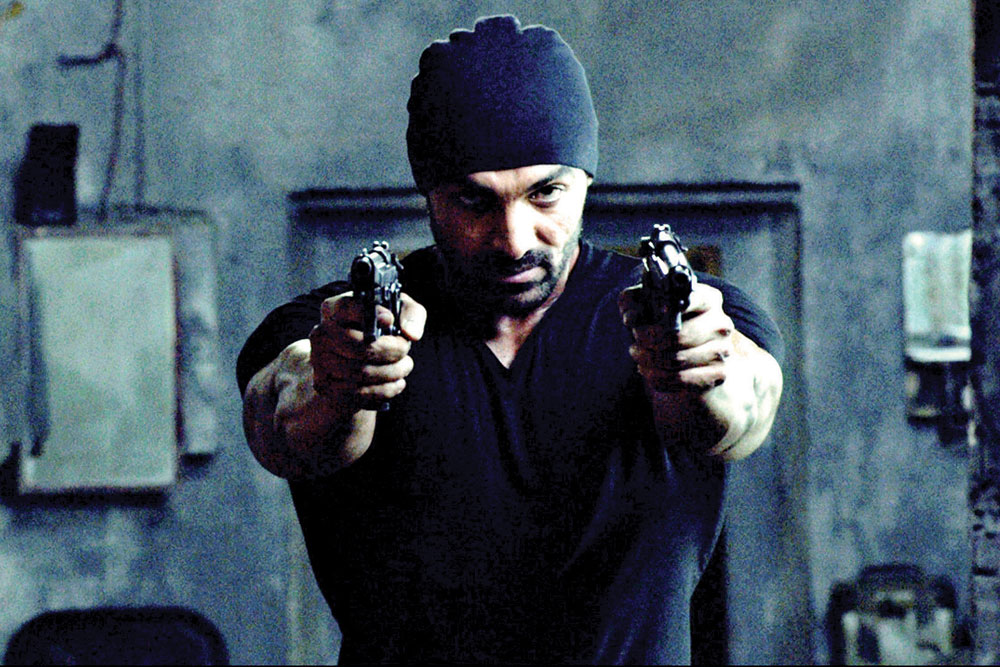 WITH ROCKY HANDSOME, as with Force earlier, John Abraham is focused on embellishing his image as a strong and silent action man. Should this consciously developed persona work with the audience, it will become an albatross around his neck. This is the conundrum; popular cinema easily imprints a fixed image on an actor and, once it sticks, restricts him from developing a wider range as a performer. This can be destructive, but for now Abraham seems to be enjoying himself.

Rocky Handsome has action scenes that are exceedingly well done, and not for a moment does it cross your mind that the character Abraham plays, Kabir Ahlawat, a man with a violent past, isn’t capable of decimating the opposition single-handedly. The story is a simplified adaptation of a Korean film called The Man from Nowhere and it has a very slim plot. It is about this monosyllabic man who has lost his pregnant wife in an assassination attempt and now lives a retired life running a pawnshop in Goa. He has only one attachment, a gruff relationship he shares with an eight-year-old girl called Naomi (Diya Chalwad). She lives with her single mother, a woman whose mind is addled with drugs, and who is exploited by the mob in Goa. One day the mother and daughter are kidnapped and this unleashes all of Kabir’s repressed fury. From here on, the movie follows the protagonist as he tears his way through the heart of organised crime. Interestingly, the violence is not mindless and each encounter is choreographed so that it does not become repetitive. Abraham works assiduously on this with Kazu Patrick Tang, a martial arts expert who plays Atilla, the chief henchman of the chief bad guy, Kevin Pereira (Nishikant Kamat).

These two give us classic fights, one in a night club and the other in a church, that make this otherwise typically generic movie worth the while.