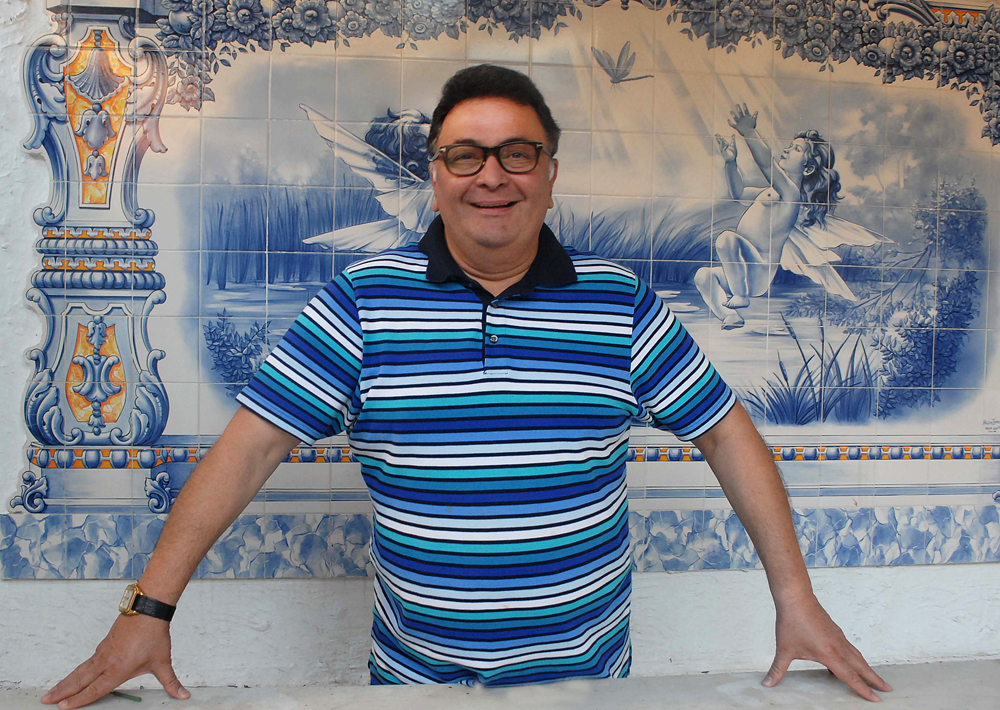 
Less than 24 hours after the death of actor Irrfan Khan, yet another blow strikes lovers of Hindi cinema. Legendary actor Rishi Kapoor, like Khan, was battling cancer and succumbed to it in the early hours of 30th April. He is survived by wife Neetu Kapoor, son Ranbir and daughter Riddhima. Kapoor, who was back in India last September, after a year-long treatment in New York was believed to have been recovering from his illness. But he was rushed to a Mumbai hospital on the night of 29th April. ‘The doctors and medical staff at the hospital said he kept them entertained till the very end,’ read a statement released by the Kapoor family hours after his death. One of Kapoor’s greatest qualities was to keep those around him thoroughly amused, on or off screen.

In a 47-year-long career, Kapoor seldom took a break long enough to fade away from the minds of his fans. From winning the National Award for his first film Mera Naam Joker(1970) as a child actor, to being called the evergreen romantic star, Kapoor was the most effervescent of the Kapoor brothers. Starting from his debut as a leading man in Bobby(1973) and for the next 20 years, he created characters that became icons for the generation that grew up watching him. Be it Khel Khel Mein (1975) or Amar Akbar Anthony (1977) or Karz (1980) or Prem Rog (1982), Kapoor was a complete entertainer irrespective of the genre of film. From a lover boy to a loyal friend to the dedicated son to the rich mischievous brat, Kapoor played every part with authenticity, even if the ’80s was known for its over-the-top cinema.

He would often mouth dramatic dialogues with such ease and élan that they would become realistic and relatable. He wasn’t just a fine actor, he was also fashionable, spunky and charming. Who can forget the spirit with which Kapoor and Neetu Singh moved to ‘Ek main aur ek tu’? The song became an anthem for young lovers, and continues to be so. And no one in his time could carry off a shiny gold disco suit in the song ‘Om Shanti Om’ the way he did. He was effortless as an entertainer, and he redefined the meaning of being cool in his time. He was the bell-bottomed, pink cheeked, blue-eyed superstar every young woman in that era wanted to date.

Ramesh Sippy who directed Kapoor in one of his finest films Saagar (1985) remembers the impact he created. “Bobby was a blockbuster and the kind of popularity he garnered with just one film was unfathomable. Youngsters would emulate him, dance like him, walk and talk like him. He was a sensation, and everybody wanted a piece of this new boy who had broken into the scene. Bobby was part of the ethos of the youth of the 70s, and very few actors could create the kind of impact he did.”


His transition from the 70s to the 80s was a commendable one. With films like Saagar, Sippy says, that Kapoor really matured as an actor. “It was an intense role and he was sharing the screen with Kamal Haasan, who was equally talented. He surprised me with the kind of restraint he showed during his takes for Saagar.”

Kapoor was aware of how he influenced those around him, but in his own words he had also become too arrogant to handle. He was always candid on and off screen, and wouldn’t mince his words. In his autobiography Khullam Khulla: Rishi Kapoor Uncensored (2017) he talks about the time when film offers were plentiful, but he couldn’t care less. A few months after the book’s release, he told me, “When a kid of 21 gets so much attention, anybody would get swayed. After that kind of fame I couldn’t care a shit about anybody. I was a total brat. I had also taken up more work than I could handle. But I soon realised that was not the way to live life.” He said that Khullam Khulla was his book of confessions and he felt sin-free after writing it.

His personal life was as much under the spotlight as his professional. His troubles with his wife Neetu, his dependence on alcohol, his relationship with his father Raj Kapoor were all part of his very dramatic and very public life. He never tried to hide his flaws. “Nothing in my life was perfect, neither my fame nor my marriage, but that’s what life is,” he told me. In her foreword in the book Neetu writes, ‘Is Rishi Kapoor a grouch? Guilty as charged. Is he loud, and prone to wound with words? Check all three, please. Is he possessive and difficult to live with? You seem to know my husband well. So why am I still Mrs. Rishi Kapoor 37 years after saying ‘I do’? Because 37 years is a long time and I cannot and would not live with any other.’

He was an actor who adapted to the times. He was happy to play the father, the uncle, the grandpa or the aging neighbour, as long as he was getting to perform. Even in the films that boasted leading men like Aamir Khan or Hrithik Roshan, Kapoor created an impression. From Fanaa (2006) to Luck by Chance (2009) to Do Dooni Chaar (2010) to D-Day (2013), we saw him in roles we could have never imagined him in. It almost felt like Kapoor was resurrecting himself as an actor, and making himself indispensable to many directors.

“Working with Chintu Sir can be described in one word. It’s an ‘experience’. He was the quintessential brat and had no qualms about being one. He was brutally honest. Yet he was a thorough professional and was hungry for a moment, a line, a scene. He was a generation older to me, but he was my friend which is a testament to how young at heart he always was,” says Nikhil Advani who directed him in D-Day and Patiala House (2011). With films like Mulk (2018) and Manto (2018, which he produced) he kept himself relevant even after being an actor for close to 50 years.

“Every time he’d come on set, he’d ask me if I knew what was being served as snacks after the shot. He was so young and so generous at heart and that would reflect in his performance,” adds director Umesh Shukla who directed him in 102 not out (2018) alongside Amitabh Bachchan.

Till the very end Rishi Kapoor was famous for his interactions with fans on social media, and wouldn’t stop himself from creating controversies with his statements. In fact, anyone who has met him would know how Kapoor wouldn’t hesitate from scolding them if they were not up to the mark. He was among the few stars who wasn’t always trying to be nice or keep up friendships. He was happier being himself.

The superstars of today’s generation—be it Deepika or Alia or Ranveer—all looked up to Kapoor for this zest for life and passion for films. He was proud of his son Ranbir’s achievements as an actor and always wished him the best. “Ranbir is very different from me, but I am happy he has found his own calling in cinema,” Kapoor had said.

Rishi Kapoor’s death marks the end of an era in Hindi cinema. He was a heartthrob in his time, he will be missed by both his contemporaries and fans alike. Like he says in his book, ‘Hum toh Ram bharose chalte hai (I am at the mercy of God). But I lasted because of the love of the people and the heart they put into a film.’