A dark and riveting watch 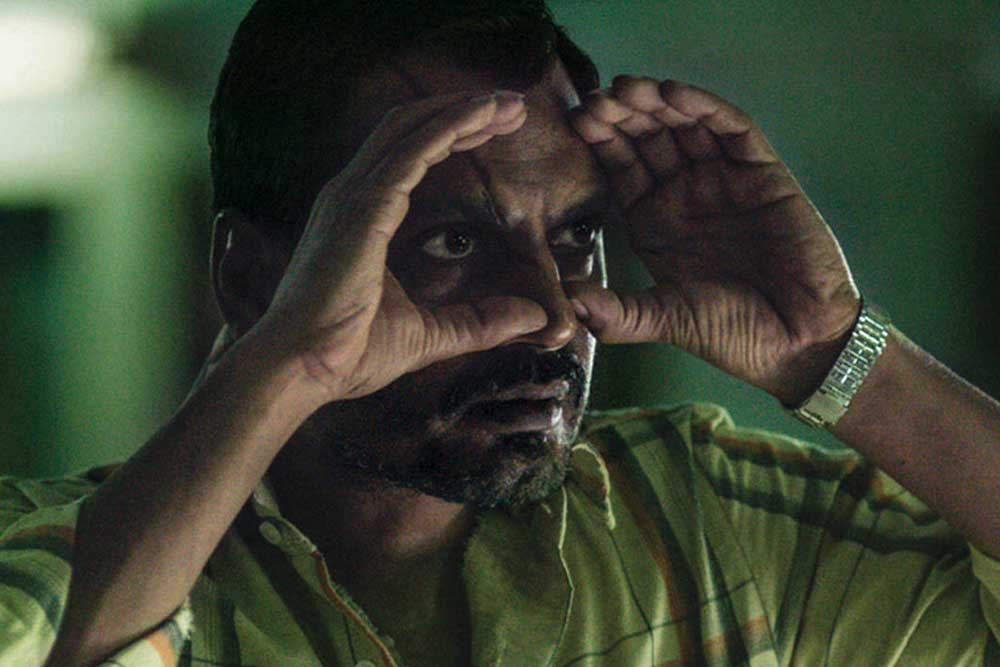 IF THIS FILM works, which it does, the performance of Nawazuddin Siddiqui is the key. You cannot take your eyes off him. The technique he uses is method acting but the style is his own. Once he has got the character in his head, he starts changing gears and before you know it, he moves from a soft-spoken man grounded in reality to a deranged killer. It is mesmeric and a good reason to watch this film. As a crime thriller, Raman Raghav 2:0 draws its story from that of the real-life serial killer Raman Raghav of the 1960s’ Bombay. But this a fictional take set in present-time Mumbai. The movie is really two stories: of a murderer and a cop, both interchangeable—two faces of the perverse pleasure of ending lives in an instant.

The police officer, Raghavan (Vicky Kaushal), is not a bad actor and he does the trigger-happy-cop-hooked-on-drugs pretty well. He stands up, as best he can, to the berserk Rammana (Siddiqui), but pales into the shade every time he comes face to face with the real McCoy. The Raman Raghav who terrorised slum and pavement dwellers of the 1960s knew exactly what he was doing, but was later diagnosed as suffering from chronic paranoid schizophrenia. So, fascinatingly, director Anurag Kashyap divides his film into chapters with titles. The effect is a very interesting structural device that serves to mark episodes of the killer’s psychosis and helps us understand how a man can switch like a chameleon from one personality to the next.

This episodic division also shows how police officer Raghavan’s druginduced paranoia brings him ever closer to the persona of the serial killer, eventually turning them into soul brothers. This is a dark and riveting film of mayhem in the underbelly of a city. The slums are the killing fields—the people who live in it, or in juxtaposition, turned into animals.