Shockingly, this film seems to endorse stalking and sexual harassment 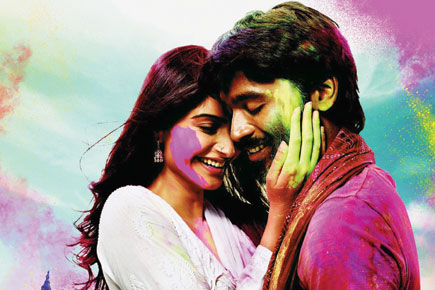 Shockingly, this film seems to endorse stalking and sexual harassment


This malevolent little film is quite a detour from Anand L Rai’s previous work, Tanu Weds Manu. There he looked at the ritual of arranged marriages in middle-class families of Uttar Pradesh and placed a free-spirited girl and a non-conformist man right in the middle of it. Though socially conservative, Rai was squarely in the 21st century there. Here, in Raanjhanaa, he has inexplicably regressed and endorsed ritual stalking, sexual harassment and political opportunism.

Some of it is quite shocking. A teenager called Kundan (Dhanush), the son of a Tamil priest in Varanasi, falls in love with a local Muslim girl called Zoya (Sonam Kapoor). At first he hounds her with his comic antics, and when that doesn’t work, he gives her a little piece of wisdom by telling her that in UP, the only way to patao a girl is either by pestering her or by terrifying her. He then slits his wrist with a razor blade, sending everyone into hysterics.

Post haste, her father sends Zoya to Aligarh and she stays away from Varanasi for eight years, going on to study at Jawaharlal Nehru University (JNU). In the meantime, Kundan has infiltrated his way into the good books of Zoya’s family (do they not recognise him?), and picks up from where he left off with some more theatre—he drives a scooter into the Ganges, with Zoya on the pillion.

The writing in the film is purportedly witty, one-liners laced with obscenity, directed largely at the fickle nature of women. After all this, the filmmaker has the nerve to take his movie to JNU to mock student politics there. Then, in one fell swoop, he takes us onto the streets of Delhi for a ‘public protest’.

In style and picturisation, the ‘protest’ scene replicates the recent demonstrations against the rape and molestation of women. The message is clear—look at these pseudo-intellectuals and their hypocritical empathy. What a laugh!