Pass that Hat Around

Crowdfunding is helping independent Indian filmmakers get a break and enabling an exchange of ideas, resources and energies among those passionate about alternative cinema 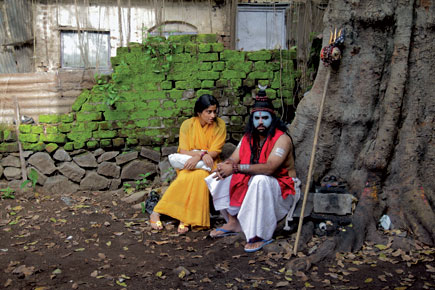 Crowdfunding is helping independent Indian filmmakers get a break and enabling an exchange of ideas, resources and energies


Aniket Dasgupta and Swathy Sethumadhavan’s documentary could easily have ended up as another unrealistic and unfinished college project. The two 21-year-olds were at media school in Pune together when they conceived their film, The Other Way, on a budget made up of lunch money and pocket change.

It would be an independent Indian film about independent Indian films. Filmmakers from all over India who have fought against the grain of Bollywood to tell meaningful and provocative stories would participate. The duo envisioned a narrative that would weave together ‘interviews, footage of filmmakers at work and an animation-based dialogue.’ It would give Aniket and Swathy the chance to explore the lives and processes of the filmmakers they most admired, and to find a place in their world.

The pair started the project not knowing where it would go. They had no expectations, and were willing to make sacrifices. As they began shooting, they found themselves immersed deeper and deeper in the world of independent cinema. One director’s story led right into another’s. From Amlan Datta’s documentary about the dangers of living where high quality hashish grows, to Srinivas Sunderrajan’s story of an elephant gone missing.

The pair was eager to explore further, but pretty soon they were impossibly short of cash.

Luckily for them, passion and the ability to create a buzz are worth more now than they might have been a few years ago. With the help of social media, the blogosphere, and the new phenomenon of crowdfunding, they were able to keep going. Their lifeline was the ‘online crowd-funding platform’ Wishberry.in, which allows artists and entrepreneurs to request and receive funding from people who consider their project worthwhile. In order to get any money at all, users have to raise their selected target amount within a limited time frame.

Two days before their deadline, Aniket and Swathy still had nearly half their target left to raise. But a last-minute blog post about their struggle on a cinephile blog called Moifightclub.wordpress.com alerted enough people to their cause to get them to their goal. The amount they raised—Rs 101,000—gave them a chance to continue their work, although they still don’t have enough to finish the film.

The idea of crowdfunding has been around for a long time. According to Priyanka Agarwal, founder of Wishberry, it is not even new to Indian cinema. As an example, she cites Shyam Benegal’s 1976 film Manthan, which was funded by 500,000 members of the Gujarat Co-operative Milk Marketing Federation, each of whom contributed one rupee. The use of online platforms to acquire funds is, however, relatively new. Crowdfunding websites like Kickstarter and Indiegogo, predecessors to Wishberry, started cropping up in the United States about four years ago.

In India, online crowd funding is still growing. Onir, director of the critically acclaimed My Brother Nikhil, was among the first to successfully use online crowd funding to back an Indian film. In 2009, Onir raised Rs 1 crore through Facebook for his film I Am, which was released in 2011.

While other platforms tend to address potential funders as philanthropic donors, Onir says he was asking for more than just money through his Facebook campaign. “For me,” he says, “it was important that you’re not just trying to raise money, but you’re also seeing how you can get contributors to engage [with and] participate in the making of the film.”

In exchange, he guaranteed the investment of his own time and energy, and he assured contributors a sense of ownership over the film. He would sometimes fly from Mumbai to Delhi just to have coffee with potential contributors. He wasn’t just raising money; he was building a community and an audience. Contributors were personally invested in the film’s success, so they spread the word.

I Am consists of four short films based on real life stories about homosexuality, sperm donation, child abuse, and the displacement of Kashmiri Pandits. The first cheque Onir received for the film was from an anonymous donor who said he’d been abused for six years, and that seeing such a film could help liberate him.

Onir hadn’t known what to expect when he put his request for funding up on Facebook. He soon found that people were interested in the controversial subjects he wanted to address in his film. The film gained a reputation at major film festivals abroad, but the sensitive nature of its subjects, which had made it impossible to find traditional finance, also made it difficult to get the finished product to Indian audiences. Distributors told Onir that he would never find an audience. Satellite providers would not broadcast the film either, saying that their audience would not watch something so disturbing.

In the two years since the film was released, however, the subjects that kept I Am away from Indian audiences have become hot topics. Vicky Donor brought sperm donation to the fore, while Aamir Khan’s TV show Satyameva Jayate addressed child molestation, using the same real-life story on which one of the four I Am films was based. Most recently, Karan Johar has been praised for bringing a gay kiss to the big screen in Bombay Talkies. I Am, which came first, also had a scene where two gay men kiss.

Though he admits to feeling forgotten, Onir says he is proud to have been the first to deal with these issues. “I don’t want to follow trends,” he says. His existence outside the mainstream, he believes, has given him an opportunity not only to tell stories that otherwise may not have been told, but to hear the stories of people who had no one else to talk to.

When he began working on I Am, he says, people began coming to his studio just to tell him their story. He was glad to be there for them, yet unnerved that many had never spoken about their experiences before. “I’d rather have my tiny space, which is of some value,” he says, “this film helped me recognise that once again.”

In order to subvert the predominance of the multiplex, the campaign calls on the Indian Government to establish small digital cinemas for independent films in cities all over India, including ‘B’ cities like Patna and Bhopal. The films would be screened with subtitles, making them accessible to audiences from different regions.

Onir’s success with crowdfunding lends credit to his cause. No longer can anyone tell him that there is no need for alternative cinematic voices in India. Because of the number of restrictions on crowdfunding in India, he’s taking his campaign to the Government, using the same community building tactics he used to make I Am. So far, he has involved over 62 filmmakers, representing 11 languages, and 25,000 film lovers in his campaign. This month, it was announced that Delhi’s Mahadev Road auditorium is to be converted into an independent cinema hub.

Agarwal caught on to the crowdfunding buzz around the time Onir was making his film. In 2012, she decided to convert Wishberry, then a wedding gift registry website, into a creative crowdfunding platform geared towards India. Since then, fifteen film projects have been posted on the website, of which three have reached their funding targets.

Wishberry’s model differs slightly from other crowdfunding websites, partly because of the many restrictions the Indian Government imposes on financial contributions. According to Onir, the Government does not consider film an art form, thus charitable financial contributions to filmmakers are taxed heavily. Agarwal adds that it is difficult to treat crowdfunded contributions as investments, as any financial endeavour with more than 50 shareholders must be registered as an IPO (Initial Public Offering). To get around these restrictions, Wishberry offers non-financial rewards to contributors. But this model makes it difficult for filmmakers to raise more than a few lakh.

Beyond adapting to Government restrictions, Agarwal says she has also tried to adapt the crowdfunding model to Indian culture. According to some market research conducted for Wishberry, the sense of inclusion and exchange that made I Am possible is essential for crowdfunding to work in India. Indian artists, says Agarwal, do not want to simply ask for money; they need to feel that they have something to offer in return. And contributors don’t want to feel like they are giving money purely out of sympathy either.

In response, the Wishberry team has established a system of participation and rewards. “These rewards [relate to] the product being crowd-funded and various experiences creating the product,” says Agarwal. If the ‘product’ in question is a film, contributors might, for instance, be rewarded with a chance to participate in the filmmaking process, or with the inclusion of their names in the credits.

The participatory nature of the crowdfunding process has led to the formation of a new network of filmmakers. Some are people like Aniket and Swathy, who could never have had the chance to put together a film without crowdfunding. Film-makers who lack financial resources can use crowdfunding to find not only money, but also undiscovered talent. Onir says he hired many volunteer interns to work on his film, in order to cut costs. “The energy of people who want to be a part of this is so much that it kind of makes up for the lack of experience,” he says.

Aniket and Swathy, relatively inexperienced themselves, gave as many newcomers as they could the chance to actually start working in cinema. Friends of theirs and film aficionados they met online agreed to work simply to get their names on the credit roll. The two are now trying to crowdsource music for their film, and have already received some exciting submissions.

Since they weren’t always able to pay crew members cash, they have sometimes offered their own services in exchange for work. This barter system has helped them on multiple levels. For instance, Wishberry waived the fees the site usually charges because the young filmmakers were in no position financially to pay up. Instead of the fee, the two are working on a corporate film for the website.

Srinivas Sunderrajan is another independent filmmaker and Wishberry user whose desire to find his own voice is much stronger than his desire to earn big money. He had some experience working on American independent films when he decided to approach Bollywood producers with an idea for a script. The producers were willing to listen to his ideas, even pay him for them, but not to give him control over the final product. Instead of relinquishing his vision, he financed his first film personally.The Untitled Kartik Krishnan Project is now available online.

His second film, Greater Elephant, won awards at a number of international film festivals in 2011 and 2012, but may not have been screened in India at all were it not for crowdfunding. Through Wishberry, he obtained enough funds for a few screenings at PVR in Pune and Mumbai early this year, but even then could not find a distributor to buy his film. Still, he says, he is happy. He gets to do what he loves—on his terms. It is a sign of progress.