Parineeti Chopra is not blinded by Bollywood. The fiercely independent actor in conversation with Divya Unny 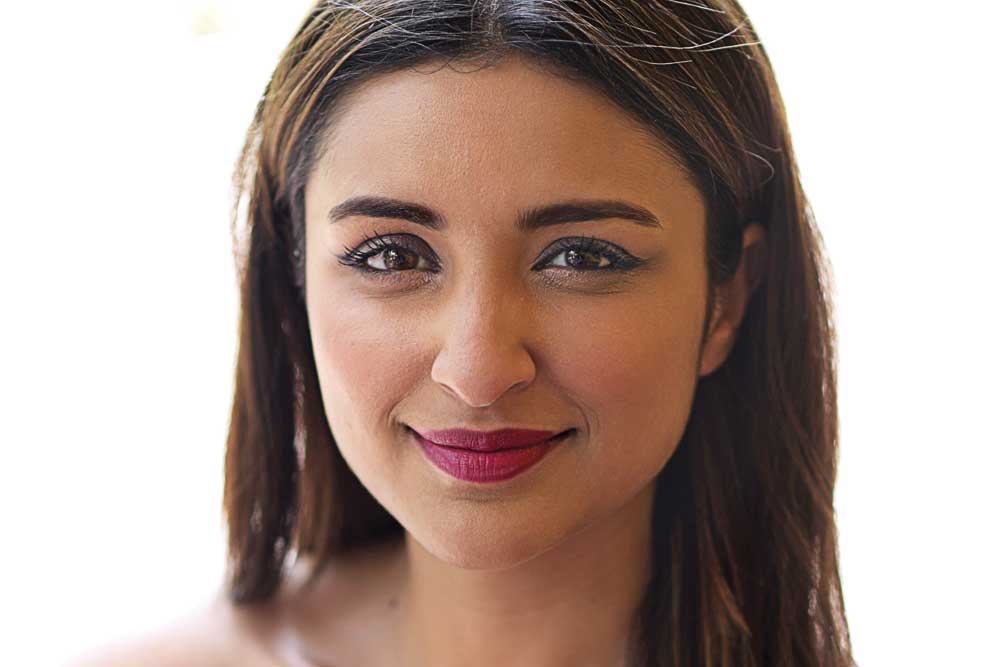 IN 2011 WHEN Parineeti Chopra appeared on the big screen for the first time, one could have easily mistaken her for that cute cousin, best friend or loud neighbour. That’s how convincing she was as Dimple Chaddha in Ladies Vs Ricky Bahl where she played the big-mouthed, impulsive, spoilt brat from north Delhi whose innocence was still intact. She owned the part like few newcomers could. Every time she spoke, it felt like she was grabbing you by the collar, to make you sit up and listen. She walked into the movies at a time when lip-glossed, high-heeled mannequins were passing off as actors all too often. She reminded me of Rani Mukerji—natural, spontaneous and unapologetic.

Today, five years later, as I see Parineeti walk down the aisle of a big studio, which she often works with, she appears more formal. Dressed in an off-shoulder white top and jeans, a thin bandana holding her streaked hair back and a perky smile on her face, she looks fresh, yet a bit rehearsed. Maybe it’s the barrage of photographers circling her or the fact that she has been speaking about her new film Meri Pyaari Bindu for a little more than six hours today. “It can be an overkill sometimes. Ask me some new questions, okay,” she requests before slumping into a cushioned chair at the coffee lounge. I did not go with a list, and I’m happy I didn’t. It takes her less than five minutes to ease into a conversation effortlessly.

This is her seventh film and this time too, it’s her, more than what the film is offering that’s intriguing. Set in the 90s, to the backdrop of some classic Hindi film numbers, this one has Parineeti as a fun, ambitious, bold city girl who isn’t afraid to take risks. It isn’t a character too far removed from her in real life, and in that sense was easier for her to nail. “I haven’t been doing this for many years. I didn’t grow up wanting to be an actor. So for me every new film evokes as much excitement, because I can’t wait to see how it’s shaped up,” she says.

Her last few films (like Kill Dil 2014, and Dishoom 2016) failed to impress, but Parineeti isn’t one to beat herself up about it. Thankfully, the constant need to be in the running for the top position isn’t one of her priorities. “My first film (Ladies vs. Ricky Bahl) got me more acknowledgement than I could have expected. My second film Ishaqzaade (2012) got me a National Award mention. I know people have liked my work and that acceptance keeps me motivated, and makes me want to do more. Of course, I get upset when things don’t work out the way I want it to, but it’s not going to turn my life upside down. I am the kind of person, for who, if it hadn’t worked out I would have jumped to something else. As long as I am enjoying it,” she adds.

All through her career she has stuck with the big studios, and made conventional choices. But her performances have kept her going, more than the films itself. She has more or less played it safe, and is happy to defend her choices. “We don’t stick to studios. They have to stick to us. And which actor wouldn’t? The best scripts came from Yashraj or Dharma or Phantom so I chose those. I like the script, I’ll do the film. ‘You have the money to make it, let’s do it’. That’s my only thought when I decide to do a film,” she says.

I used to look like a bulldozer. I used to feel very different about myself. I realised how much of a change I needed to bring about in my lifestyle

She speaks about her work with some detachment, which is refreshing. She loves what she does, films are part of her life, but it’s not all of it. As a PR professional with a master’s degree in Economics—who jumped onto the acting brigade—her previous life makes her the person she is today. Be it the super quirky, emotionally imbalanced girl in Hasee Toh Phasee (2014) or the commitment phobic, free-spirited girl she plays in Shuddh Desi Romance (2013), she makes the parts her own and insists that it’s a quality, which comes from her experiences, before she entered films.

She takes pride in the fact that her life is more than films. “I invest time, money and emotion into things other than my work, which I think somehow brings that balance into my work. Organically you are that person or you are not. I am that person. When I am not working, I’m probably scuba diving. So a little bit of me leaks into different parts of my work life and that’s what people feel. I feel organic within my process because I take conscious, tangible decisions to take time off and separate myself from this space,” says the 28-year-old.

SHE’S OBVIOUSLY NOT the girl who loves to sit endlessly inside a studio, caked with make-up, waiting for a photograph to be taken. She’s the girl who wants to jump off a cliff and make sure it’s worth it. If she’s not on set, she may well be swimming with sharks. “Diving trips are the best because you are at sea for two days. There’s you and the waters, you are disconnected, and there’s nothing to look at other than the fish and the people around you. It’s life changing!” she says.

Even as a child, Parineeti was fiercely independent and was always itching to get out of home. She lived with her parents in Ambala and spent her summers with her grandparents in Kenya. “I have the discipline of a small-town girl but I also have the open mindedness of a traveller because by the time I was 12 I had seen so many countries. That is why I am the person I am today. I became obsessed with travelling very early in life, it opened me up to so many things.”

Interestingly, it was music, and not movies that remained her first passion. “I must have seen like 10 films growing up. Be it then or even now, music takes precedence over everything for me. It’s just a much more internal process. Strangely, it gives direction to my mood also. I could be sleepy, hungry, just irritated and a song really distracts me. Takes me into another world. It really affects me physically, and I want to do more of it. If I am not singing then I am not being fair to myself,” she says.

Parineeti was also the geek at home, and a proud one at that. Academically strong, she excelled in Economics in her undergraduate degree, and decided to go to Manchester Business School to pursue a degree in business, finance and economics. “When I was 17, I literally ran to England. I couldn’t wait to do my own thing. I was always a very headstrong kid. I wanted to go and I was very happy living alone,” she says.

She feels those years in university in the UK made her who she is. “It was my first time alone and I enjoyed it so much. I really blossomed there. The rejections, the insecurity of being with and competing with the achievers of the world, it was all new to me. I was doing three part-time jobs. Obviously, I was at the peak of my independence in my most influential years (from age 17 to 19) and I was like, ‘This is my life. This is me, I want to do my own thing,’” she adds.

Here’s a girl who is happy not having too many people to lean on. Which is why unlike many who come to Mumbai in search of work, she wasn’t daunted by the city. “I have been living alone for 12 years now and I thrive in it. Mumbai is a city where a girl can be independent without judgement. I appreciate that, only because Ambala was a small town and there was a fair amount of judgement or narrow-mindedness, which I do not miss at all,” she says.

Parineeti knows all too well how judgements can wound a person’s spirits. She used to be overweight. She now knows that held her back in too many ways. “I used to look like a bulldozer. I used to look and feel very different about myself. There was no male attention at all. Of course, in college I didn’t want it because I was a very studious person. But when I came back here (from Europe), I realised how much of a change I needed to bring about in my lifestyle.” She took a 10-month break and trained in Kalaripayattu and Chhau dance to regain her physical and spiritual health. “I feel so much better about myself now. I have the stamina to work for longer hours. I feel like a 28-year old. I felt like a 40-yr-old then!”

Unlike her elder cousin Priyanka, Parineeti is happy with life’s smaller gifts. She doesn’t aspire to break into Hollywood or make movies that are at par with the West. She’s happy taking it one day, one film at a time. “I think I’m doing good work, and I have a long way to go. I am generally someone who focuses on the good, but there are times when I get very affected. It could be work, a low love life, anything. I then go talk to my brother, Sehaj. I feel it’s the little things in life that can keep you entertained. The rest is not up to me. As long as I am happy every day of my life, I believe it’s going well.”