An unconvincing period film that fails to establish the setting, but nevertheless raises some essential points 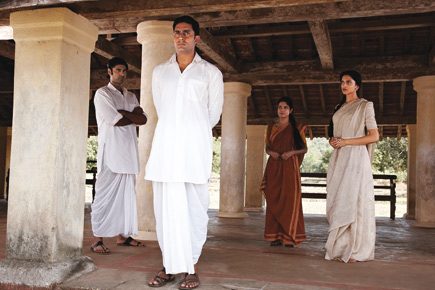 An unconvincing period film that fails to establish the setting, but nevertheless raises some essential points


The freedom movement was based on civil disobedience, but it had a parallel set of extraordinary leaders who used a completely different strategy. Surjya Sen’s armed resistance to British rule in Chittagong in the 1930s  is uncannily similar to the Irish revolutionary strategy against the same imperialists—the attack on garrison towns preceded by the cutting off of communication, the raiding of arms depots, the identification and shooting of  British commanding officers.

So why did Sen, who joined the Indian National Congress, veer so dramatically off course? We don’t know because director Gowariker doesn’t  seem very interested in historical analysis. Or in geographical precision, for that matter. He has shot his film in Goa, in the belief that the terrain resembles East Bengal. It doesn’t, and you can actually recognise an iconic Goa scene in an aerial shot at the start of the movie.

For this and other reasons, Khelein Hum Jee Jaan Sey is unconvincing as a period film and is unable to establish the cultural identity of the Chittagong area or the intellectual background of Sen (Bachchan) and his associates.

Yet, for highlighting an important angle of the independence movement—that a second and more violent narrative of our freedom struggle was snuffed out with the kind of  fascist brutality that historians identify Franco, Hitler and Stalin with—this, in itself, is important. Surjya Sen was hauled to the gallows unconscious in 1934.  While in custody, he had his teeth knocked in, finger nails pulled out and bones broken.

The most moving part of the film is the end credit title sequence. The faded photos of  real freedom fighters are juxtaposed with those of the actors who played them. Not one person left the theatre till all the names appeared.