With mixed genres, structured under a Hindi melodrama format, ‘Junglee’ turns into a well intentioned, but boring movie 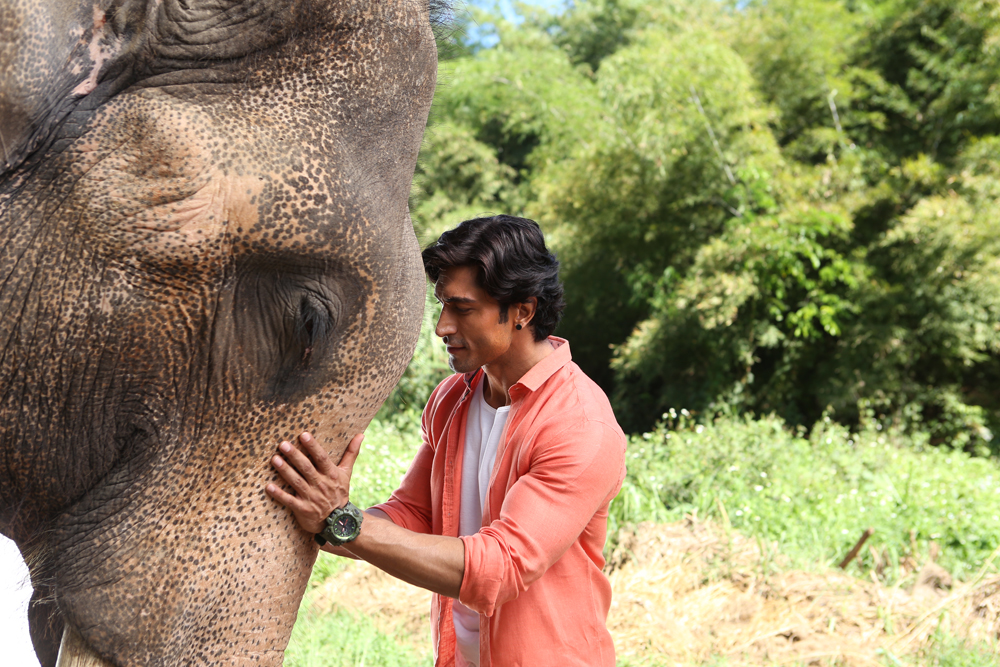 It comes as something of a surprise that when Chuck Russell makes a cross-over from Hollywood action to directing Hindi melodrama, he chooses to stick with the traditional Indian movie structure. Even the well timed interval of ‘Junglee’ is placed at an appropriately suspenseful moment, at dead-centre of the narrative. This film is no critique of a genre. On the contrary, it seems to be Russell’s endorsement of the medium; his personal homage to popular Indian cinema.

The story idea, though, has many things lifted from the 1937 British film, ‘Elephant Boy’, co-directed by Robert Flaherty and Zoltan Korda. In that movie, Sabu, the Elephant boy, assists his father, a renowned Mahout, to take care of a large male elephant called ‘Kala Nag’, used for capturing and taming other wild elephants.

Here in ‘Junglee’, the story is upgraded across the generations, to meet our neocolonial and environmentally aware age. Raj Nair (Vidyut Jammwal) comes back home from a hectic life in fast paced Mumbai to visit his father, a widely respected man called Dipankar Nair (Thalaivasal Vijay), who runs a wild elephant sanctuary in the middle of the jungle. Raj has a few old simmering emotional issues, and a couple of disagreements with his old man, but when he sees Dad being harried by poachers, in collusion with the establishment, he does his best to protect his father, and also the largest elephant in the forest, ‘Bhola’. This magnificent tusker has been under observation by overhead drones, and the poachers are about to swoop in for the kill.

But when the chiselled and muscle toned human animal, Vidyut Jammwal, is your hero, the elephants have to play second fiddle. First, he does his aerobics and trade mark martial arts exercises to warm up. Then, once he gets going, his fighting and escape skills – which include flying, feet first, through windows, swaying his head backwards to avoid blows and dodge bullets, and racing with an elephant herd – are on display.

A combination of the ‘Tarzan’ and ‘Elephant Boy’ narratives, Raj has two ‘Janes’ to admire him. One is a slinky lady mahout called Shankara (Pooja Sawant) and the other is a bubbly journalist called Meera (Asha Bhatt). Both women are outshone by ‘Bhola’, a grand elephant with tusks that are so long, they are crossed at the end. When Raj rides him, standing on his head, and then, in turn, is lifted by ‘Bhola’ in the air with his crossed tusks, the imagery says ’Tarzan 2.0′

But Chuck Russell is also determined to do in India what the Indians do; or what he thinks they do. A talking Lord Ganesh appears in one of the solemn moments of the film to pontificate on the nature of the universe. The poachers are successful at what they do, but they accumulate bad karma. The elephants, and the protectors of the elephants, have to sacrifice their own, but they get good karma as reward; great food under their trunks for the elephants, good money, under tax, for the humans.

With mixed genres, structured under a Hindi melodrama format, ‘Junglee’ turns into a well intentioned, but boring movie. Once you get past the cute elephants, you have to deal with humans who can’t act to save their own lives, never mind the lives in the sanctuary they protect.