This movie is set in the Mumbai of today, but has an attitude that is frozen in time 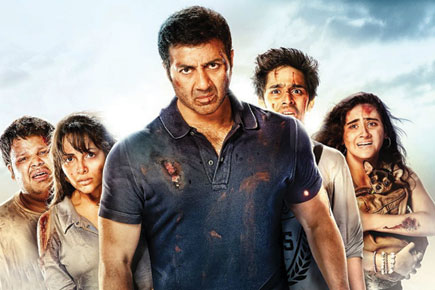 The ‘vigilante’ genre, if one can call it that, changes with time and so when a sequel is made of a version that is 26 years old, it must incorporate social and political transitions that have taken place in the decades since. The original Ghayal was set in a city that was called Bombay, about to go through the economic transformation called ‘liberalisation’. The villain then was a businessman (Amrish Puri) trying to make money when the general environment was hostile to business and the Government used all its powers to clamp down on entrepreneurs.

As we know, things have changed. This 2016 version shows us a completely different city called Mumbai, where the Government plays second fiddle to a corporate tycoon who rules the city with an iron hand and controls the politicians, the police force, the media and has a CCTV camera placed in every nook and corner, just like in an Orwellian nightmare. He lives in a mansion that bears an uncanny resemblance to Antilia, the building in South Mumbai owned by Mukesh Ambani.

His name is Raj Bansal (Narendra Jha) and he lives in this palatial home with his wife, his mother and a delinquent son whose lawless behaviour threatens to damage the fabric of a carefully constructed business empire. The boy is given to fits of rage and, during a meeting, pulls out a gun and kills Joe D’Souza (Om Puri), the upright police officer in the original film, now retired and doing some serious activism by exposing the wrongdoings of corporate types.

The murder of his close associate and friend triggers a rampage by Ajay Mehra (Sunny Deol), and these action sequences are where the film loses all credibility. Deol, as actor and director, does not make any alteration in his vigilante tactics of yore, and charges on like the same raging bull he was in the 1990s. With virtually no political or financial backing of his own, he takes on a corporate supremo to whom every organisation in the city owes allegiance, finally bringing him to his knees, largely with his fists.