Ek, the Power of One

The action film is back, but in a tired, cliched format that leaves you with a headache 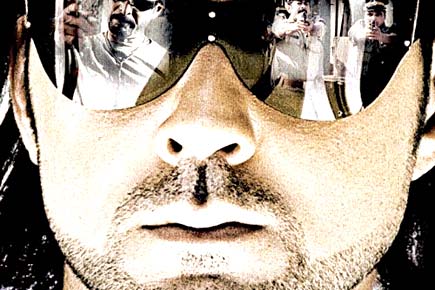 The action film is back, but in a tired, cliched format that leaves you with a pounding head


With Ek… you might think that Hindi action cinema had suddenly gone retro. The hero is unscratched after attacks by a dozen goons at a go. A sepia-tinted flashback shows how an orphan turned into our hero, a hired assassin. He gets framed, adopts the identity of a dead man and gets reformed, sort of, by the dead man’s grandfather.

They stopped making movies like this when multiplexes appeared. But Ek.. is a remake of a Telugu film called Athadu. It has all the hallmarks of a ‘south’ action film, with miraculous leaping and pirouetting in the air, scant respect for the laws of motion or gravity, editing that pays no attention to cinema verite and an abbreviated conversation style that makes an sms sound like a literary masterpiece.

Briefly, Nandu (Deol) has been paid by politician ‘B’ to bump off politician ‘A’ , but before he can do the killing, somebody else does. The cops get on his tail, he fakes the identity of a dead man and is miraculously accepted as the stiff by his family in rural Punjab. But before he can enjoy makki di roti and sarson da saag, the CID top gun (Nana Patekar) turns up.

Patekar’s antics make for the only humour in the film. He is not original, but his investigative technique—flirting with maids, wives or mistresses of suspects to get information—is good for a few laughs. He looks down their cleavages for clues, makes sleazy comments and gets all the dope.

Deol is normally a decent actor, but in Ek… he demonstrates the acting range of a corpse. In any case, Sivan makes him wear dark glasses through one third of the movie, so we don’t get to see what’s going on in his mind. Just as well, since with a plot as tiresome as this, there couldn’t be a glint in his eye. Even Saran is a disappointment. She makes all the tiresome faces of a 1970s heroine resisting a man she actually finds a hunk. The music, too, is a bizarre fusion of bhangra and rap. In brief, Ek… is a dud.