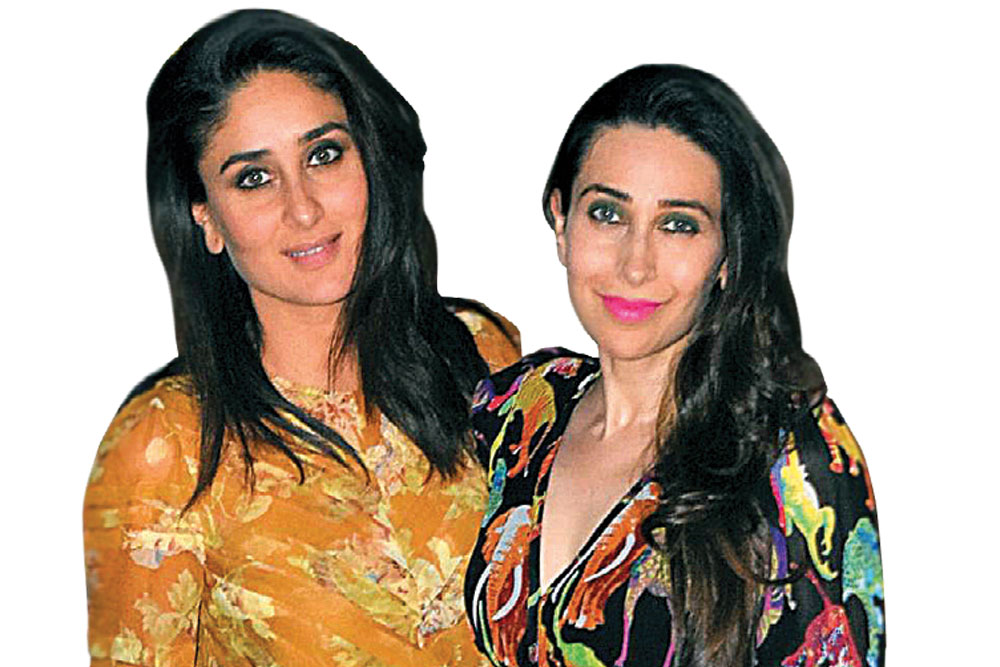 
The Kapoor sisters have had a busy week. Kareena debuted on Instagram promoting Angrezi Medium, while Karisma began plugging her new web show, Mentalhood, in which she returns after an eight-year acting hiatus to star as an exasperated ‘school mom’ dealing with the challenges of motherhood. Both actresses made multiple public appearances over the last couple of days, including at an event for Karisma’s show where they arrived with their mother Babita.

Inevitably they’ve been plagued with questions about whether they’d like to work together; both gave the politically correct answer that they most definitely would if the right script came along. But industry sources reveal that over the years the Kapoor sisters have turned down at least three respectable offers from A-list filmmakers to work together. Reportedly, it was Babita who advised them that no project could give them equal billing and it was best they eschewed common projects to avoid unending comparisons.

A Thappad for Ahmed

Choreographer and director Ahmed Khan is getting a lot of heat for his regressive comments on the matter of abuse with regard to Thappad. In an interview, the Baaghi 3 director said he couldn’t reconcile with the premise of the new Taapsee Pannu-starrer because he didn’t think one slap from a husband was reason enough for a woman to file for divorce. He added that if he slapped his wife she could and might slap him back, even twice, but that couldn’t and shouldn’t be the reason for the breakdown of a marriage.

Ahmed got slammed on social media for his ‘outdated views’. When asked about his comments, Taapsee chose to underplay the episode, saying she said she would continue to do the films that made sense to her and Ahmed could make films he related to. The Twitterati wasted no time in pointing out that Ahmed’s new film is about a protective brother who flies to Syria and goes to war with the entire nation after an Islamic terror outfit kidnaps his older sibling—‘that’s his sensibility; that makes sense to him!’, as many pointed out.

According to the grapevine, an up-and-coming filmmaker is still bristling from the apparent lack of confidence that his friend (and actor of two films) recently demonstrated. After suggesting a dozen-odd changes to a script he had originally claimed to love, the actor reportedly got cold feet and began to make excuses to delay the film. In response, the director called off the project. Insiders say the relationship between the men has soured.

But the director was not going to sit on his hands. In a matter of days, he was able to snag another actor (a rising star that you might consider competition to his friend) to work with him. It isn’t clear yet if they’ll make the same film he was trying to get off the ground with his friend, but insiders say the director had no interest in spending the next six months banging out a new script that may not excite the new actor. He was keen to get on the floor at the soonest.

This entire episode raises a question: what happens to the successful franchise that the director and his actor friend established earlier? Those in the know say a third film is imminent but probably won’t happen anytime soon. Both the filmmaker and the actor know the value of that franchise and will not let ego come in the way of a more-or-less sureshot hit. But right now they’d rather focus on other projects. A franchise is a good thing to fall back on when the chips are down—thankfully, things are nowhere near that bad at the moment.