What the inexorable march towards the creation of a global village is leaving in its wake. 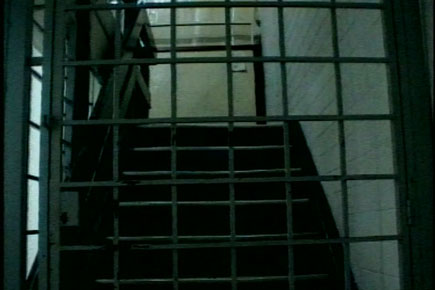 What the inexorable march towards the creation of a global village is leaving in its wake.


The independent social issues documentary came into its own in South Asia in the nineteen seventies. There were many reasons for this. The dream of a free, democratic India had proved just that—a dream. Socialist, Naxalite, gender and linguistic movements had risen in anger against the great injustices all round, and the Emergency followed soon after. Unlike with political activism today, middle class involvement in these movements was relatively high and a general liberal sense was stronger in society. The social issues films that came out of these times were as much about bringing forward the truth or “giving a voice to the voiceless” as they were about mobilising support for the cause.

With the Indian economic and cultural tendency going so strongly to the right, films that wish to talk about social injustice face a particular problem—not that people don’t wish to know about it (though thanks to mainstream media’s determined shallowness, they don’t) but that the accepted sense of right and wrong has altered and can no longer be called upon to be outraged at the cruelties the system inflicts on its people.

My Migrant Soul by the much admired Bangladeshi filmmaker Yasmine Kabir works in this particular context by telling a heartbreaking story using a highly personalised form.

The film tells the story of Shahjahan Babu, a poor Bangladeshi man, who is essentially trafficked as labour to Malaysia, where his circumstances steadily deteriorate, leading to a tragic end.

For documentary filmmakers whose material springs from reality, it becomes particularly difficult to talk about something that has already happened. In this case, the film finds a poignant way to do so—Shahjahan has sent back letters on audiotape to his family. The letters don’t just tell us what happens; we feel Shahjahan’s growing desperation, the quality of his voice altering, the songs he chooses to sing changing. The film is built from these accounts on audiotape and interviews with his mother and sister in Bangladesh.

The film never lapses lazily into melodrama or high-pitched juxtaposition. Each audiotape section in Shahjahan’s voice is accompanied by measured images of skyscraper construction in Malaysia, of airplanes taking off, reminding us constantly of the larger context from which these stories emerge.

What unfolds is a story so sad and so angering that it compels us to think about the meaning of this much-championed global economy and its glittering towers built with cheap, disposable labour; it insists on a truthful response from those who are used to shrugging away such statistics as the collateral damage of globalisation.