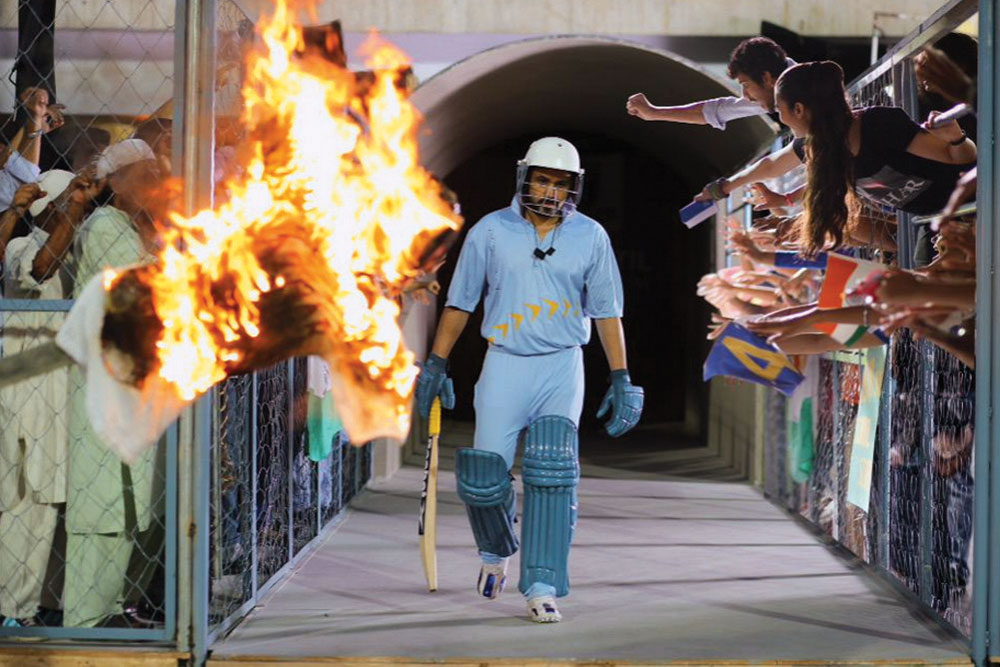 SIXTEEN YEARS AFTER the disgraceful match-fixing scandal of 2000, we have a brand new suit for Mohammad Azharuddin to wear. His bat is air brushed. His hair is blow dried and a fictional tale exonerating him of all wrongdoing is presented to us, revolving entirely around the 2012 judgment of the Andhra Pradesh High Court that lifted the BCCI’s life ban on Azharuddin. By this time, his cricket career was long over.

The real question to ponder in Azhar is why a major film production house would want to do an elaborate cinematic resuscitation of the public image of this cricketer by ignoring the relevant sequence of events of the scandal of 2000, and sometimes, actually inventing alibis for the batsman and captain, given that large sections of the audience would recognise the jugglery of information in an instant and would question the veracity of the movie.

As drama, too, the film is so fondly sentimental about Azhar (Emraan Hashmi) that it stretches our credulity. He is, by this account, a babe in the woods on cricket hierarchy and about the equations between power, money and Bollywood starlets. Ravi (Shastri) and Manoj (Prabhakar) know much more about all this than him and he sort of stumbles around until he runs into the actress, Sangeeta (Nargis Fakhri), and wisens up. Azhar is both a cricketer and a gentleman, of course, and so the film explains that he has been very good to his wife, Naureen (Prachi Desai), who happens to be a fair minded and understanding lady, and who, though hurt by his relationship with the actress, appreciates that her husband is a celebrity now and will have other romantic engagements.

But basically, it is unclear why this movie has been deliberately fuzzy about Mohammad Azharuddin’s role in the match-fixing scandal. It is a perspective that doesn’t seem to benefit anybody.