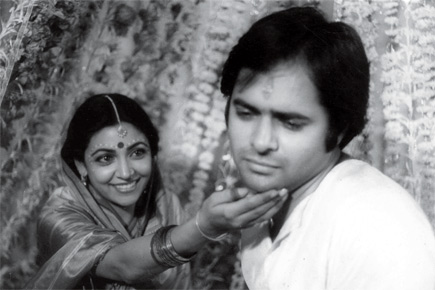 During a press interview, actor Farooq Sheikh once compared the feeling of being in love to the efforts that go into making biryani. “Raat bhar pakti hai, tarah tarah ki sajavat karte hain. (It cooks all night, it’s carefully garnished). Part of the fun is the cooking of it and the anticipation of it,” he had said. His co-star and friend Deepti Naval, sitting right beside him, retorted with a twinkle in her eye, “Now when you put it that way, it almost seems like a good thing.” They share a laugh. The moment is inimitable.

“He had a way with words. It was disarming and frustrating at the same time. I could never counter him even in an argument,” confesses Deepti who is still coming to terms with the fact that she will never see her friend again. Farooq Sheikh’s sudden demise has not just come as a rude shock to many of his friends and co-stars, but has left an irrevocable void. “I can still see him sitting next to me in his crisp white kurta, sipping chai and remembering old times,” she says.

To those who’d never met him, he was one of the most significant actors of an era—the hero of the middle class, the man who could win over his lover with a simple cup of coffee and bowl of tutti-frutti ice-cream.

But for those who knew him beyond the big screen, speaking about him in the past tense seems like an aberration of language. “Farooq invested in people. He touched hearts so effortlessly, that now it’s almost difficult to believe that he’s not around.

It seems like a grammatical error to say Farooq ‘was’,” says Shabana Azmi who worked with him in films like Lorie, Ek Pal and Anjuman. “He [never] appeared to have done any homework and never obsessed over his parts. He was a natural,” she adds.

Many of Farooq’s co-actors can attest to his infectious energy and zeal for life. When he was in a room, nobody else would talk, everyone was busy listening. “He never demanded space for himself as an actor or a human being. I think that’s what made it so easy to pay attention to him,” says Shabana who remembers Farooq as the most popular boy in college. “We went to St Xavier’s together almost 40 years [ago]. I’d say Farooq was a stabilising factor in my college years. I used to get really nervous before my exams. Farooq used to sit up with me all night sometimes, helping me study, filling ink in my pens, waiting outside the examination hall till I completed my paper.”

Though he took up law after college, Farooq’s passion for the arts was evident ever since he started the Hindi Natya Manch with Shabana and other friends at Xavier’s.  “The money for productions would come from him because the college ran an English theatre group and had no funds left for our efforts. I would be anxious and nervous before the curtains came up and he would be unrattled and cool as a cucumber,” she adds. It was an attitude he sustained throughout his career, one that separated him from most of his contemporaries, who were perhaps making too much of an effort to be heard.

Few who worked with Farooq escaped his astute sense of humour. Supriya Pathak remembers falling prey to his pranks once too often: “Farooq would never let go of an opportunity to fool around. It kept us on our toes!” She distinctly remembers an incident that brought her to tears. “Once, we were shooting for Bazaar in Hyderabad when I was informed by telegram of the fact that I was going to win a Filmfare award for best supporting actor for my role in Kalyug. I was very new then, and so was too excited to hear this news. I went around announcing it to the world. The very next day, someone came with another telegram saying it was a mistake and I was not winning the award. I was shattered. I did not know how to face people, and so I started crying. Farooq who was standing right beside me immediately burst out laughing and asked me why I did not check the address on the telegram. It was a local letter and I couldn’t believe he’d done that to me. He then spent the rest of the day pampering me,” she says.

Sugar coating wasn’t Farooq’s strong suit and those who appreciated honesty cherished having him around. “He’d be mean to me all the time,” says Deepti. “He loved to get a reaction out of me. But he was so good with language that even a critique from Farooq never felt like one.” The two went on to do nine films together including masterpieces like Chashme Buddoor, Katha and Saath Saath. “My character Sandhya in Katha goes to bed with Bashu and during those times talking about pre-marital sex was a big statement to make. Somehow we became the poster couple for new lovers,” she adds.

Deepti and Farooq first met onscreen over a bucket of cold water and a packet of Chamko washing powder in Sai Paranjpye’s Chashme Buddoor, a scene that has gone down as among the most romantic moments in Indian cinema. “He always said to me that I’m doing a better job [than him] and he’d have to make [up for] it in the next film. But for me, there was something so organic about working with Farooq that I’d end up giving a good shot.” The comfort between them showed on screen.

“I was infatuated with him for a bit, but he was always a married man, you see (smiles). It was never like I’d call him at 3 am and talk to him about my problems. But still, Farooq just always knew if something was wrong. And the best part about him was he never overstepped the line. There are people who claim to be there for you, and those who don’t say much, but are always around. Farooq was of the second category.” They’d spend time on set exchanging Mirza Ghalib’s poetry or correcting each other’s verses if they came up with something on their own.

In 2013, after 26 years, they came back together in Listen… Amaya and nothing much had changed. “Every time I’d fall ill because of my bad throat, he’d bring a special kind of honey and he’d make sure I took it every few hours. I think I still have that bottle of honey with me,” she says.

For actress Sarika, who worked with him in his last film Club 60, time spent with Farooq was distinctive. “We spent almost a year working on this film and though this was the first time we were working together, there wasn’t a single moment I felt like I did not know this man. We shared very similar views on cinema and politics, both of which are volatile subjects. The set was always full of food and shayari, two strong passions of Farooq saab.”

Despite his love for his craft, he liked to live life at his own pace. “Farooq was quite lazy,” says Sarika, “We were in the thick of all the good reviews we were receiving for the film and all he’d say was ‘Ab toh aur bhi kaam karna padega!’ (Now I’ll have to do even more work).”

“I really felt that he had a very interesting second innings as an actor,” she adds. “With films like Shanghai and Yeh Jawaani Hai Deewani, I felt like he wasn’t scared to touch upon his emotions anymore. Club 60 wasn’t exactly his kind of film, but the message of the movie resonates with the kind of person he was.”

For someone who was known as a good listener, there were very few with whom Farooq shared his own life stories. “In that sense he was a very private person,” says Deepti. “I remember he was going through a tough time with his business at some point. I immediately called [him] and asked what went wrong and why he hadn’t told me about it. He brushed it off saying, ‘Nahin, nahin, aisi koi baat nahin hai, main mazey mein hoon’ (No, no, there’s no such thing, I’m just fine). That was his weakness. He’d never bare his soul to others, but he’d always be there when another person was in trouble.”

Swara Bhaskar, who played his friend’s daughter in Listen… Amaya, remembers how he bought her and the film crew 25 kg of gulab jamun, when she merely asked for one. On her blog, she describes him as an insider who was equally an outsider; an actor, but also an observer. ‘He seemed to relish being able to step into the circus ring that is Bollywood, play his part and then step out, take his seat and watch the show with that knowing smile on his face,’ she writes.

Working till his very last day, he never wanted the curtains to close. Says Shabana Azmi, “The last show of our play Tumhari Amrita was held against the Taj Mahal in Agra on 14th December last year. We got a standing ovation for it and I told Farooq that after 21 years of this play, this is a fitting finale. ‘No way,’ he said. ‘We are good to carry on for another 21 years!’” 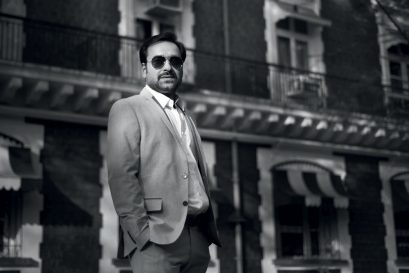 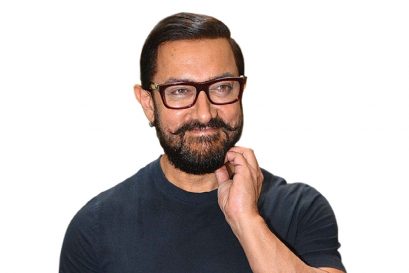