Out In the Open | Patch-Up Pitfalls 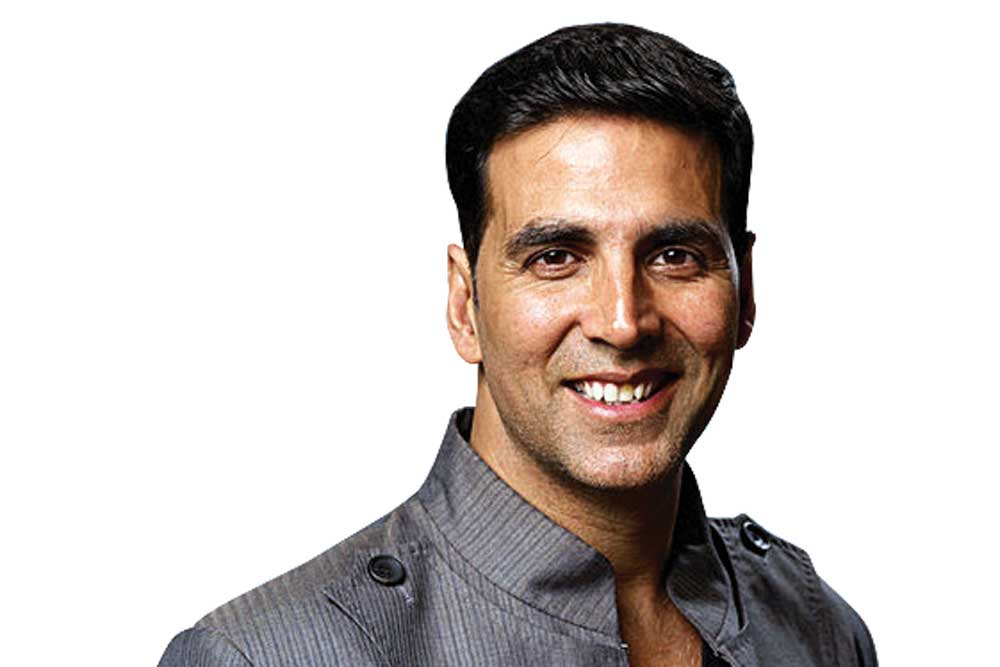 He plays a goofy lawyer in Lucknow desperate to make a quick buck any which way he can, until his conscience points him towards the honest path in his latest film Jolly LLB2. Not a lot to draw on from his own life, evidently. Yet Akshay Kumar insists there was at least one shade to the character that he could relate to. “I play the sort of husband who cooks for his wife, makes her a drink, and massages her feet at the end of a long day,” he says of Jolly and the scenes in which he pampers his on-screen missus, played by Huma Qureshi. He couldn’t possibly mean he had practice from indulging his own wife Twinkle. “That’s exactly what I mean,” he says, laughing uproariously so you can’t make out if he’s serious or not. “I do cook at home on and off, and I know my way around the bar when we have guests over,” he elaborates. Making it a point to clarify that he’s still a teetotaller, Akshay explains that his orange-based self-invented cocktail is all the rage with friends.

It’s his ridiculous sleeping habits that drive his family nuts, he concedes. Famous for staying away from late-night parties and after-dark socialising, Akshay says he hits the sack no later than 10 pm, and is up every morning by 4 am for his workout. “That’s the one thing I haven’t been able to get her to pick up from me,” he laments in jest, admitting that she’s gotten used to his pottering around the room when he’s leaving for a run while it’s still dark, and she’s still tucked under the sheets.

Out In the Open

Rishi Kapoor, veteran Bollywood actor and now better known as Ranbir Kapoor’s dad, is making headlines for all the bold confessions he’s made in his memoir, aptly titled Khullam Khulla, after one of his popular film songs. The 65-year-old star admits to having paid money in the 70s to buy a film award for his performance in Bobby, he reveals he has a strained relationship with his 34-year-old son that he needs to repair, and confesses that when Karz flopped early on his career, he blamed his marriage and his wife Neetu Singh for his waning popularity with female fans.

RK is currently on a book tour across India, and will stop off in Hong Kong later to plug the autobiography further. He’s also been roped in by an events company to perform a live version of it for paying audiences, which will involve him acting out incidents and anecdotes in his trademark animated style.

His comments on Amitabh Bachchan, a friend, colleague, and now extended family member (Rishi Kapoor’s nephew Nikhil Nanda is married to AB’s daughter Shweta), made news, but RK isn’t keen to stoke a controversy. He has written of his disappointment that Bachchan never acknowledged the contribution of his male co-stars to his success. But he won’t discuss it. “I said what I had to say in the book. By talking about it again and again, the intention behind what I was trying to convey has been misconstrued.”

It’s such a shame that Bollywood can’t be happy for its own. The buzz in film circles is that a star wife has been making overtures to reunite with her separated husband. But instead of cheering for it, insiders are sniggering about her motives. The lady in question, they say, had a rethink about her grand plans in life after she realised she had little standing without her star husband. Didn’t help either that her relationship with another actor—widely seen as the reason for the marital rift—didn’t pan out like she may have wanted it to, after he decided to give his own marriage another go. Whatever the reasons, it looks like the star wife and her husband are trying to work things out. It’s a promising start. But apparently not for conspiracy theorists who may have one marriage less to gossip about.