Anupam Kher was to play the character of a Disco Killer who was hired by Pankaj Kapoor’s character to kill the two protagonists. 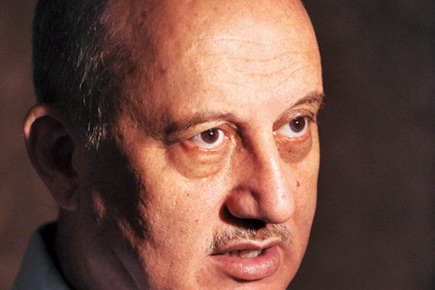 Anupam Kher was to play the character of a Disco Killer who was hired by Pankaj Kapoor’s character to kill the two protagonists.


The Disco Killer (DK) is a character that no one who worked on the film has forgotten, and Anupam Kher is present in absentia even 27 years after! “Just as well,” says Sudhir Mishra for Kher, “his part was edited out or he’d never had got Saaransh.” Since these journalists are bugging Tarneja, he orders Ashok to go and find someone who can do the job. “So I go to meet him early morning and find him practising and dancing,” recalls Satish Kaushik, who plays Ashok. “I still remember the dialogues.”

When informed that Ashok wants two people killed, DK asks him whether he has brought them along. Ashok admits that they were not cooperative at all. When asked about his fees, DK reveals that he charges a lakh for one person, Rs 75,000 for two people, and if there are three the amount would be reduced further. He also offers a family discount if a family is to be wiped out, and he also offers festival discounts if the client wants the killings done around Holi or Diwali.

Ashok is impressed and looks around and admires DK’s wall, which has a lot of bullet marks, and admires how he always hits the bull’s eye. DK boasts that he shoots randomly and then takes chalk and draws a bull’s eye around the bullet mark.

The sequence was shot but edited out later.