The Truth Behind Bollywood Lies

From adoption of kittens to underworld calls from Dubai, there’s an entire industry of spin doctors churning out fake news. 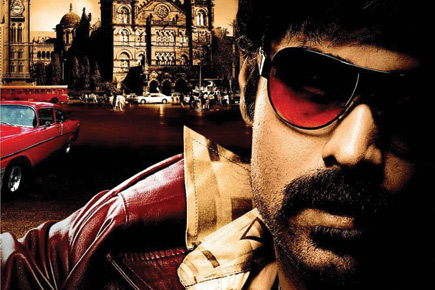 From adoption of kittens to underworld calls from Dubai, there’s an entire industry of spin doctors churning out fake news.


Emraan Hashmi snaps impatiently at the reporter. He has just been asked to confirm a national daily’s report about underworld threats over the phone forcing him to change his number. At the moment, this bit of news is not Hashmi’s only connection to the underworld. He is also playing the role of a gangster in his new film, Once Upon A Time In Mumbaai. “Please don’t speculate and blow things out of proportion. I have temporarily switched off my mobile and will reconnect it soon,” he says. It’s a cryptic no-answer for a good reason—the news is planted but he does not want to commit an outright lie.

A gigantic chunk of Bollywood news is fake, concocted daily by a bunch of spin doctors at work—managers, publicists, directors, producers, crew members, marketing teams and often actors themselves. The final garnish is by film reporters desperate to fill a gossip column daily. When a release is round the corner, the fake news industry whips into a frenzy. Before the release of Peepli [Live], newspapers started reporting how its producer Aamir Khan had been invited by residents of Peepli, the namesake village, and he was keen to visit it. Predictably, on the Thursday before the movie opened, Aamir was made to cancel his trip because of security concerns over an agitation in nearby Tappal village. The Khar police did receive a faxed letter from the Tappal administration, but we’ll never know whether Aamir ever intended to do the trip. The publicity over this was phenomenal.

Many stars, especially the out-of-work variety, are happy to be in the artificially created limelight even when there’s no release. During interviews, bring up a rumour and their stock response is a shrug of the shoulder, followed by, “I have no idea where these stories are coming from.” Sometimes,  the stage management goes awry. While Singh Is Kinng was being made, producer Vipul Shah was quoted saying how Akshay Kumar went around shopping for the perfect turban that American rap artist Snoop Dogg wore in the end credits song. Someone forgot to brief Akshay, and when asked about the experience, he said, “Do I look like the kind of man that goes turban shopping? We have dress dadas that do that.” And then there was John Abraham, once being questioned about rumours linking Saif Ali Khan to his girlfriend Bipasha Basu. He brushed it off saying, “Bipasha and he are doing a film together. Why point fingers at her when there are so many rumours of Vidya (Balan) and me?” Even Kareena Kapoor laughed at the furore over her size zero figure, “I’m like, ‘There is no size zero, get over it guys!’ I was fit then and I’m not too thin now.” And then there was the B-grade erotic thriller Apartment. Just before its release in May, two reports in leading national dailies featured the film’s cast Rohit Roy and Tanushree Dutta. On the same day, one spoke of how the pair had argued so badly that they were in the midst of an arctic silence, while the other said they had happily adopted a kitten together.

Prabhat Chaudhury’s company Spice has been part of Bollywood’s public relations since 2003, with films like Ghajini, Slumdog Millionaire, Dev D, 3 Idiots and the upcoming Peepli [Live], Robot and Action Replayy. He says, “The media has exploded since we started. It has its own requirements and we have to feed it. We think up different ways to sell a film, but when you’re not smart at that, you manufacture stories. Controversies help.”

Parag Desai has handled the promotions of films like Jab We Met, Blue and Golmaal. When Desai was a rookie, 15 years ago, promoting a film was simple. The film’s PR officer would invite the media onto the sets the day a song or action sequence was being shot. Then, closer to the opening, he would hold a press conference/music release function and distribute a press release with photographs. “The electronic media changed all that. Everyone wants an exclusive today. There are journalists in tabloids who want you to cook up a story. I know of publicists who discuss it with the film’s director, give a one-line idea to the press, and watch as that idea becomes a full-blown affair between two co-stars. The story is actually the brainchild of the journalist,” says Desai.

While the institutionalisation of lies might be a new phenomenon, tittle-tattle about affairs have always oiled Bollywood’s PR machinery. When yesteryears’ actress Vyjayanthimala came out with her autobiography a few years ago, she alluded to her whispered affair with Raj Kapoor as something the showman’s publicity department dreamt up. Archana Sadanand, who heads Imagesmiths that has handled films like Munnabhai MBBS, Jodhaa-Akbar, Kites and also the personal PR of Aishwarya Rai-Bachchan, says, “It’s not like there wasn’t talk of an affair between two co-stars just before a film release even in the old days. Film publicists would send out pictures with a written item attached for newspapers to print. But just as younger people enter this business and cook up stories, the media too is gullible. They don’t bother doing their homework. It’s enough if you have a spicy story in place. I believe the audience isn’t falling for that trick anymore.”

Not all concocted stories work. Says Chaudhury, “Take the case of Kurbaan. Audiences were turned off by a tabloid story about how Kareena Kapoor could not watch the film with her mother. As a result, audiences stayed away.” Tina Keshwani, 37-year-old housewife and an avid movie watcher, says, “After months of Hrithik Roshan’s affair with Barbara Mori, his wife’s walk-out over it, him getting the same tattoo as Barbara, suddenly nobody’s talking about them… obviously because their film together has come and gone! Sometimes it’s fun to read, sometimes I get bugged that they think we’re so dumb we’ll believe anything!” Layman criticism of these tactics often shows up on film blogs. Moifightclub, anonymous and vitriolic writer against Bollywood actors, directors and studios, says, ‘It’s so easy to spot fake stories. Today, one tabloid carried a story on how Khatta Meetha was a hit, although it’s common knowledge that the film has done average business. Another paper reported how Lamhaa had bankrupted its producer. It was obvious that one was to plug Akshay Kumar’s star status, the other to spare producer Bunty Walia from paying the dues to his cast and crew!’

In some cases, the truth uncomfortably filters its way out. Quoting a ‘close source’, a tabloid patted Abhishek Bachchan on the back for diving 90 ft off a cliff in Raavan. Weeks later, a former diving champion MS Balram set the record straight— he had taken the giant leap, not Bachchan. B-level actors take spin-doctoring to a new level. On 29 July, a front-page article spoke of how cricketer Harbhajan Singh was trying hard through his ‘Bollywood contacts’ to rekindle starlet Geeta Basra’s flagging career. Singh obviously wasn’t available for quotes and Basra dutifully trotted out the “we’re just good friends” line. Others like Neetu Chandra feed inanities like her willingness to dump her swanky car to take the ferry to Madh Island. A tabloid journalist says that she often picks up her phone to hear the dusky voice of a glamorous actress feeding her self-trivia. “She doesn’t mind if we publish fake stories about her on-off relationship with her London businessman beau, just as long as she’s still in the news,” says the reporter.

When you read about how Kareena Kapoor personally fed a starving fan who hung around outside her building gate for three days, it’s time to raise your eyebrows. When a glossy newspaper tells you Priyadarshan is in ‘direct talks’ with Penelope Cruz and Kate Hudson for his Hollywood debut, be suspicious. But in a very few cases, the news is actually true. When Shah Rukh Khan was detained at Newark airport in the US months before the release of this year’s hit My Name Is Khan, rival film directors sniggered that the incident was blown out of proportion for publicity. MNIK director Karan Johar said at the time, “If I had that much power over US Homeland Security, why would I allow Shah Rukh to go through something like this?” He found the whole episode upsetting, but then, in a country of thieves, how do you recognise an honest man?