The Pursuit of Heroic Masculinity

The women in Rajinikanth’s films are always fated to be tamed and put in their place by the man. The fan loves that. 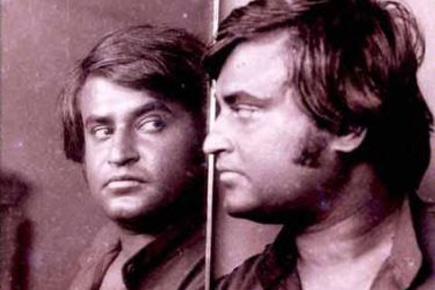 The women in Rajinikanth’s films are always fated to be tamed and put in their place by the man. The fan loves that.

—from the song Arima Arima in the film Endhiran

Once in Madras, we were a group of giggling teens heaped on the floor mat, ogling Kamal Haasan kiss a heroine on video. My mother popped into the room uninvited, and in her best killjoy voice pronounced her verdict: “The pretty boy tries so hard; not manly, like Rajini.”

Twenty years since, at a posh multiplex in Gurgaon, Endhiran is playing. Our hero looks antiseptic, with a pencilled goatee and cool shirts, as a sophisticated scientist from Carnegie Melon.

There is an uneasy silence as this hi-tech fantasy-meets-Chennai-kitsch is played out on screen. And suddenly, the chilly quiet of the cinema erupts with male cries. Thighs are slapped, tongues are smacked, and wolf whistles pierce the air when Rajinikanth aka Robot, 60 and going strong, leers at Bollywood’s first bahu in his best villain voice and proceeds to describe their momentous consummation and detail how the first human-robot baby would be made. “Come baby, give me a beautiful kiss,” he growls lustily. I giggle, feeling like a teen again.

In a feminist world, Rajinikanth’s roaring masculine populism would be unacceptable and dismissed as absurd. At a time when heroes go about preening and selling fairness cream and using botox in Bollywood, a 60-year-old man’s self deprecating joke on his baldness that mocks the incongruity of his image as Adonis-rolled-into-Apollo begs a response. How a guy with gawky limbs, bushy toupees and a strange accent is a sporting and war deity of hegemonic masculinity for Tamils can be answered best only in the realm of his fans’ imagination.

A Rajinikanth caper salutes the cult of masculinity as spectacle. It’s there in the exaggerated mannerisms, chutzpah, machismo and swagger. It’s a paean to the male alter ego that seeks to overwhelm and conquer. Rajinikanth’s sexual persona lends itself to idolatry of the masculine, a celebration of earthly urges. Dissident feminists like Camille Paglia said that such base impulses resist being tamed by evolution and political correctness. It holds good for Rajini as well. He remains a Dravidian Dionysian emblem—ecstatic, potent and virile.

It goes without saying that much of it is reflected in his fans’ desire to watch their hero act out their wildest fantasies. Affection and fondness for the female is invariably Oedipal in a Rajinikanth movie. “I worship the female as a mother deity,” he says in his films. His domestic affection for a comely maiden is of the canoodling type with comic effect, never of the post-modern uxorious variety. When he wants to play The Guy, he is a sexual predator, a virile gladiator.

The woman in his monster hits always kowtows to his sexual heroism. “All I need is to look at you and you’d be having babies in ten months,” he declares in Manithan, swinging a plump Punjabi heroine in his arms; when the heroine wants to play his boss in Mannan, he tells her that “no woman conquered him” in his “history”; and when a voluptuous dancer expresses desire for him in Padaiyappa, he rejects her for her candour.

It’s a formula that works to keep the idea of Rajini’s sexual impetus represented in various avatars, much like his mannerisms. He does the same as Robot when he raps with Aishwarya Rai, promising to “go places where Google searches can’t reach”. Rajini’s sexual profile is part of the larger patriarchal profile that his fans enjoy. This is evident while watching a Rajini caper at the cinema as his audience partakes of the energy. The heroine is taunted with boos if she dares give him a putdown on screen; she’s threatened if she gives him the hoof in the romance department. Peace reigns and heckles subside only once the heroine collapses before the wicked delights only Rajini can provide.

This is so even in Endhiran. The customary catcalls that accompany the heroine in a Rajini starrer greet Aishwarya Rai too. A lone voice calls out to her cheekily from the dark as she tears up while he gives her the brush off: “Oye, mami, taste this thunder!” She’s playing girlfriend to the nerdy scientist, and as part of their making-up routine, coyly kisses him on the cheek: “What’s this? Like a postman licking a stamp? I’ve had better,” he says insolently, and the crowd titters. The hall quietens only after Rajini gets a song and on-screen smacker that befits their hero’s stature.

Rajinikanth’s sexual audacity, like that of bad boy rock stars, has been nurtured by his performances over the years. A bit like the myth that keeps James Bond alive in British popular culture as a lethal male symbol, capable of unbridled sexuality even if the average bloke by the Bond Street pub is into self deprecating despair over making a move with the opposite sex.

Rajinikanth’s heterosexual innuendo is a stylised representation that his fans want him to play out on screen. It may be a mass media portrayal, but Rajini’s hardboiled machismo resonates well with his audiences. Whether it’s robotic or real  doesn’t matter. For his Tamil fans from Amingikarai to Atlanta, he is celebrated as the primal deity of love and war. He is the original heat. 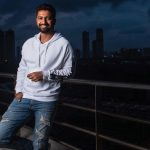