The Little Girl Who Refuses to Age

As the Amul moppet in her polka-dotted frock turns 50, the story of her journey as an advertising icon 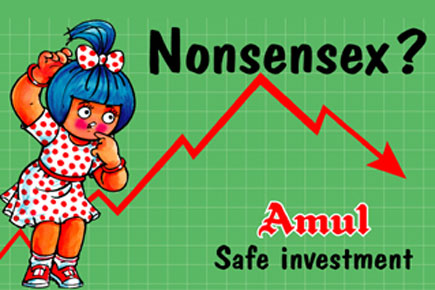 As the Amul moppet in her polka-dotted frock turns 50, the story of her journey as an advertising icon


Long before India underwent its White Revolution and became the world’s largest producer of milk and dairy products, a 35-year-old employee of a Mumbai-based advertising agency called Advertising and Sales Promotion (ASP) was given what seemed an uninteresting job. He had to come up with an advertisement for a brand of butter made by an organisation whose tagline read a boring ‘processed from the purest milk under the most hygienic conditions by a dairy co-operative in Gujarat’.

The employee was Sylvester daCunha, who was still to earn the reputation he later would in the advertising industry. The brand was Amul, of the National Dairy Development Board, a cooperative network of dairies, which was yet to achieve market recognition. Back then, Amul’s main competitor Polson—an older brand that had once held a monopoly over branded butter in India—was far more popular.

It was daCunha’s wife who had the first brainwave. She suggested the tagline ‘Utterly Amul’. daCunha revised it to ‘Utterly Butterly Delicious’. The agency’s art director Eustace Fernandes then created what would later turn out to be an enduring icon: a chubby little girl of about six or seven dressed in a polka-dotted frock and matching ribbon. Despite reservations about the grammatical correctness of the word ‘butterly’, the agency went ahead with both the catchphrase and the moppet, putting up ads on lampposts. But it wasn’t until later that the campaign caught the city’s attention—when a hoarding was put up with the line, ‘Give us this day our daily bread: with Amul Butter’.

It has been almost five decades since. Amul Butter’s advertising account has moved from ASP to daCunha’s own startup daCunha Communications, from the care of the father to his son, from a lovable little rhyme of an idea to a Guinness record for the world’s longest running outdoor ad campaign, and the girl who wears polka dots remains India’s most popular school kid. There is even a book, Amul’s India, that has been published to commemorate the little girl and her words of wit and wisdom.

The head office of daCunha Communications, above a Bata store on Colaba’s Walton Road, has a vacant look today. There has been a drizzle in Mumbai, local trains are running late, and employees are only just trooping in at 12.30 pm. Sylvester daCunha’s son Rahul daCunha, who took over in 1993 and is 50 years old himself, is among the few individuals in office. He looks relaxed. It is Wednesday, and like every such day, he has released the week’s Amul ads.

The agency creates a number of ads for a variety for clients. And while it makes Amul ads for different regions across the week, its deadline for hoardings in Mumbai is Wednesday noon. There are often moments when Rahul along with copywriter Manish Jhaveri and illustrator Jayanth Rane, the team that has been working on the ads for over 20 years, struggle with the puns and acerbic lines they have come to be known for, but today’s have been relatively easy. The topics were rounded up on Monday, and the ads were ready by Tuesday. “We pick the most topical news items, the ones that will continue to hold interest for a week,” says Rahul, “This time, we went for Rowdy Rathore and also Team Anna coming together with Baba Ramdev.”

One hoarding reads ‘Don’t Hungry Me’, a pun on Akshay Kumar’s “Don’t angry me” line from the film Rowdy Rathore. The other highlights Anna and Ramdev’s ‘Dostanna’, a word that means friendship in Hindi (and also the title of a 2008 comedy) with an extra ‘n’ to form ‘anna’ as its second half. There is also a third hoarding that has been put up across the country. This one, ‘Book Laggi Hai?’, plays on a Hindi word for hunger, bhookh, while also acting a plug for the Amul book just out.

From the 1960s to the 2010s, the decades might have gone by in what now seems like a blur, but the campaign has always held its audience captive. Every ad is a sly comment or observation on some news event or concern of the day. Such topical currency was not part of the original moppet idea. As Rahul says, it was only after one-off ads with lines like ‘Thoroughbread’ during a horse-racing season in Mumbai, ‘Bread without Amul—cholbe na, cholbe na’ during Kolkata’s hartals (strikes) of the 1960s, and ‘Hurry Amul, Hurry Butter—Hurry! Hurry!’ at the peak of the Hare Krishna movement, did Sylvester discover the power of acquiring a topical zing. “My father realised that these topical advertisements really caught people’s fancy,” says Rahul, “I think that’s exactly why the ad has continued to be such a success—because we’ve kept up with the times and laced it with humour.”

Unsurprisingly, not everyone has been impressed by the ads, particularly those who found their ribs being poked. Among the memorable run-ins Amul had under Sylvester, one was with India’s national air carrier when he came up with ‘Indian Airlines serves Amul butter—when it flies’ during a prolonged strike at the airline, and another with a women’s rights group in the 1970s, when Amul declared ‘Indian virgin needs no urgin’ in response to a controversial decision by London airport authorities to conduct virginity tests on Indian women to verify their claims of being married to UK residents (after protests, the latter adline was swiftly changed to ‘Urgin our virgin—accept our peace offerin’).

Rahul has also had his share of skirmishes. For instance, when an ad asked ‘Dalmiya mein kuch kala hai?’ in reference to suspicions about Jagmohan Dalmiya’s involvement in corruption, the former BCCI chief threatened to sue Amul for defamation. And when Amul went to town with ‘Satyam, Sharam, Scandalam!’ after Satyam’s Ramalinga Raju was arrested on charges of fraud, Rahul claims he received a terse note from the company’s board asking for an apology, else its employees would stop using Amul products.

In an essay in Amul’s India on how tracing the campaign’s arc is like tracing India’s over 50 years, columnist Santosh Desai writes that Amul’s celebration of several minor events in the 1970s—like when an English girl married a rickshawallah (‘For butter or for worse’)—was a reflection of the turmoil the country was going through at the time; India’s founding ideals had run aground and there was nothing to replace them. ‘As the national picture got gloomier,’ he writes, ‘the hoardings sought out little islets of cheer and focused on them instead.’ In the 1980s, the billboards began to cover the beginning of Liberalisation and resultant change in public discourse. After 1991, the ads traced the coming of age of India’s middle-class with a surfeit of ads portraying politicians as villains. Post-2000, he writes, they made a pronounced move to popular culture, with Bollywood and TV coming to dominate the hoardings.

Even the sketch of the girl has evolved a little. She is no longer as chubby as she used to be. As Rahul says, this is in line with new associations of slimness with health. The spirit of the exercise, though, is resolutely the same. Some of Rahul’s recent favourites include a billboard on the Kolkata Knight Riders’ IPL victory (‘Got’em Gambhir’) and another on Mamata Banerjee’s crackdown on spoofs that feature West Bengal’s Chief Minister with a whip (‘Kolkartoon’). The agency thought it prudent not to release the latter in Kolkata.

Otherwise, the agency regularly creates billboards for all four regions of India. There are recurring themes for each: football and Sourav Ganguly in the East, politics in the North, politics and Rajinikanth in the South, and Bollywood in the West. “There are very few national events,” says Rahul, “Unless it’s a major event like the Cricket World Cup or important news that affects all like a petrol price rise, people across the country have very few things in common.”

Jayanth Rane, the campaign’s 52-year-old illustrator, however, has another favourite. “My favourite is ‘Heroine Addiction’,” he says. This was in reference to MF Husain, who was said to be fascinated with Madhuri Dixit. According to the illustrator, he didn’t find the line particularly witty, but what made it memorable was the person it appealed most to. “Husain saab called up the office to say he had seen the ad in a small Uttar Pradesh town and found it so funny that he had taken a picture of himself along with it. He requested a copy of the ad,” he says, “Imagine, Husain saab!”