The House of Dimming Halos

The higher they rise, the harder they fall. David Davidar was the superstar of Indian publishing. Now sexual harassment charges by a former colleague threaten his career, and his reputation. 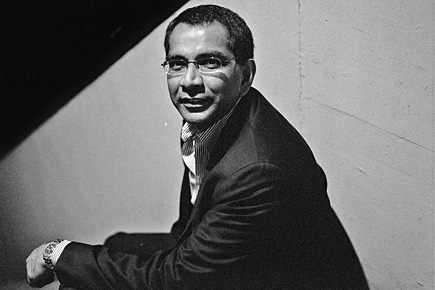 David Davidar was the superstar of Indian publishing. Now sexual harassment charges by a former colleague threaten his career, and his reputation.


No one could’ve imagined that one of the world’s brightest publishing careers could end this way. David Davidar, the Penguin man who practically turned ‘Indian writing in English’ into the rage it has become, and till last week CEO of Penguin International and President of Penguin Canada, was forced to resign on charges of sexual harassment. The accusation was levelled by Lisa Rundle, former director of the firm’s digital publishing and foreign rights department.

Rundle herself had been dismissed by Penguin last month, when Davidar was still boss. She has now sued Davidar personally for $100,000, and Penguin Canada for $423,000 for wrongful dismissal and the allegedly ‘harsh, vindictive and malicious’ way she was treated by the company after she complained about Davidar in March 2010. ‘Her dismissal was retaliatory to her making a sexual harassment complaint,’ goes the statement of claim filed on her behalf.

On its part, Penguin claims that Rundle resigned from her position after ‘having declined to pursue other career opportunities within the organisation’. She is not talking to the press, but her lawyer vigorously denies this, saying that she wanted to continue working for the company, just not directly with Davidar.

This comes as a shock to all those who have watched Davidar’s amazing ascent to publishing stardom. He was a young man doing a publishing course at Harvard when he caught the attention of… the then CEO of Penguin UK, Peter Mayer. “Peter took a liking to David. Just about that time, Penguin UK had decided to set up publishing operations in India. It started off in a really small way. I think their initial investment was something like Rs 5 lakh. Penguin India started off in David’s living room with one copy editor,” says Renuka Chatterji, chief editor at Westland, who worked at Penguin in its early days here. Thus did Davidar become publisher at 29, India’s youngest perhaps: the break of a lifetime.

“It was David who pushed for original publishing by Indian writers and did not settle just for a reprint list,” continues Chatterji, “Although there were other Indian publishers, it was by and large non-fiction, academic or semi-academic material that was being published. There was very little Indian fiction that was being published locally. And so, for the first time, Indian writers had a multinational imprint at their doorstep, so to speak.”

Davidar was a one-man publishing phenomenon, the man who launched a hundred authors, kindled authorly ambitions in thousands, and played role model to an entire generation of Indian publishers. “There probably isn’t a parallel of this sort anywhere in the world where one person has virtually created, and, in a sense, redefined trade publishing,” says Thomas Abraham, managing director of Hachette India, who succeeded Davidar at Penguin India, “That is something that he has built catering to a whole spectrum of authors from Vikram Seth to Shobhaa De.”

In 2004, Davidar left India to head Penguin Canada. In an interview published in Globe and Mail (October 2009), Davidar was introduced as ‘one of the country’s leading publishers, presiding over a renaissance in the brand’s presence in the literary marketplace’.

So, whatever happened in Toronto? According to Rundle’s legal filing, Penguin Canada’s human resources department was aware of at least one earlier case of sexual harassment by Davidar—of Samantha Francis, a former executive assistant. According to the claim, in summer 2008, Francis filed a complaint against Davidar with Ann Wood, vice-president of human resources, and also forwarded the complaint to Allan Reynolds, president and CEO of Pearson Canada, the local unit’s parent company. Rundle goes on to state that Davidar showed her a copy of Francis’ complaint and told her that Francis had since ‘come to her senses’ and recanted. Shortly after this conversation, Francis was promoted. Some months later, Francis left the company. Francis has confirmed this to the publishing journal Quill & Quire.

Rundle claims that her own harassment started in 2007 when Davidar began singling her out with leers and suggestive comments. His behaviour escalated in 2008; on several occasions, he purportedly phoned her late at night asking to be let in. Rundle says Davidar later began sending inappropriate e-mails and text messages. Last year, he is said to have written that he ‘could do very little except think of [Rundle]’, that she was ‘utterly gorgeous’, ‘a vision in pink sipping a champagne cocktail’, and that she should not be ‘stubborn’ or ‘fight’ him.

According to her, it culminated at the Frankfurt Book Fair last October, when Davidar appeared at Rundle’s hotel room door, ‘wearing excessive cologne, with buttons on his shirt undone down his waist… He told her to relax and just let him come in. She refused’. She claims that she climbed on a windowsill to avoid her boss and again asked him to leave. ‘He forcibly pulled her off the ledge and grabbed her by the wrists, forcing his tongue into her mouth,’ according to the claim.

By Rundle’s version of events, she repeatedly asked for different responsibilities within the company that would not involve reporting to Davidar, but was turned down. In the end, she obtained legal counsel, and on 13 May, went back to Penguin with her concerns. Later that day, she was notified of her termination.

As Open goes to press, Davidar’s defence is still under preparation, though in a statement e-mailed to the media, he says that he is ‘utterly shocked by the allegations’ of sexually harassing a former colleague. He adds that he intends to fight the suit in court, and that he is ‘certain that the truth will prevail’. Further, ‘I had a friendship with my colleague which lasted for three years’. Also, that he is ‘dismayed that Penguin Canada chose to respond to them by directing me to leave Penguin’.

Davidar plans to return to India to pursue his career as an independent author full time, and already has six chapters of a new novel ready. By the look of the fierce loyalty he commands in India from former colleagues, he need not fear the reception. “I don’t think there is a better publisher in the world,” says Harper Collins’ chief editor V Karthika, who worked with Davidar at Penguin. “He was an incredible combination of somebody who knew, who could articulate that knowing, and persuade an author to follow his ideas and write,” adds Karthika, “There was nothing he couldn’t do as a publisher.”

And there are others who credit Davidar for the fact that Penguin India is now Asia’s largest English language publisher. Yet, Davidar’s public profile won’t ever be the same again. No reputation, no matter how big, can live down the implications of a sexual harassment charge.

Writes Nilanjana Roy, columnist and literary critic, on her blog, ‘For all of us who know David or who have worked with him in publishing, the urge to spring to his defence will be great, but it will be a while before either he or Lisa are free to speak openly about the charges.’ Indeed. Perspective is hard to come by when the public mood is so completely one of adulation. Adds Roy, ‘I understand how it is for any woman to file charges of sexual harassment—it takes courage, and it is not something you do lightly. If Lisa Rundle has gone through the trauma she describes, I believe that she deserves justice and reparation.’

Speaking to The Toronto Star, Rachna Davidar, David’s wife, said: “We’ll get through this together.”